When will we ever lose the appetite for construction? 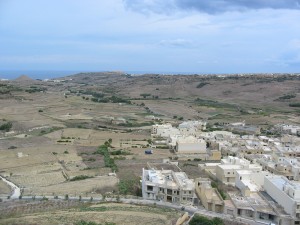 A  number of sobering statistics concerning the built-up footprint of these islands (25%, compared to a European average which is less than 5%) and the staggering number of vacant buildings (72,000, or roughly one-quarter of the total local stock) have been bandied around so much that they been watered down into mantras and clichés which have lost somewhat their sting, failing to wash anymore.

This perhaps is symptomatic of how oblivious we have become to the every-mushrooming concrete expanse around us, which is smothering open spaces and literally painting us in a corner. No wonder that just 112 submissions (or representations, as the technocrats would have us call them) have been made to MEPA during the two-week consultation on the revision of ODZ policy objectives, which expired on the 16th of September. Of these, 70% (79 representations) emanated from NGO’s, including Din l-Art Helwa, the Malta Water Association, Ramblers, the Light Pollution Awareness Group and the Permaculture Research Foundation, as well as from Alternattiva Demokratika and the Environment Protection Directorate of MEPA.

The remaining 41 representations, by individual applicants or by their architects, mostly called for the promotion of agri-tourism (through the sanctioning of some form of constructions, unobtrusive as they might be, presumably for the ‘generation of economic activity’), whilst some even went as far as making preposterous suggestions. The most poker-faced of these called for an ODZ disused livestock farm and horse paddock to be converted into a residence, whilst another called for the inclusion within development boundaries of an ODZ plot (within a Strategic Open Gap, to boot) in Mosta. A renowned wedding venue in Wardija went as far as requesting for the inclusion of adjacent parcels of land within their perimeter, as per revised policies.

Not all is rotten, however, in the state of Denmark, as they say, with a number conscientious members of the public making judicious submissions, such as the following: ‘Stop issuing permits in ODZ and reject further applications in ODZ to avoid the destruction of what remains of Malta’s countryside’. My hunch is that we are in for more agony in the coming months and years, with the pillage and onslaught of our ODZ areas continuing unabated, as if no lessons were learned from the 2006 ‘rationalisation’ delirium.