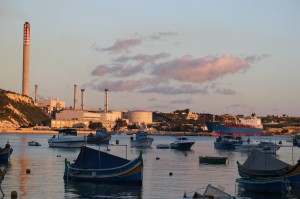 One really has to feel genuine sympathy for the residents of Marsaxlokk and Birzebbugia. If you listen to the rising pitch of the gas storage tanker debacle, they either face being choked by air pollution or being blown up by a gas leak. At this rate they may soon all pass out with anxiety.

Every day they have had to listen to ominous predictions of disease and misery if we do not change our ways and convert to gas, with politicians assuming the style of street preachers who chant, ‘Repent now, the end is near!’

The poor residents must have been scared stiff to hear the gas tanker being compared to 50 atomic bombs, as big as three football pitches, berthed outside their bedroom windows like a sleeping dragon.

The Prime Minister popped in to tell everyone that the project is absolutely safe. Yet on prime-time television he was then confused about whether Marsaxlokk and Birzebbugia form part of the same port, which was hardly reassuring to the fishermen who are worried about maritime collisions and rough seas and have called the plan a froga.

This week there were questions about the safety of letting off fireworks near gas tankers and everyone looked at each other and scratched their heads, hoping that it was somebody else’s problem.

The permit will be granted on Monday. Many voices have called on the government to slow down and study the consequences and alternatives but, as the Borg said on Star Trek: ‘resistance is futile’.

Like so many other services and benefits, reductions in electricity tariffs for a period of five years will quickly be absorbed and taken for granted by everyone. People are in favour of switching to gas, but they are understandably upset at the thought of living close to a massive floating gas storage facility. This thought will soon be transformed into tangible reality.

The gas storage tanker will stay at Delimara for many years, visible to anyone in the port, and it could be hard for the residents of the bay to completely overcome their fear of it. The government might have to struggle with its unpopularity long after the tariff reductions are forgotten.