Opening of the Bir Miftuh Music Festival with a concert sponsored by the Italian Embassy and Italia Cultural Institute. Further details will be announced. 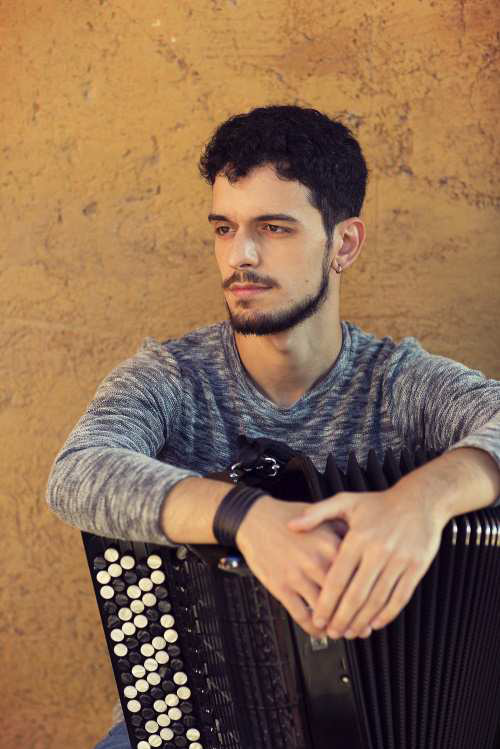 Solo Voyage – A Classical Accordion Recital by Pietro Roffi supported by Istituto Italiano di Cultura under the patronage of the Embassy of Italy.

During this performance, Roffi will develop the extreme versatility of the accordion, an instrument that  “is almost an orchestra in itself”.

His performance will be a “voyage” through centuries of music, starting with the famous Inverno by Antonio Vivaldi (1678-1741) precisely describing the icy (…Caminar sopra il ghiaccio) and windy (…Al Severo Spirar d’orrido Vento) atmospheres of the wintry season.

It will proceed with the piano collection Po zarostle’m chodni’cku (Sul sentiero di rovi), Nase vercery (Le nostre sere) by Czech composer Leos Janacek (1854-1928), in which forgotten times are recalled through the evocative poetry of this very personal music.

The four pieces by Astor Piazzolla (1921-1992) are a gift to the audience. The rhythmical essence of S’il vous plait and Sentido unico, the agonizing story of an unrequited love, will alternate with the nostalgic feeling of Chiquilin de Bachin, dedicated to a child flower seller in Buenos Aires, and with the religious sounds of the Ave Maria.

The central part of the concert includes five beautiful miniatures by Edvard Grieg (1843-1907), part of his piano collection Lyriske stykker (Pezzi lirici) re-adapted for the accordion.

The last transcription is the Danse Macabre by Camille Saint-Saens (1835-1921). The piece is an exultation of  virtuosity in an atmosphere. both macabre and grotesque, in which Death plays an out of tune violin surrounded by the dead performing an infernal dance.

The powerful harmonies and the hammering rhythm of the Rondo’ Capriccioso by Wladislaw Zolotarjov (1942-1975) will end the concert.

Pietro Roffi – Classical Accordion – born in 1992, is recognised as one of the best performers of the new generation. This talented musician possesses the extraordinary ability to turn his accordion into various intruments.  He studied at the Conservatorio Santa Cecilia in Rome and has won many prestigious national and international competitions.  He has performed in Europe, Asia and South America as soloist in chamber music and as soloist with world renowned orchestras and academies, such as the Philharmonic Orchestra of Tivoli in Copenhagen and the Royal Academy of Music in London.  In 2014 he made a concert tour of China, performing in Beijing, Tianjin and Nanjing.  He also toured Argentina giving thirteen recitals to enthusiastic audiences.  Pietro Roffi focues on classical and contemporary music and his repertoire ranges from baroque to innovative contemporary music.  He currently teaches accordion at the Italian Academy of Music and Art in Rome and he collaborates with major Italian composers in the writing of new works for the accordion.

Concert starts at 20.00 hrs. at the Chapel of Sant Marija ta’ Bir Miftuħ, Gudja (opposite the airport) Tickets €20 per person include refreshments after the performance in the medieval chapel grounds.

This concert is part of the Bir Miftuh Music Festival, this year in its 20th edition.  The other concerts will take place on:

Sat 28th May,  A Double Bass and Harp Concert by Gjorgji Cincievski, Double-Bass, and Esmeralda Galea Camilleri, Harp, sponsored by the Embassy of France together with the Alliance Française de Malte – Méditerranée

Sat 4th June, A Guitar concert featuring Liat Cohen with the kind patronage of HE Oren David, Ambassador of the State of Israel.