President of the International National Trusts Organisation, will focus on the fundamental pillars underpinning a community’s future, sustainable environmental management and balanced land use. 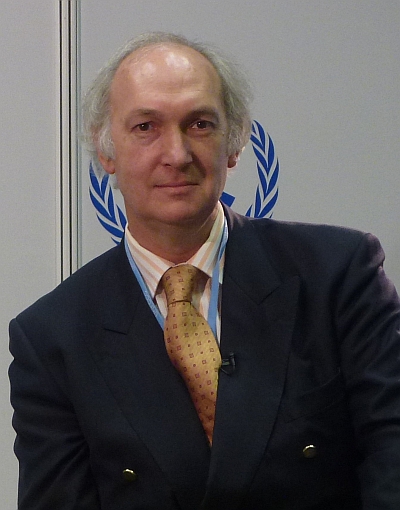 Professor Simon Molesworth, an Australian, has been a Queen’s Counsel for twenty years, since 1995, specialising as a barrister in environmental, planning, heritage, natural resource and climate change law. He has been a Professorial Fellow with Monash University since 2013 and prior to that was a professor with La Trobe University’s Institute of Social & Environmental Sustainability. He is a Certified Environmental Practitioner and a fellow of five professional institutes covering diverse disciplines including law, environmental management, planning and management.

Professor Molesworth has been the Executive Chairman and President of the International National Trusts Organisation (INTO) since its foundation. INTO brings together National Trusts and like heritage organisations world-wide with combined memberships of more than seven million people and a supporter base of tens of millions more.

He is the author of The Victoria Declaration on the Implications for Cultural Sustainability of Climate Change and regularly speaks at international and national fora on topics as diverse as climate change, sustainability, renewable energy, environmental policy & law and heritage.  In 1985 Professor Molesworth became a founder of the then Environment Institute of Australia, an inter-disciplinary professional institute of practitioners whose core discipline is environmental management, becoming its public officer upon incorporation, remaining in that office for 15 years. Overseeing its expansion into New Zealand, he was EIANZ president for ten years.

A recipient of many awards, including the Australian Environmental Law Award for being a person who has “made an outstanding contribution to the development and understanding of environmental law in Australia“. In 1994 he was appointed a Member of the Order of Australia, primarily for his services to the National Trusts in Australia. In 2012 he was elevated to an Officer of the Order of Australia for “distinguished service to conservation and the environment, to heritage preservation at national and international levels, to the professions and natural resource sectors”.

Professor Molesworth will be visiting Malta on the invitation of Din l-Art Helwa and will deliver a public talk on the importance of planning and the protection of the environment and heritage in densely populated areas at the Old University of Malta in Merchant St., Valletta on Wednesday, September 16, 2015 at 11 a.m.  He will also be meeting environment NGOs, academics and planners involved with environmental management and sustainable development.