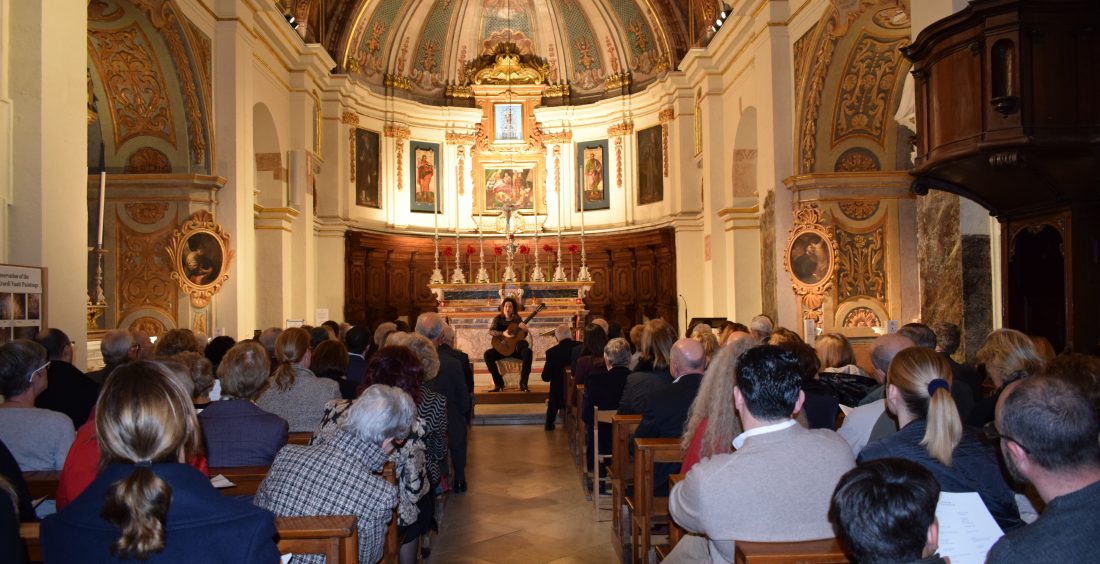 Critique by Dr Abraham Borg and Pics by Joseph Chetcuti. 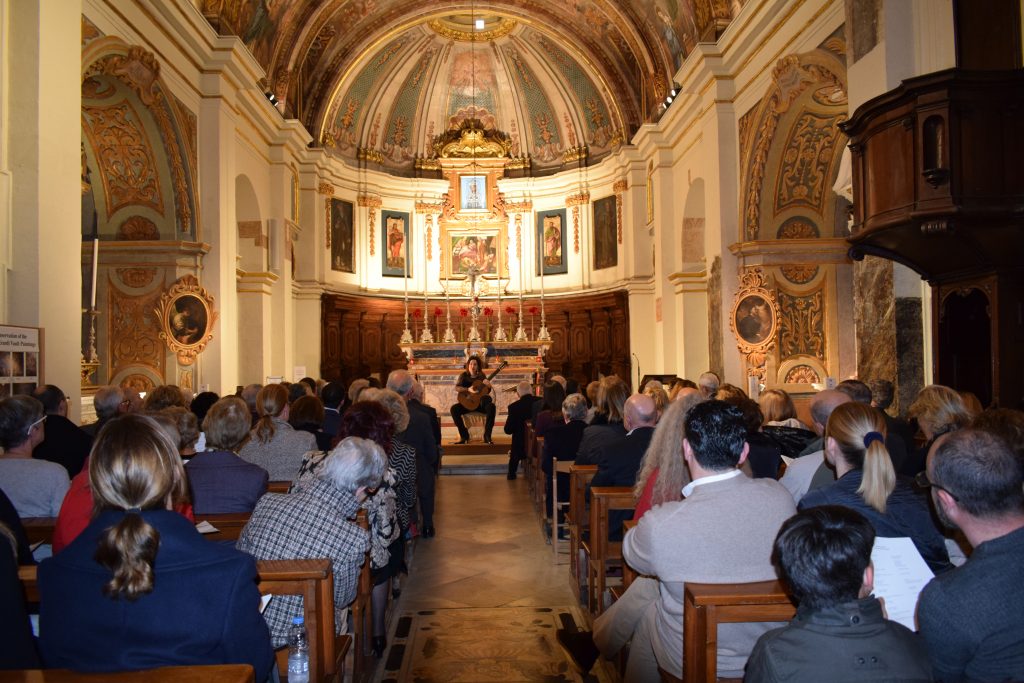 The audience at Our Lady of Victory Church in Valletta was regaled with a dazzling Classical Guitar Recital by the Franco-Israeli classical guitarist Liat Cohen, a rare treat by a musician rightly hailed as ‘the princess of the classical guitar’. The concert, presented by Din l-Art Helwa to support the Victory Church’s ‘Façade Fund’, lasted some 75 minutes and consisted of a musical journey by a remarkable musician, an array of Spanish and South American (Argentinean, Brazilian and Venezuelan) composers, with the inclusion of Johann Sebastian Bach and the Russian Nikita Arnol’dovich Koshkin. Some of these works are indispensable in the repertoire of every guitarist. 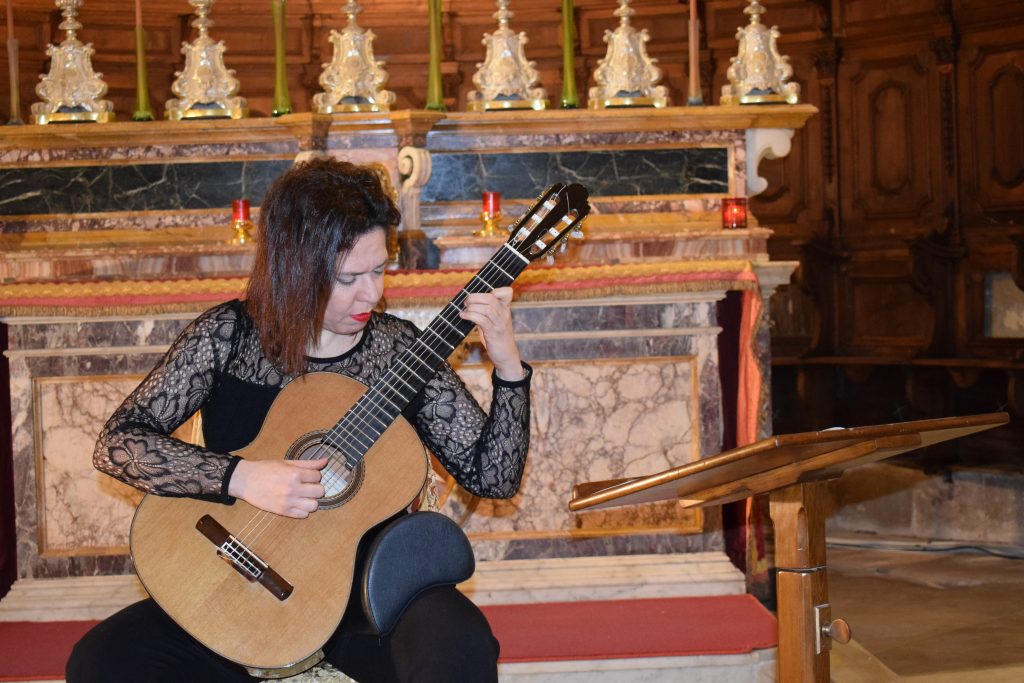 Liat Cohen introduced the evening with Bach’s (1685–1750) beautiful Prelude BWV998 in E flat major arranged for guitar. This was followed by the Brazilian Heitor Villa Lobos’s (1887-1959) Prelude No.2 in E Major, the second of Five Preludes (1940), also known as Melodia capadócia (Capadocian Melody). Villa Lobos’s rebellious spirit had led him to the street musicians of Rio de Janeiro in his youth, something which had a permanent effect on him, and the Melodia refers to a mischievous character of the Rio de Janeiro Carnival. The second Villa Lobos piece, Étude No.8 in C sharp minor, is one of the Douze Études composed in 1929. It was charming to watch the intense feeling that Liat Cohen infused in her superb and polished playing and how this reached to her audience.

Spanish works included Enrique Granados Campiña’s (1867-1916) La Maja de Goya from the Tonadillas en estilo antiguo (1914), played with technical finesse, and three works by Francisco de Asís Tárrega y Eixea (1852-1909), considered as one of the greatest guitarists of all time. These included two original pieces for the guitar, Capricho Árabe, and Recuerdos de la Alhambra, two lovely works of which Liat Cohen gave a flawless rendition, obtaining very warm applause, and the Fantasía Sobre Motivos de La Traviata, a transcription of some arias from Giuseppe Verdi’s (1813-1901) well-known oeuvre. Ms Cohen showed she was much at home in this lovely selection, infusing in her playing a rich, mellow and silken sound.

The Argentinean composer Ariel Ramírez (1921–2010), renowned for his unwavering efforts to bring his country’s folk music to the widest possible public following the years spent absorbing the music of the Indios, Gauchos and Creoles, featured in the evening’s programme with Alfonsina y el Mar (1991), inspired by the tragic death of the poet Alfonsina Storni who drowned, walking out to sea after writing her last poem, Voy a dormir (I’m going to sleep) – a deeply expressive composition performed with notable elegance.

The South American selection included Antonio Lauro (1917-1986), a Venezuelan musician of Italian origin who was chiefly inspired by the Nineteenth Century creation of Valses Venezolanos by talented national composers. Like other Latin American composers, he felt the need to keep alive the musical heritage of his country and was convinced that this genre could also encompass pieces for the guitar, although his first interests were the piano and the violin. Liat Cohen played one of the Cuatro ValsesHYPERLINK “https://en.wikipedia.org/wiki/Valses_venezolanos” Venezolano, which Lauro composed in 1938-40 when he was in Ecuador. This short Valse was impeccably executed.