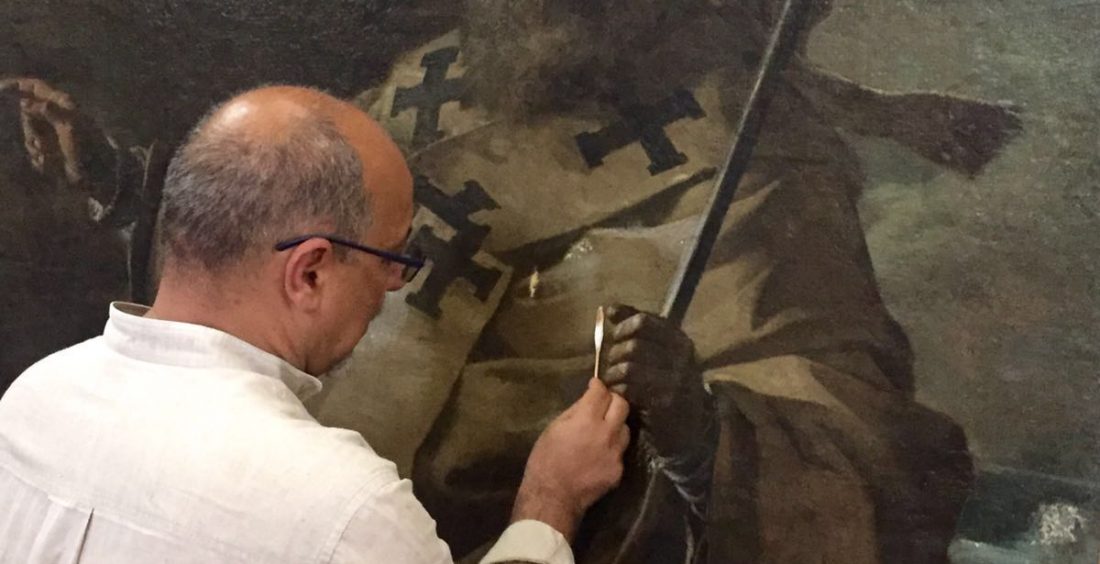 CHOIR STALLS AT OUR LADY OF VICTORY CHURCH TO BE RESTORED

The 18th C carved wooden choir stalls at Our Lady of Victory Church are to be restored due to a donation from Simonds Farsons Cisk Plc and Farrugia Investments Ltd. to Din l-Art Ħelwa.    This was announced by  Simonds Farsons Cisk Chairman Mr Louis Farrugia who with group officials of Farrugia Investments visited the church  to see the restoration programme which is now at an advanced stage. They were welcomed by Ms Maria Grazia Cassar, Executive President of Din l-Art Ħelwa and other council members of the heritage organisation.  Ms Simone Mizzi, overseeing the restoration project of the church explained that the choirstalls were in a most neglected state and have suffered damage from insect infestations and damp due to their close proximity within the bastion walls of the neighbouring St James Cavalier.  One of the peculiarities of Victory Church is the fact that its apse was enlarged in the 18th century to allow space for choirstalls to be established behind the main altar.  This required the building to penetrate inward through into the  bastion walls of St James Cavalier and thus also allow for a part cupola to be built.  Din l-Art Ħelwa said the restoration of the choirstalls will also provide a unique moment for studies to be made of the way this extension was built and of the state of the wall abutting into the cavalier.    The Farsons Group through its Foundation have also supported the restoration of the church and helped to establish its Treasures of the Sacristy Museum. 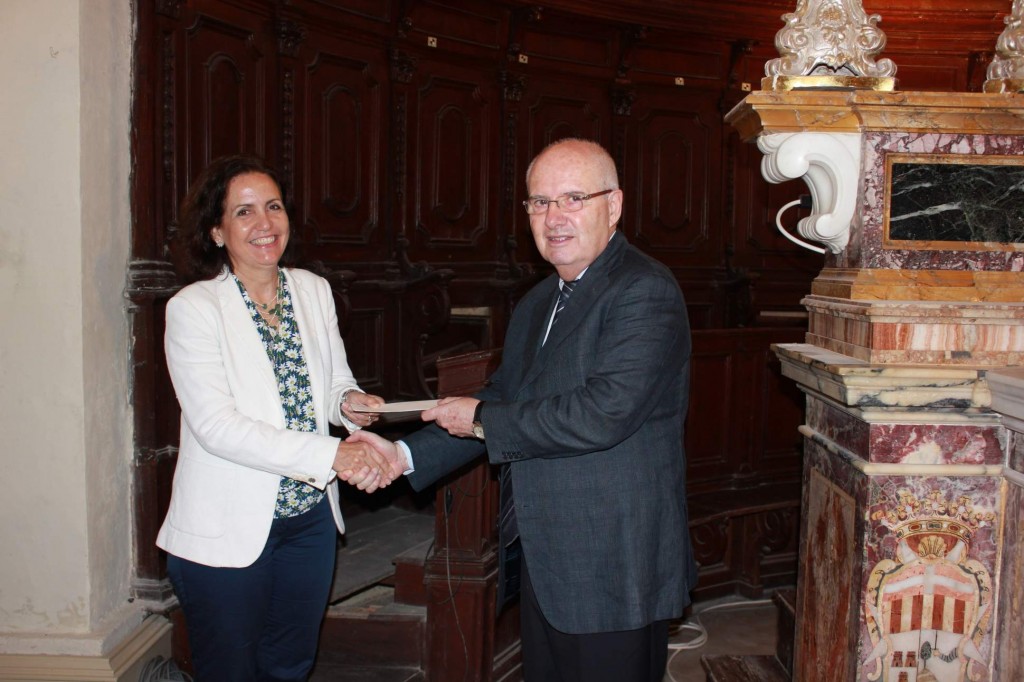 The recently announced fiscal advantages to companies supporting heritage NGOs in their efforts to conserve Malta’s rich cultural heritage is being seen as a healthy collaboration between the private sector and Malta’s voluntary organizations.

Among the generous donors who have come forward to support Din l-Art Ħelwa, the Eden Leisure Group is providing the funds for the restoration of the organ mechanism at Our Lady of Victory Church in Valletta.

Mr. Robert Buhagiar B.Eng. (Hons) started work on the 18th century musical instrument early this year and is now about to try out the bellows that would give the organ its voice.  Mr Ian de Cesare, Chairman Eden Leisure Group, visited Mr Buhagiar’s workshop to see for himself the progress in this painstakingly meticulous task.

Mrs. Maria Grazia Cassar, Executive President, Din l-Art Ħelwa, while thanking the Eden Leisure Group, remarked, ‘It is so appropriate that a company engaged in providing today’s entertainment is so generous in donating funds to bring back to life an old instrument that gave  joy to so many for the past 250 years or so’. 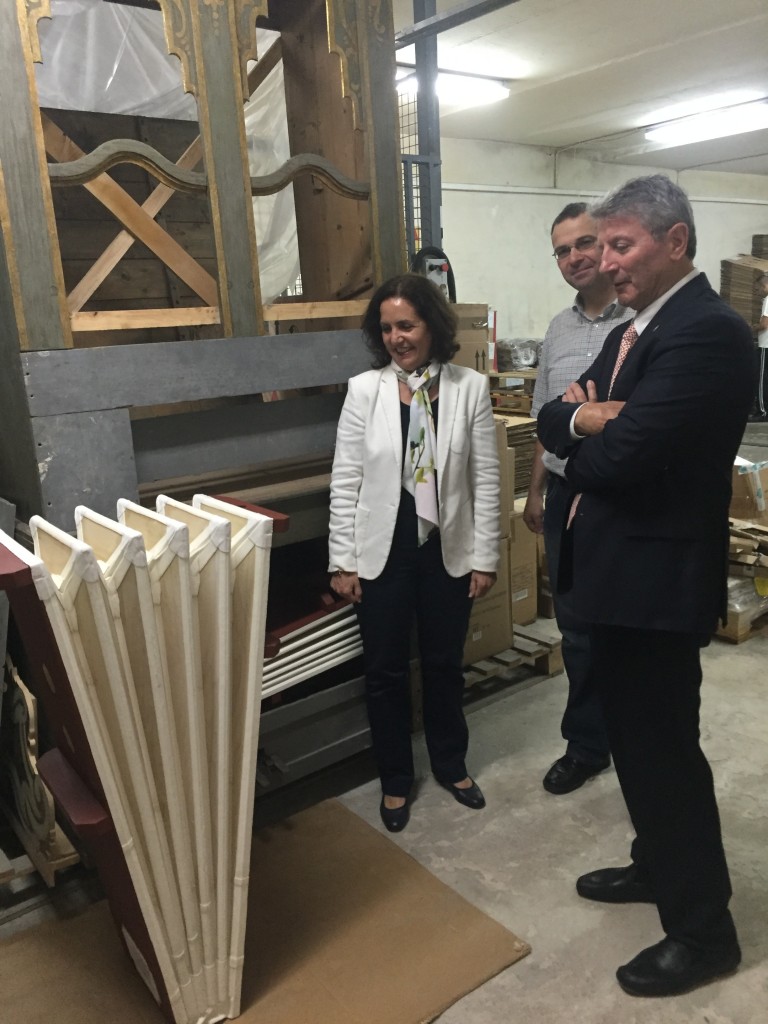 The Malta Industrial Parks Ltd is supporting Din l-Ħelwa with a generous donation which will enable the heritage NGO to restore the 17C façade of its Melita Street headquarters which is located in a baroque palazzo nobile together with the corner premises on Old Bakery Street.   Mr Tony Zahra, Chairman of the Malta Industrial Parks Ltd visited Din l-Art Ħelwa and was welcomed by Din l-Art Helwa Executive President Maria Grazia Cassar and Simone Mizzi, Vice President.  Ms Cassar expressed her thanks to Mr Zahra on behalf of the organisation and said this support was most timely as the restoration of the extensive façade enabled Din l-Art Ħelwa to carry out one of the main objectives of its 50th Anniversary Year.  Mr Zahra said Malta Industrial Parks was happy to contribute to the work so that this prestigious corner of Valletta receives the upgrade it deserves during Din l-Art Ħelwa’s Golden Anniversary and before 2018, the year Valletta is European Capital of Culture.  Formerly owned by the Manoel Foundation, and then described by Victor Denaro in his book, The Houses of Valletta as ‘la Peintressa’,  the premises was occupied after WW2 by the Malta Relief Fund.  Since 1967 the building is the centre for Din l-Art Ħelwa’s activities and frequented by heritage lovers and members of the organisation. 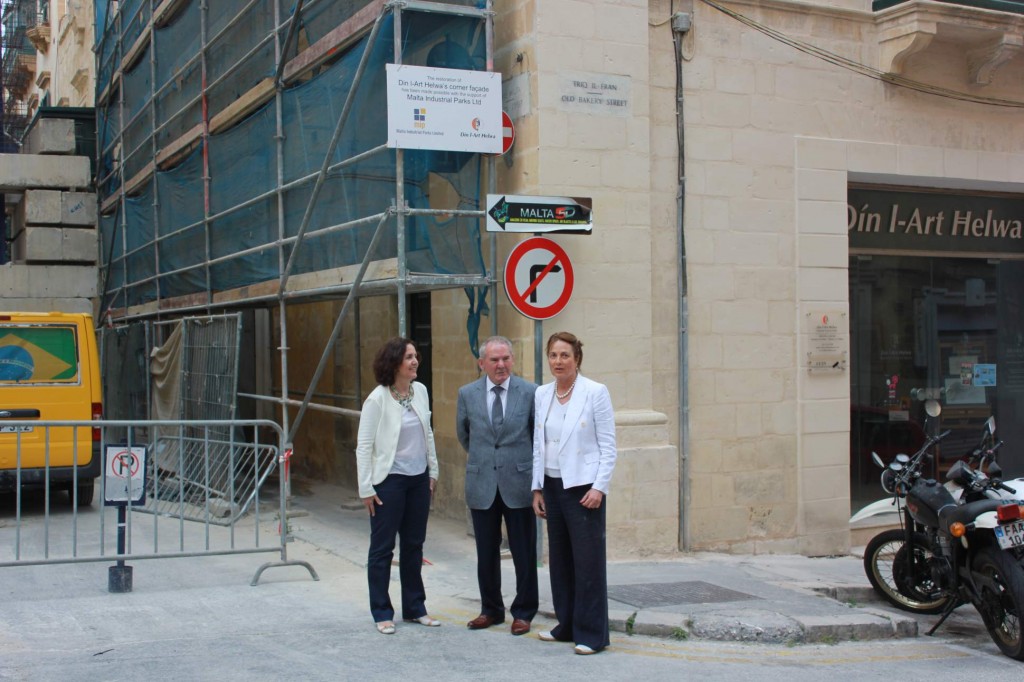 Volunteers at Din l-Art Ħelwa never cease to wonder how miracles do happen.  One at a time, the seven  Mattia Preti paintings, which adorn the little Sarria Church in Floriana, are finding donors who generously invest funds in Corporate Responsibility to support the restoration of these heritage jewels.

This time, it is Mr. Paul Mifsud, Managing Director Sparkasse Bank Malta plc, who has offered to fund the restoration necessary to return the St Nicholas oil painting to its original splendour.  Giuseppe Mantella Restauri have committed to complete the work within a few months.

The Saint Nicholas of Bari is one of the seven works painted by Fra Mattia Preti, il Cavaliere Calabrese, on commission by Grandmaster Nicholas Cottoner as a pledge to the Blessed Assumption for deliverance from the plague in 1676.  This particular painting depicts the Grandmaster’s patron Saint, St. Nicholas of Bari,  who is said to have saved a group of infants from being martyred in a cauldron of boiling water.  The young children appear at the foot of the Saint, while on the opposite side a putto holds a sheaf of Cotton, representing Grandmaster Cottoner’s coat of arms.

Din l-Art Ħelwa is grateful to Sparkasse Bank Malta plc and trusts that the new legislation regulating tax rebates on funds provided for the salvage of our heritage will encourage other serious donors to offer their support for finalising the last two remaining works by Preti still awaiting restoration at Sarria. 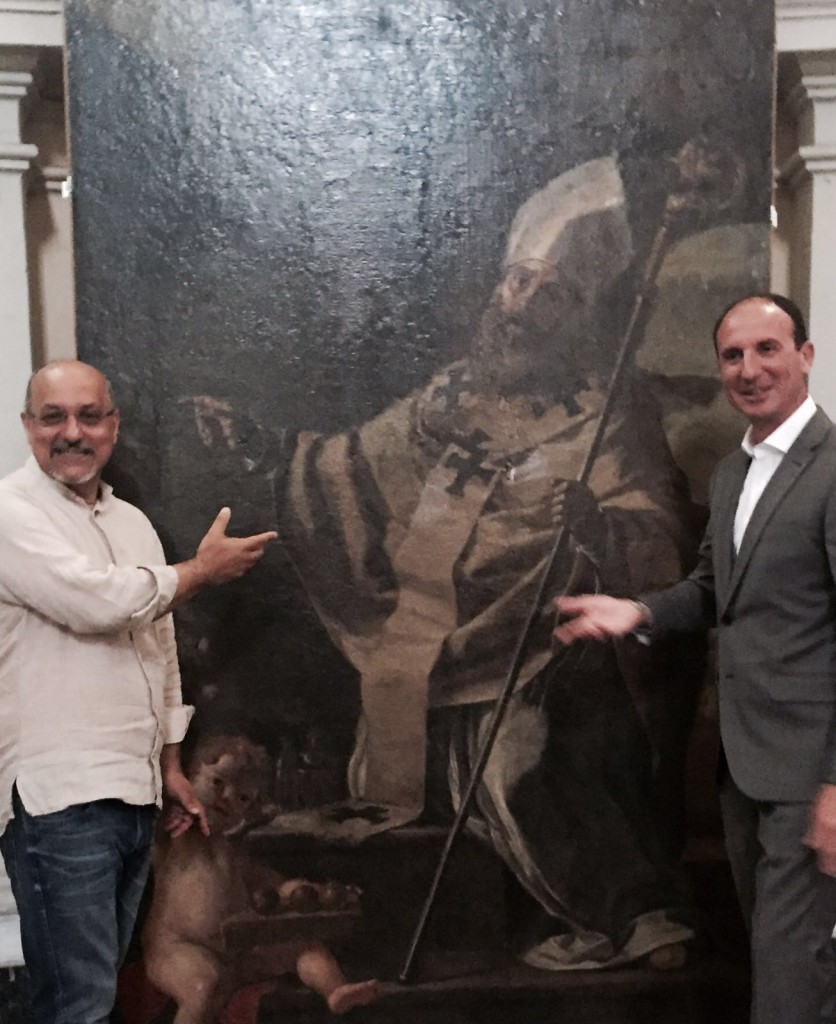 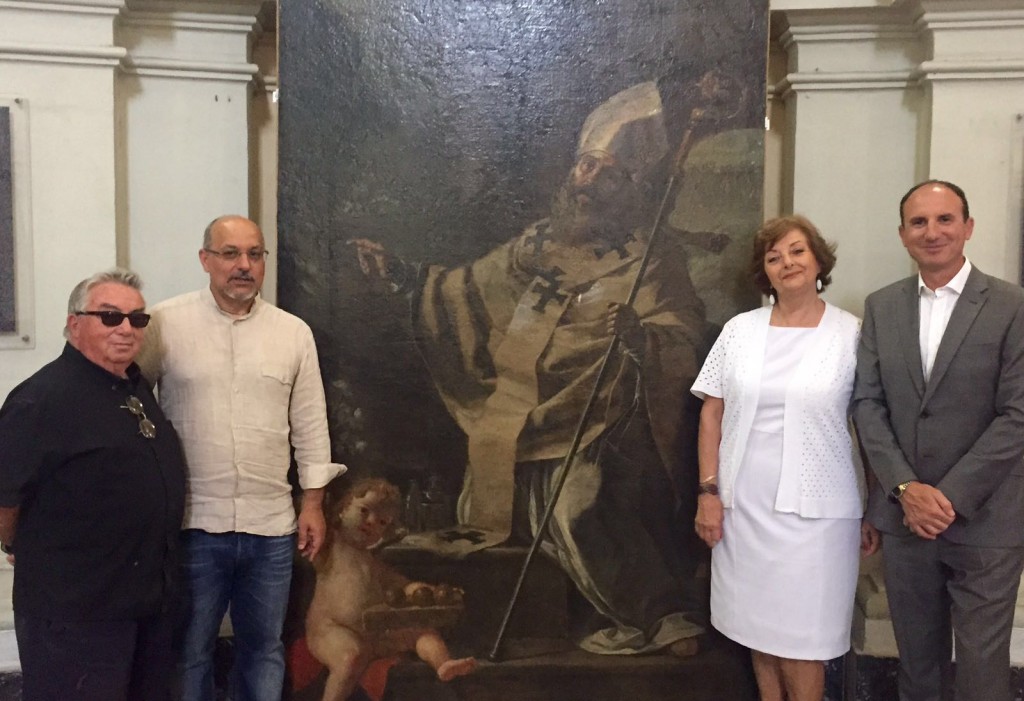