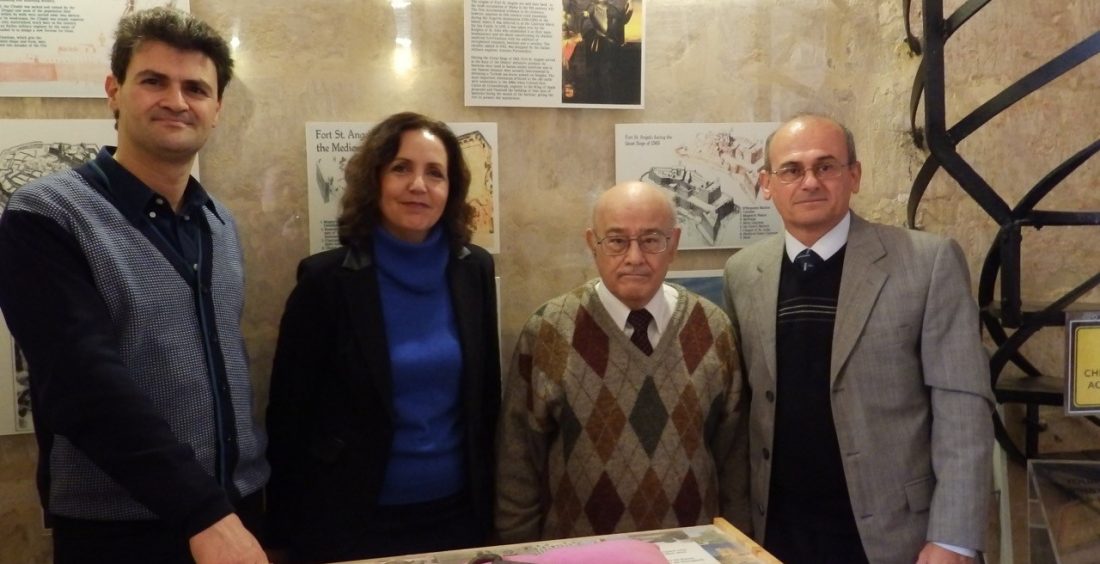 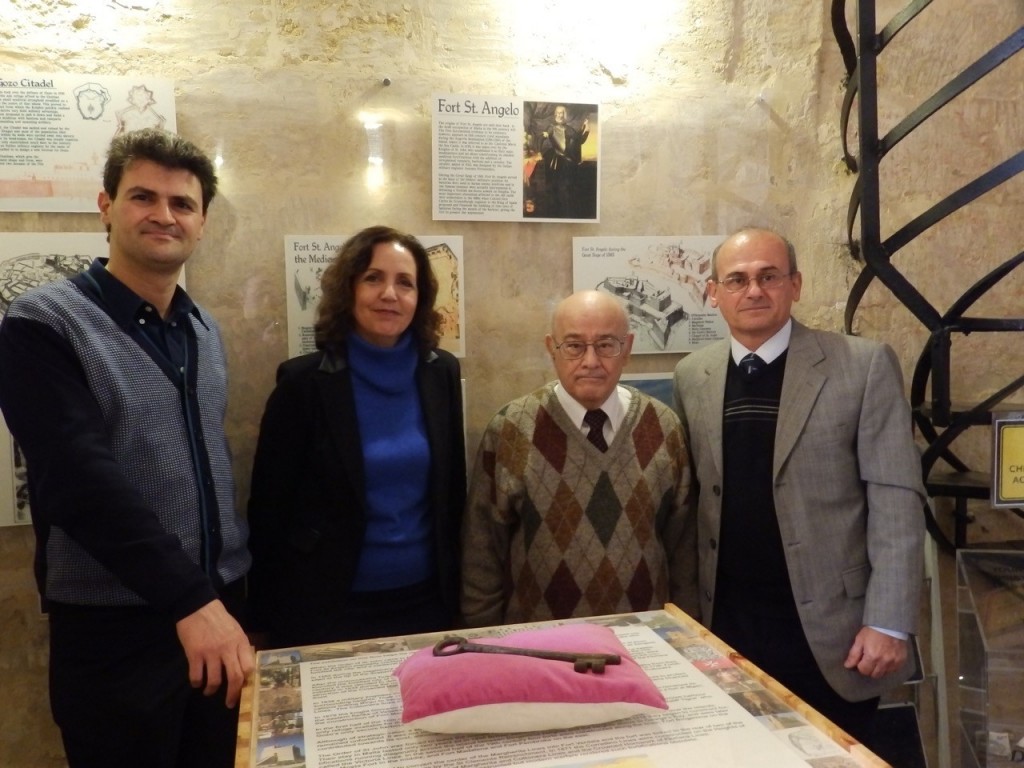 An original, grand old fashioned iron muftieħ, the 17th century key of the entrance door to Wignacourt Tower, has recently been generously donated to Din l-Art Ħelwa, guardian of this Tower, by Mr Max Farrugia.

The story of this historic relic is proof of the love that the Maltese have for their heritage and of the value that volunteering has in the safeguarding of this heritage.

In the early 1990s, Mr Farrugia had bought this key at the Valletta Sunday flea market. It was enclosed in a presentation box together with other smaller keys. An accompanying note just stated that the keys originally belonged to Wignacourt Tower.

It is thought that the Post and Telephone Dept, occupants of the Tower between 1937 and 1963, opted to keep the key when handing over the premises. Since the stone staircase in front of the entrance door had already been demolished, the door key would not have been of any use to future Tower occupants. How the precious object eventually ended in possession of a flea market hawker, is unknown. What is certain is that when Mr Farrugia brought it to the tower and tried it out together with Mr Martin Vella, Wignacourt Tower warden, the muftieh fitted into the keyhole and functioned to perfection, to their great satisfaction.

The historic key has now taken pride of place close to the original door to the tower and can be viewed by visitors to this, Malta’s first coastal tower, dedicatd by Grandmaster Wigncourt to St Paul.