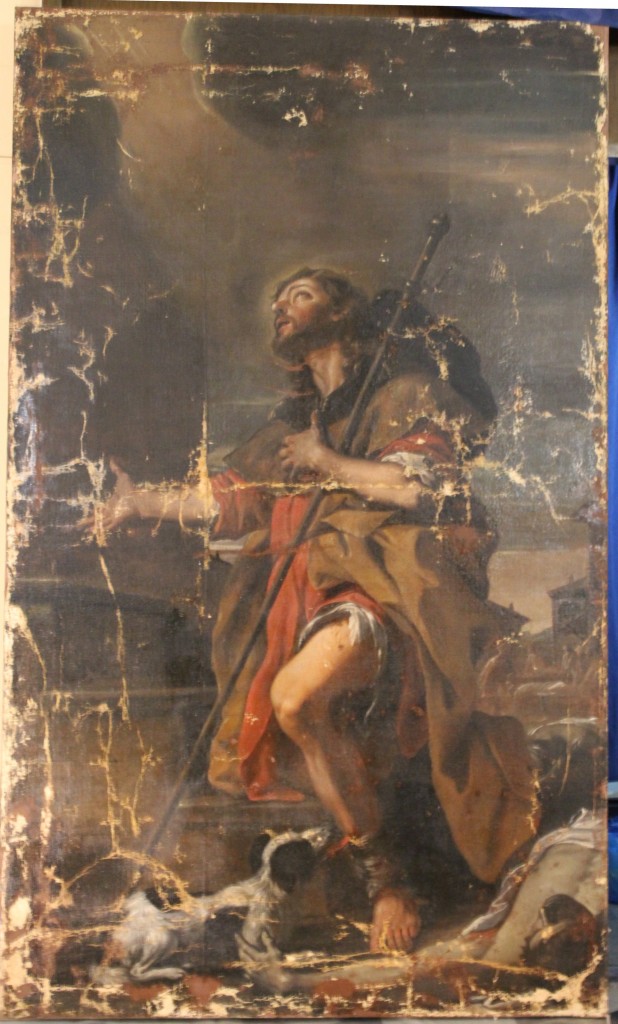 Following the restoration of Mattia Preti’s splendid Immaculate Conception and of the St Sebastian, St Roque is the third painting by this renowned baroque artist to be given a new lease of life thanks to Din l-Art Ħelwa’s ambitious project of saving the seven Preti paintings at Sarria Church in Floriana.    The painting was found to be in a perilous state of decay and its restoration is being made possible through the generous sponsorship from MSV Life and from part of the proceeds of an exhibition of abstract paintings by David G. Curmi, entitled “Pictures at an Exhibition” which was held last March at  Auberge d’Italie, Valletta.

Timed to coincide with the 400th Anniversary from the birth of Mattia Preti, last year saw the Heritage NGO organize the restoration of the larger than life titular painting of the Immaculate Conception completed, while that of the St Sebastian was completed the year before.    All the paintings in the church are in one way or another connected with the plague.  The restoration project has been entrusted to Giuseppe Mantella Restauri and is being carried out with the support of the Superintendence of Cultural Heritage.

Mattia Preti, born at Taverna in 1613 in Calabria, became official artist of the Order of St John. Having lived in Malta most of his life, he became known as ‘Il cavaliere calabrese’ and he left the island a great artistic legacy.   Sarria Church was built in 1676 on the site of an earlier church constructed in 1574 which was also dedicated to the Immaculate Conception.

In December 1675 there was an outbreak of plague in Marsamxetto which quickly spread to Valletta, to Senglea and by April 1676 had spread to Zurrieq. Malta lost a third of its population. Grand Master Nicholas Cottoner felt that only the divine intercession of the Immaculate Conception, with her renowned power over evil, could stop the plague andhe ordered that Sarria’s small church be rebuilt in grander style as a vote of thanksgiving for her intercession. He commissioned Mattia Preti to design it and the artist in fact took charge of its building. It is the only known church in the world to have been designed and built by Preti and it houses no less than seven paintings all by him. These artistic contents including the monumental titular painting, were designed to fitted architecturally into the stone housings he created for them and all saints depicted are connected in some way with the deadly disease. In May 1676 Mattia Preti presented the Grand Master with a model of the church. The plague was halted.

St Roque is known primarily for being a pilgrim saint of the late 13th Century who gave up his noble family’s wealth to tend to the sick and needy in Europe curing victims of the black death by marking them with a cross.  He is said to have survived the plague and his iconography depicts him mainly with a dog that saved his life by licking his wounds and bringing him a daily loaf of bread.   The painting of Sarria bears the typical Preti flourish and energy and its russet hues still impress even today. 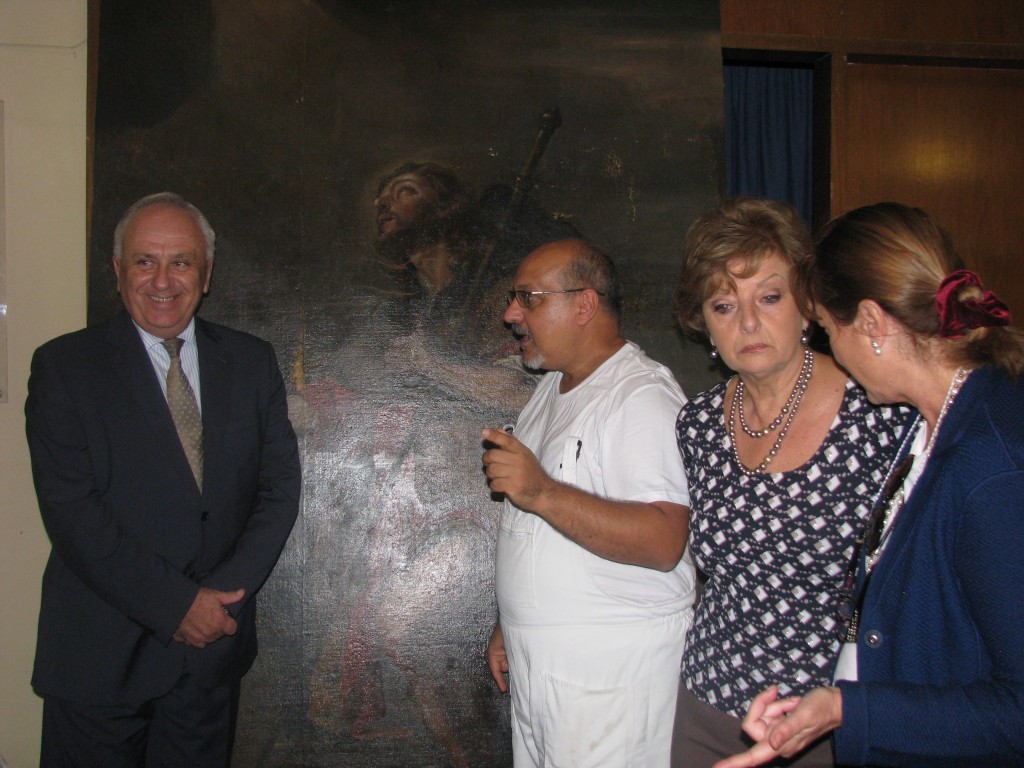 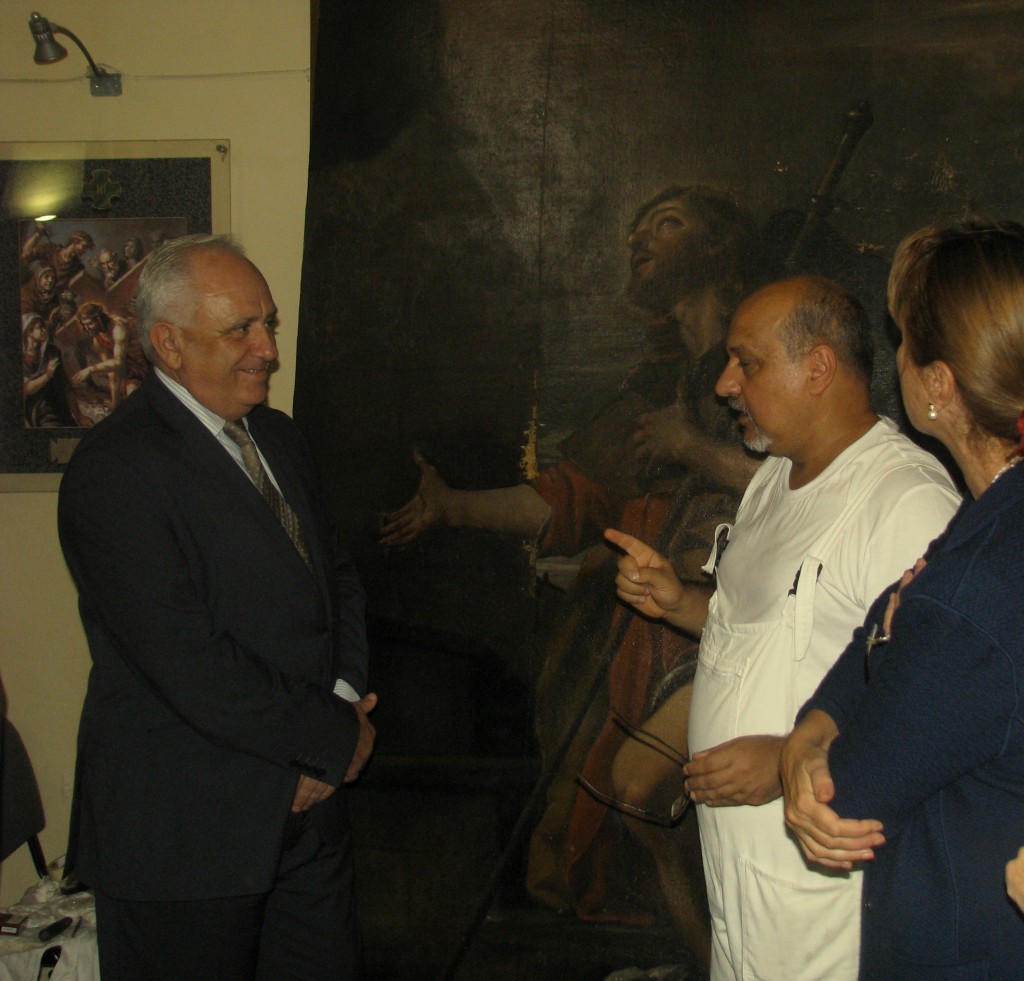