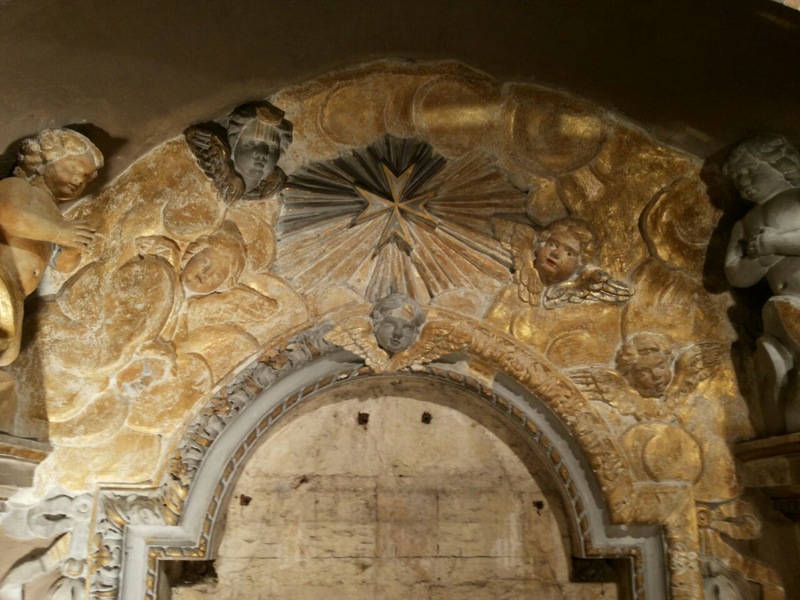 This is the arch over the St John of God Altar which is being brought back to light, after the removal of layers of paint and grime, by Giuseppe Mantella Restauri, at Our Lady of Victory Church, Valletta.  DLĦ Is grateful to The Alfred Mizzi Foundation for their generous support.

To celebrate 100 years in business Alf. Mizzi and Sons Ltd. through The Alfred Mizzi Foundation will be extending its sponsorship to Din l-Art Ħelwa’s project of the restoration of the altars at Our Lady of Victory Church and of their elaborate carved stone niches. 2015 will commemorate a hundred years of active contribution by this established and respected firm and its dynamic presence within the business community which happily also coincides with the 50th Anniversary of Din l-Art Ħelwa, founded in 1965, to safeguard and preserve the cultural and natural heritage of the Maltese islands.

Conservation work by the Giuseppe Mantella team is advancing to reveal the original gilding and polychrome marbled effects on the altar dedicated to St John of God as patient cleaning of several layers of inappropriate paint and centuries of grime is slowly yielding results. The Alfred Mizzi Foundation has been contributing to this project for the last four years and is now contributing another generous sum towards the completion of this project.

The Altar of St John of God was the last altar to be established in Victory Church, the first church of Valletta.  The altar piece was brought to the church in 1745 by its owner, the Chaplain of Obedience, Fra Domenico Xerri at the request of Grant Master Manoel Pinto de Fonseca (1741 – 1773).  The chaplain had popularized the cult for the saint and in 1797 St John of God was chosen as the patron of the Donats of the Order of St John.  Donats are people who are associated with the Order without being full members in any of its grades.  The Order’s eight pointed cross without the upper arm, symbolizes the Donat’s status, and some are buried within the church as can be seen from the marble tombstones that adorn the church aisle.

Recent cleaning has revealed the original inscription over the altar in its gilt cartouche and shows the dedication to St John of God in 1746.  The decorative scheme that is being uncovered is believed to be the first one dating back to the early 18th Century and while over painting and rising damp have caused deterioration especially in the lower layers,  the scheme that is being revealed, with its gilding and marbled effect,  is one of the very few that have survived permitting further understanding of an original decoration in a baroque church.

Simone Mizzi, Executive President of Din l-Art Ħelwa express her gratitude to the Alfred Mizzi Foundation on behalf of the organisation saying that this gesture was one in a long series of generous sponsorships which have made the mission of Din l-Art Ħelwa possible over the years. 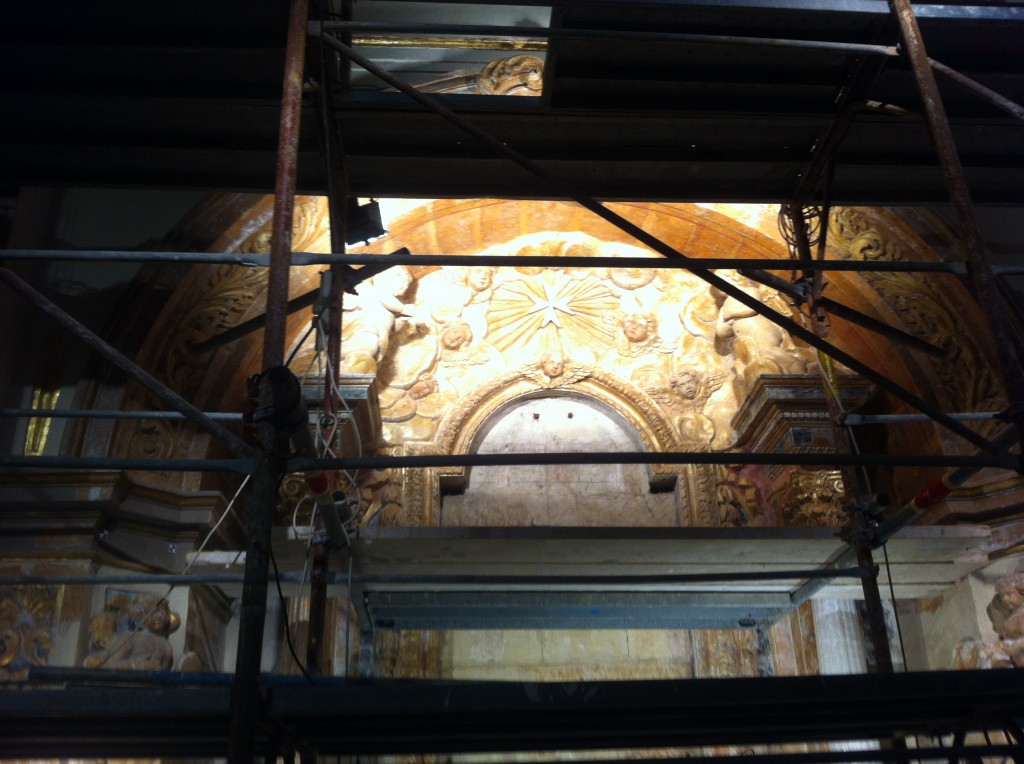 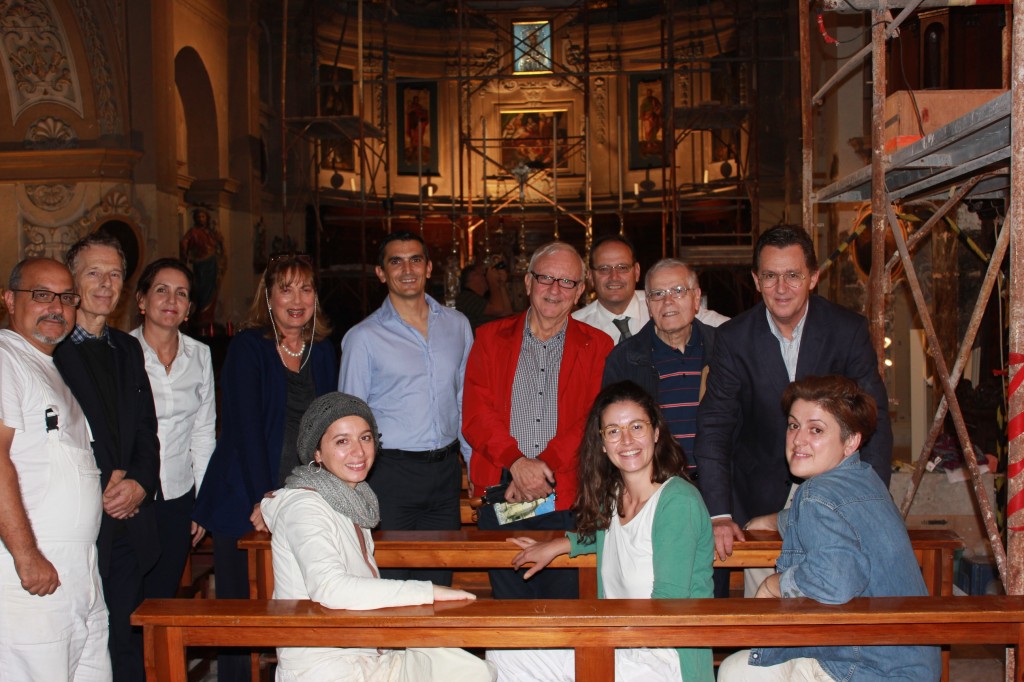 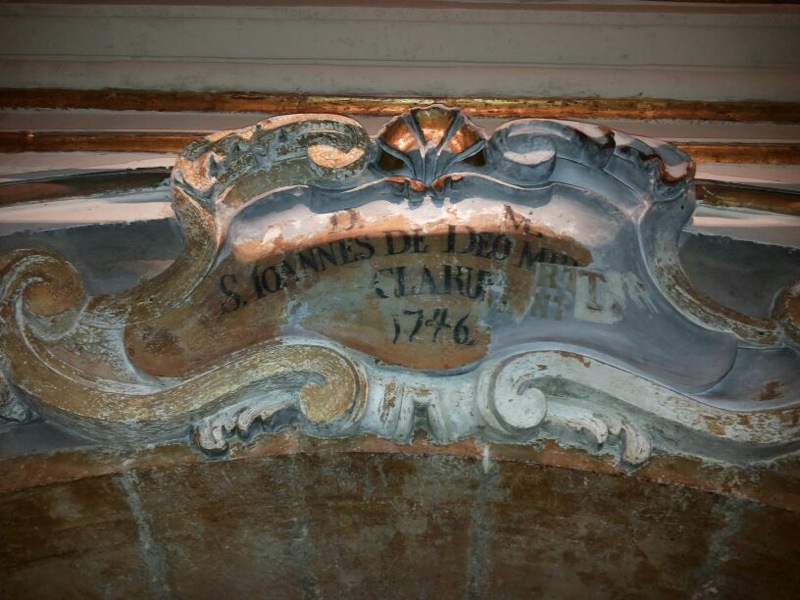 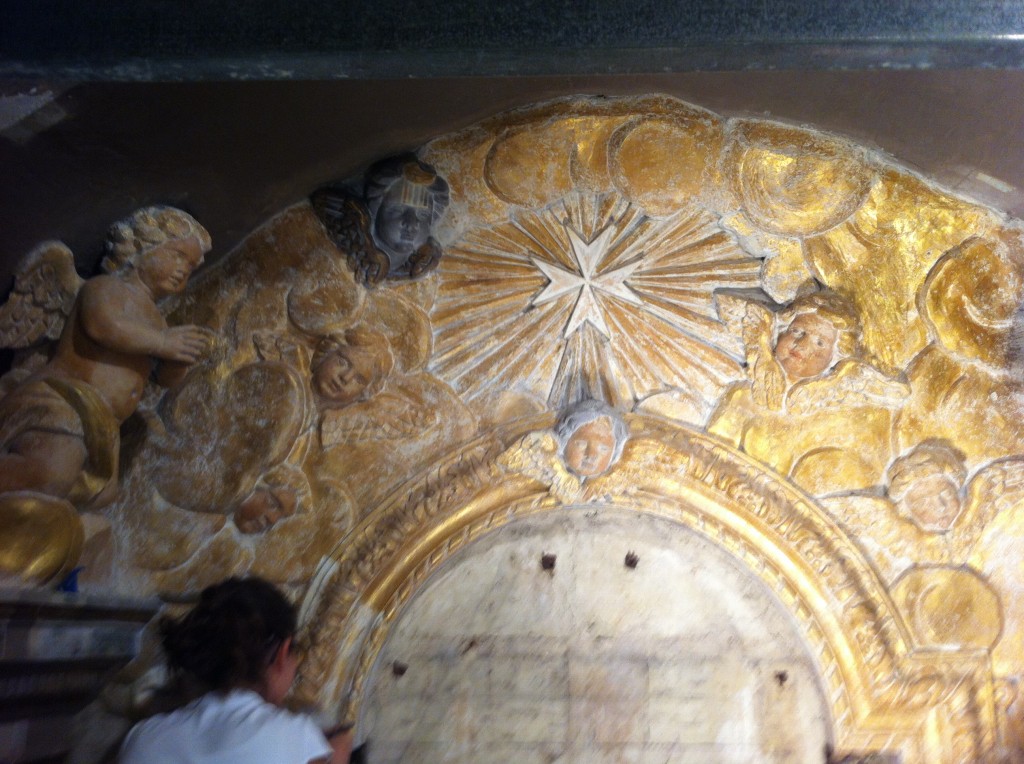