The farce has to stop – Alex Torpiano 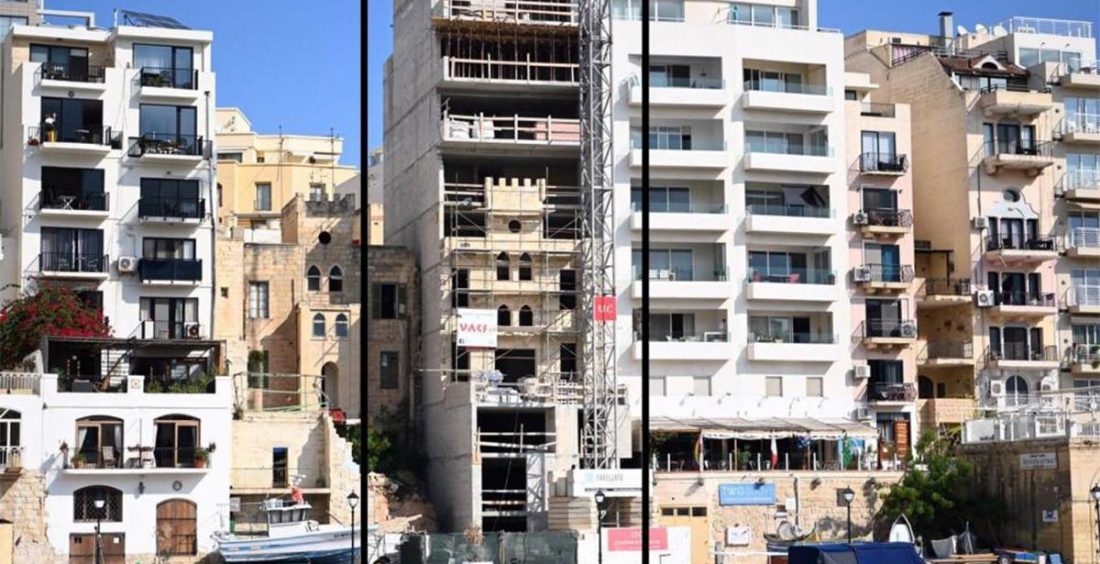 The Planning Authority farce of protecting heritage buildings while burying them under multi-storey extensions is changing into a tragedy. The misguided concept of protecting Grade 2 scheduled properties but allowing them to be overpowered by multi-storey extensions, perched on top of the ‘protected’ facades, has been called out many times by Din l-Art Ħelwa, and others. The debacle in Spinola Bay, which has recently hit the headlines, is but the extreme application of absurd planning/design policies that serve to confirm their own absurdity.

The architect currently in charge of the works is correct to say that everything that is taking place is according to approved documents, available publicly. However, when one explores, even cursorily, the history of the relative planning applications, one understands how the system works.

I traced the story back to PA1309/16 and PA3219/16, which were applications relating to the two 19th-century twin houses. The two houses are (or were, now), in the words of the Superintendence of Cultural Heritage, “19th-century townhouses of historical and architectural value”, which had already been proposed to the PA for scheduling. The reluctance of the PA to schedule these buildings needs to be explained to the community.

The demolition of the interior of the houses, and the construction of additional floors, was apparently first approved by PA02134/02, possibly after a Court of Appeal decision, which, however, instructed, inter alia, that the existing building was to be retained in its entirety, except for altera­tions that did not “interfere” with the main architectural features of the building. The decision also required that the developers should submit a comprehensive design scheme for both twin houses, preserving symmetry, both on the front and on the back.

One feature emerges in all the applications for this site, including PA03219/16, PA02294/18 and PA02302/19. In practically all cases, the Superintendence of Cultural Heritage starts off by ‘bravely’ recommending refusal of the proposals or by requiring extensive changes. By the end of the determination process, however, the SCH somehow declares that the proposals “do not present any evident threat to the cultural heritage” and approves the restoration or works method statement.

And, of course, the planning officer duly records, in the report prepared for the commission, that the SCH had no objection to the dismembering of the cultural asset they were proposing for scheduling!

To be fair, the planning officer dealing with the PA03219/16 application clearly recommended refusal of the proposal; but, inexplicably (because there is no explanation), the application gets approved nonetheless.

At the stage of the 2016 approval, however, the heritage building was still retained in its original position, with the overlying apartments restrained by this set-back building line. It is the 2018 application that opens the road to the seaward facade being dismantled and realigned with the adjacent buildings – with no objections from the SCH or the Design Advisory Committee. On the contrary, the latter committee was not averse to the proposal, “strictly from the design point of view”, as long as the same treatment is applied also to the twin property adjacent.

Let us prepare ourselves for the same thing happening to the building next to it!

This example is not unique. Only up the road, the Zaha Hadid Tower literally crushes the once-proud, historic Mercury House into submission to contemporary greed.

In Pietà, Ħamrun, Sliema, St Julian’s and other places, death by ‘conservation’ is a shameful, ongoing process. In one example, a whole historic house was approved for demolition, with the heritage authorities however insisting that a stone niche be preserved and set into the replacement concrete facade.

In Spinola, we can see the unmitigated absurdity of pretending to preserve buildings of historic and architectural value while allowing them to be desecrated in this way. We can see the absurdity of 17 pages of permit conditions, none of which have any effective significance for the creation of good quality architecture and urban design.

The result of this farce is all around us. We can see the consequence of years of fake ‘conservation’ policies espoused by the authorities, urged on by speculators, which robbed Malta of its architectural heritage, both that of the past as well as the contemporary one.

This is our plea: stop this farce now! 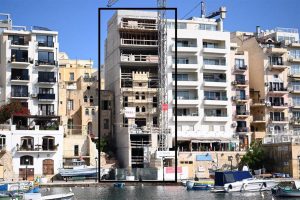