Interview: ‘Traditional streetscapes will soon only be seen in coffee table books’ 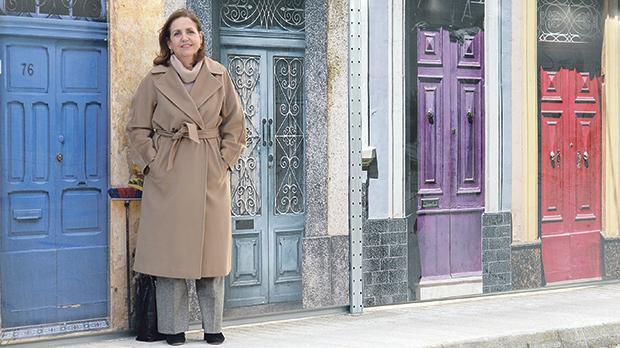 Four years down the line, outgoing Din l-Art Ħelwa executive president Maria Grazia Cassar finds herself repeating the same gripes in the face of development and destruction: too much, too fast. But she also knows that the worst thing would be to give up.

From when you took on the role of DLĦ executive president in 2015, how has the situation in Malta changed as regards heritage and the environment? How has your own outlook on the status quo and the future changed?

There has been a lot of change in Malta over the past four years, and I have to say both heritage and the environment have suffered greatly. We have only to look around us to see the effects of the building frenzy everywhere. It is not only disfiguring what was a unique architectural landscape but making life rather unbearable, with the consequent effects on health and lifestyle.

There is a dichotomy, however, as many public and private projects have greatly improved degraded areas through sensitive and intelligent regeneration and conservation, including Pjazza Tritoni, for example (before the container shops were introduced).

My own personal position has not changed at all. In fact I would quote the very same things I said when I first took on the role of DLĦ executive president: too much and too fast; not enough planning and long-term vision; ugly is not a necessity and beauty is not a luxury.

Looking back, has your stint at the helm of DLĦ been a fruitless and thankless battle overall, given that a tidal wave of development and demolition has hit Malta?

You are right in describing it as a tidal wave, as just as we face one battle there seem to be another three or four looming on the horizon! However, every achievement in saving part of Malta’s incredible patrimony must be deemed as a success, no matter how small. The worst thing that could happen to us is to become complacent, or give up, which is why I cannot bear to hear, when discussing the probable demolition of a degraded building, the argument: “What on earth do you want to save?”

We must continue speaking out, and in the end, the decision makers will listen. What is very encouraging is that the public has also become engaged, especially when it affects their neighbourhood.

What would you say was the NGO’s biggest achievement during your term of office; and what was its biggest failure?

I believe one of the biggest achievements during my term of office was when we won the appeal on the Townsquare high-rise development, along with the other appellants: Flimkien għal Ambjent Aħjar, the Sliema local council and the Environment and Resources Authority.

I felt vindicated that DLĦ’s insistence that the tower would be seen over the Valletta skyline was legitimate, and in fact, the height has been considerably scaled down in order not to be seen from the other side of Grand Harbour. It was unfortunate that the Mrieħel appeal was not successful.

Another first for DLĦ was the sentence whereby contempt of court proceedings were initiated over the failure by the Planning Authority to protect St Ignatius Villa from partial demolition. We have also recently been granted the right to appeal the refusal to schedule this building of extremely high historical and architectural importance.