Not in any of our backyards – Alex Torpiano 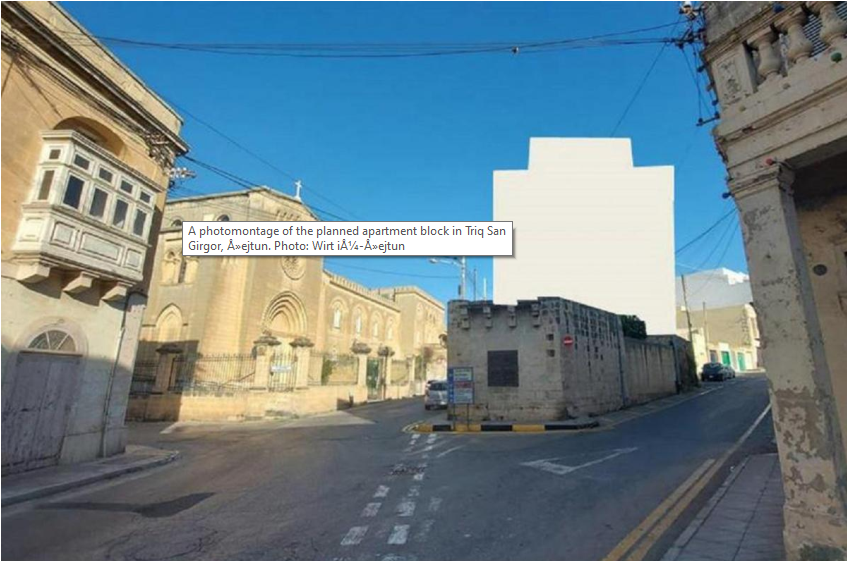 A few days ago, the President of the Republic expressed his dismay that a beloved, still well preserved, street in his Żejtun was destined to be ruined by the application of the infamous Annex 2 of the 2015 Development Control Design Policy, Guidance and Standards.

The president was criticised for not speaking out before about the widespread damage that the same policy has caused, and is causing, everywhere in Malta and Gozo.

I do not agree with this criticism. In expressing his heart-felt concern about his street, he was articulating the concerns of many people in Malta and Gozo who feel that their street and, hence, their way of life is threatened by similar developments. Many people feel angry, and also helpless, about what is happening.

The fact that the president expressed himself in defence of his street should confirm to them that they are right to think that such development is bad and also fill them with determination to vociferously express their anger about a Planning Authority that shrugs its shoulders, seemingly helpless, as if planning for a better environment is not within its
remit.

I would urge everybody, especially politicians, professionals, community leaders, young people, to stand up and condemn whatever is happening to their street. If we all shout loud enough, even our deafest politicians will hear us.

Indeed, politicians seem to be content with blaming each other for this state of affairs. It all started in 2005,” says one side. “You made it worse in 2015,” says the other. Frankly, are we not fed up of this game? Politicians have consistently messed up planning for the community mainly because they are captive of the lobby-vote system in our islands.
Recently, the environment minister called for a mature discussion on the issue. I agree, let us have a mature discussion but let us not start from the premise that change is too expensive. A government is entitled to legislate to determine appropriate land use and to promulgate development regulations. No compensation is due to anybody if the designation of an area changes from one use to another or from one rule to another.

The so-called right to develop does not exist. The permit to develop is issued by the community (us) and becomes a right only when such permit is issued. If a planning permit is subsequently revoked, then I would acknowledge that compensation may be due. But there are no billions involved as a consequence of amending local plans to give us a better built environment.

On the contrary, do not the people living in a particular street who have invested their savings in their homes and built them in accordance with the planning rules of the time, creating a street with a particular character, have a legitimate expectation that they can continue to enjoy their property in serenity, retaining their current quality of life?

And, if we are going to talk about compensation, how about compensation for the mental stress from dust, noise and vibration that the ‘rights to build’ impose on the neighbours, or for the change in value of properties, resulting from the degradation of the neighbourhood by the development, or for overshadowing roof areas by the pencil developments that are plaguing our towns and villages? These roof areas are rendered useless for drying clothes,
let alone for amenities such as roof terraces and gardens or for expensive solar panel arrays.

We have an obligation to solve the mess that our islands are developing into and we have to do it today. It is not enough to champion “sustainable development” if our legacy for our children is not a built environment of better quality and better-preserved nature areas. I suggest that what politicians fear is not the threat of compensation – when did compensation ever stop a government from legislating, for example, on rent regulations – but the threat of a vote withheld because of a supporter who has to be told, “sorry, in the interests of the common good, you cannot have that”.

But the mood in the country is changing.