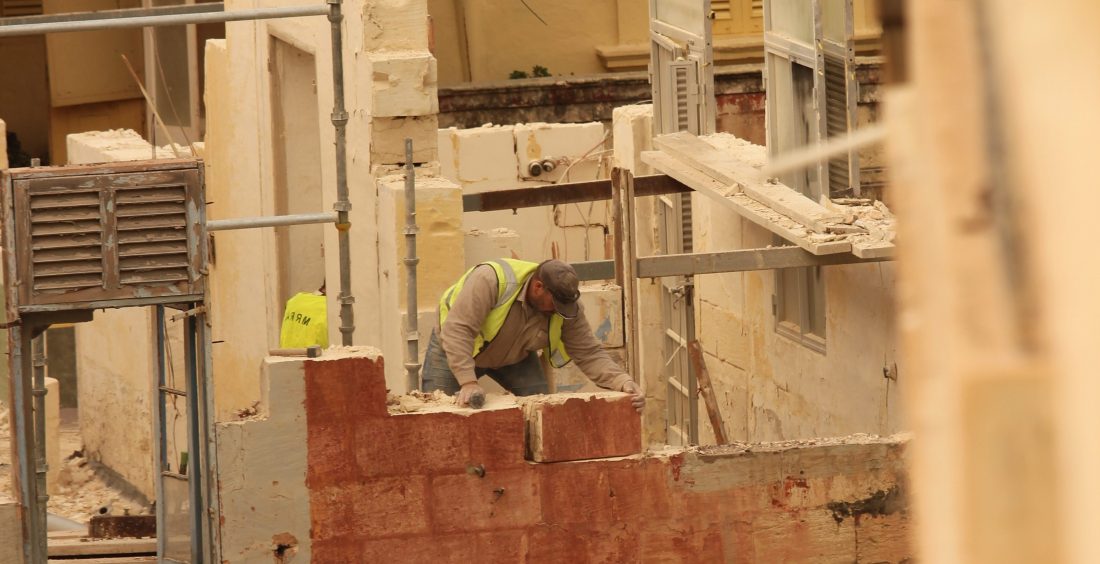 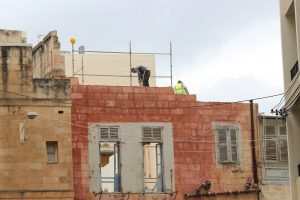 Din l-Art Helwa is appalled at the blatant abuse of policies and laws that should protect our cultural heritage, as is currently taking place at the historic Villa St Ignatius in Balluta Bay, St Julian’s.

Architect Stephan Vancell on behalf of Environmental Management Design Planning of Eucharistic Congress Road, submitted a request for demolition of dangerous structures to the Planning Authority in July. The dangerous structures consisted of xorok between timber beams having collapsed – a common occurrence with historic buildings. However, the architects applied to extend the demolition from the removal of the remaining few cracked xorok to the request to demolish as follows: “Complete demolition of existing dangerous structure including slabs in xorok and internal walls and erection of temporary boundary wall.”

On the strength of a few broken xorok, the entire wing of this early 19th century building is now being demolished with what seems to be the blessing of the Planning Authority, with the demolition order DS 00125/17. None of the walls were in danger of collapse and it is often the case that broken xorok are simply replaced.

Works commenced illegally on Saturday 2nd December with Condition B of the Dangerous Structure (in bold and reproduced below), requesting Perit Alan Saliba to be involved, being blatantly ignored. Perit Saliba has recently taken up the post of Commissioner for the Environment and has confirmed that he was not contacted to overview the works.

“This consent relates only to the Works indicated in the Court Decision as interpreted and directed by the nominated Court Expert Perit Alan Saliba, who shall be the sole person to dictate the extent of the works needed to be carried out in accordance with the Court Decision. All works shall be directed by the Court Expert who shall submit a report for record purposes (accompanied by drawings) to the Planning Authority on completion of the work.”

This means that the Planning Authority knew that all demolition works on Saturday were illegal since this was a condition precedent and yet they have failed to stop demolition works.

Furthermore, no signature on the plans showing Planning Authority approval is present.

Din l-Art Helwa is shocked at both the applicant architect and the authorities which have approved this. The applicant architect Stephan Vancell works for the architectural firm ‘Environmental Management Design Planning’ of Mosta, where its principal owner is Perit Mariello Spiteri who also sits on one of the planning boards.

Restoration and conservation is indeed about the removal of dangerous structures and in this case a few broken xorok. But restoration is not about demolition of our heritage or parts of our heritage. We expect ethical standards from all the architects that practice on this island but even more so from an architect who sits on a planning board which has the power to approve or refuse applications.

If the Planning Authority intends to do its duty to protect our heritage, it should:

It is also shocking that this demolition has occurred as Din l-Art Helwa asked for the scheduling of this building as an important part of our architectural historical legacy and which gave its name to the street which we now know as Old College Street.

Din l-Art Helwa warns the government and the citizens of this country that we will soon have no heritage architecture to pass on to our children. The can of worms is truly opened, and the developers are quite aware that they can get away with demolition of our heritage in order to fuel rampant development and greed.