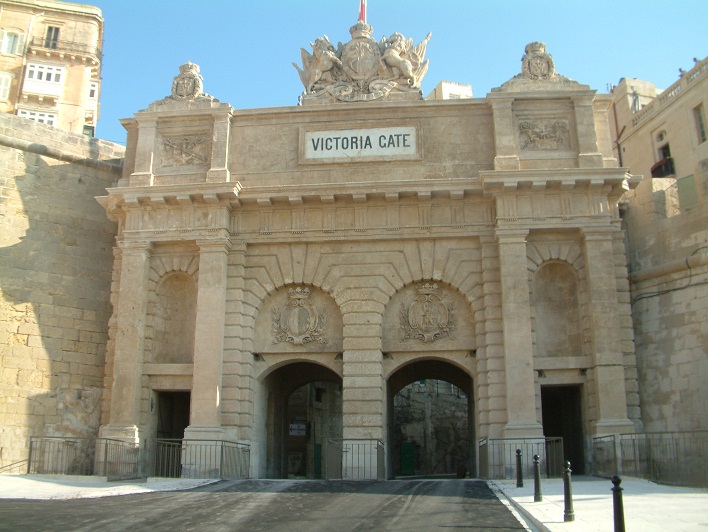 Din l-Art Helwa today announced the winners of the 6th Edition of its Award Scheme for Architectural Heritage, an initiative set up by the organisation to encourage architectural excellence in a Maltese context, the rehabilitation and reuse of old buildings, and the recognition of the dedicated work of those active in the field of restoration.

Addressing the participants during the award ceremony, Martin Scicluna, Vice President of Din l-Art Helwa and Chairman of the judging panel, welcomed Mario de Marco, Parliamentary Secretary for Tourism, Culture, and the Environment who presented the winners with their awards. Martin Scicluna paid tribute to the late President Emeritus Guido de Marco, who for several years had encouraged the organisation with his good counsel and energetic persuasive example as Patron of the organisation, and who had supported the Award Scheme each year with his presence and continued inspiration.

Martin Scicluna stated that the judging panel were faced this year with a great number of outstanding entries submitted for the two categories that embraced the Rehabilitation and Reuse of Old Buildings, and that for Restoration and Conservation projects. While there were no entries this year for the third category which considered Major Regeneration Projects on the island, continued Mr. Scicluna, it was clear that great strides were being made all round in Malta in the field of restoration with the number of important projects submitted for examination.

This was also evidenced with the example of other major projects currently being undertaken, such as the City Gate project that was to reverse the unworthy state of the entrance to our capital city, the exciting work being done at Manoel Island as the regeneration project continues to unfold, and with improvements visible all round to the bastions of Valletta, the auberges and of several individual buildings within private and church ownership.

The overall Silver Medal for all categories in the 2010 Award cheme and also the Prix d’Honneur in the category for the Conservation and Re-use of old buildings was awarded unanimously for the superb conservation and reuse of the Lombard Bank Annexe to Palazzo Spinola in Frederic Street, Valletta with the project by Paul Camilleri & Associates. Joe Said, Chief Executive Officer of Lombard Bank received his awards from Dr. Mario de Marco.

In announcing the Award, Martin Scicluna said that the judges felt this project has made an outstanding and significant contribution to Maltese cultural heritage and to the achievement of architectural heritage in general. He described the building as being in a general state of neglect when it was acquired by Lombard Bank. Its interior had undergone a number of unsightly interventions over the centuries all of which have now been removed. This conservation project brought this baroque architectural gem most successfully into the 21st century without losing any of the key features which made this – one of the oldest buildings in Valletta – such an impressive building. The open loggia and portico and the magnificent barrel-vaulted entrance hall have all been strikingly restored to their former glory while modern interventions in steel and glass have been most tastefully and unobtrusively inserted manifesting a design flair that did not compete or detract from the original.

A Special Diploma was awarded in the same Category for the Restoration and Reuse of Old Buildings to the 19th Century P & O Shipping Verandah and Boathouse, converted through sensitive and imaginative intervention into a restaurant, ‘La Vecchia Dogana’. This conversion, conceived and carried out by Architect Karl Camilleri Burlò, was found deserving as its modern interpretation was completed without in any way detracting from the architectural or aesthetic integrity of this highly visible landmark in Pieta Creek resulting in the enhancement of the whole area.

The Prix d’Honneur for restoration and conservation was awarded to the Victoria Gate
Project and to Architect Claude Borg, for his most impressive work in the preservation of this important 19th Century gateway designed by Emmanuel Luigi Galizia. The restoration, effected in the space of one year, involved not just that of the Gate itself, but also the re-interpretation of the foot-bridge and the widening and re-paving of the street leading to the Gate. Martin Scicluna said it had been felt that this was an excellent example of winning back for the island the beauty of our public urban areas with the restoration of what was once the main gate-way into Valletta.

Martin Scicluna lauded all other participants stating that the submissions this year were all found to be of exceptionally high standard and all have contributed greatly to the preservation of Malta’s architectural legacy, namely the conversion of Palazzo de Piro in Mdina, the restoration and conservation of the exquisite St Anthony’s Chapel at Fort Manoel and the façade of the Oratory of the Blessed Sacrament in Zejtun. He concluded saying that it was certain the example of all the entries this year would generate further recognition so that more such initiatives would be embarked upon in coming years.

Parliamentary Secretary Dr Mario de Marco addressing the participants spoke of how vital it is for Malta that that is should conserve its unique architectural heritage, while at the same time encouraging good modern architecture and design and appealed for the concept of beauty, while always subjective, to remain foremost as an element that is essential to our quality of life. “The psychological benefits”, said Dr de Marco, “of being surrounded by beauty assist in the creation of a balanced and well functioning society and therefore efforts must be made to instill concepts of beauty into the projects that make up the occupied environment. The six entrants to this year’s Architectural Heritage Awards are a glowing example of the quality that can be achieved – and of which architects in Malta are capable.”

The Din l-Art Helwa Architectural Award Scheme is carried out with the support of the Kamra tal Periti and members of this year’s judging panel were Conrad Thake representing the Chamber of Architects, art historian Keith Sciberras and Maria Grazia Cassar, Council Member of Din l-Art Helwa.