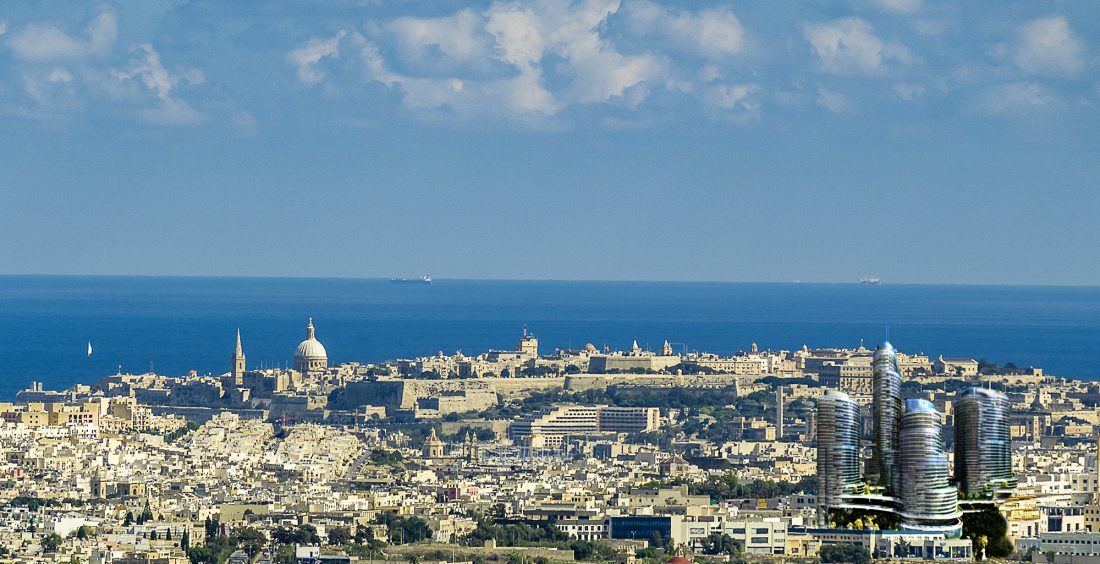 The Planning Authority Board’s decision to grant permits for high-rise towers at Mriehel and at Tigne in Sliema is strongly condemned by environment NGOs Din l-Art Helwa, Flimkien għal Ambjent Aħjar, Friends of the Earth Malta, and Ramblers Association.

In spite of detailed and valid objections presented to them by residents, NGOs and experts in the field, the Board moved ahead to grant these controversial proposals submitted by Gasan and Tumas Groups.

The Board was presented with irrefutable evidence that the Mriehel photomontages on which the Case Officer’s report was based, were flawed in favour of the developers, and did not show the true impact of the project. The visual impact on the iconic view of Mdina is clearly ‘major’ and not ‘moderate’ as described by the applicants’ consultants. Instead of requesting new and updated visuals, the Board chose to base its decision on flawed information.

It is unfortunate that the Board representative of the Environment Authority was not present for the meeting and was not substituted, leaving a void which could have made a significant difference to the outcome. While his testimony confirming that the photomontages were incorrect was read out to the Board, it was completely ignored.

The Board also refused to take account of the fact that the policy allowing tall buildings in Mriehel is invalid, as it violated established legal procedures. The inclusion of Mriehel as a high-rise zone was never issued for public consultation as required by Maltese as well as international law.

This does not augur well for the expected deluge of 22 high rise applications, some of which are currently being discussed on a case-by-case basis, and proves the urgency of a national masterplan for high-rise buildings, before any other applications are processed.

The eNGOs are astonished to hear Chris Borg, Director of Planning, declare that high-rise buildings have the same impact as low and medium rise, when it is well known that high-rise cast a longer shadow on surrounding buildings depriving them of light, air and solar rights, while increasing temperatures in surrounding streets due to heat canyon effect. Tall building complexes impact communities by creating more parking problems, generating more noise and air pollution as well as construction waste due to the need for deeper foundations, and consume far more energy resources due to their dependence on several tall lifts, heating and chilling systems.  As for the comprehensive studies claimed to be the basis of the Planning Authorities decisions, these were certainly conspicuous by their absence in yesterday’s high-rise discussions.

These projects will have unacceptable, massive and long-term implications for the residents of Sliema, Attard, Balzan, B’Kara and Sta Venera, as well as Maltese society as a whole.