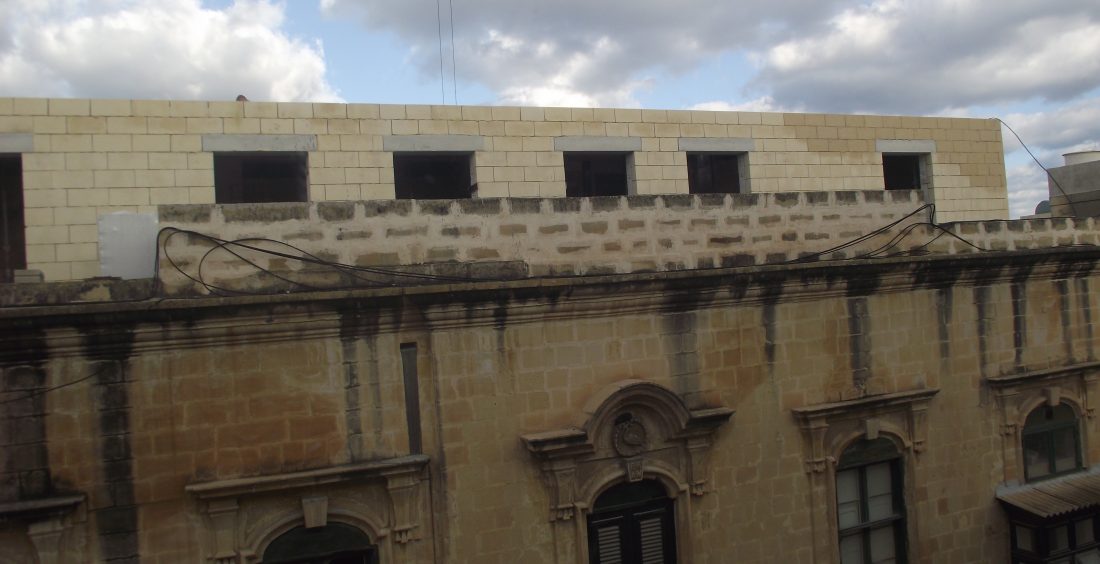 Din l-Art Helwa is gravely concerned by the unauthorised works that have taken place very recently on two historic palazzi in the very heart of Valletta, at 167 Merchant Street corner with St Christopher Street, and at 176, Merchant Street. In the case of the former, a new floor has been added at rooftop level without planning permission, while in the case of the latter, a rooftop structure has been built that is far larger than that for which planning permission was obtained, and rises like a sore thumb above the surrounding historic roofscape.

The palace at 167 Merchant Street, on the corner with Saint Christopher Street, was known as Casa Roselli Massa, and has a well-documented historic connection with the church of the Jesuit College which was eventually to become the University of Malta. It was the home of the wealthy philantropist and goldsmith Pietro Rosselli (d. 1676) and his wife Alusietta Massa (daughter of  Antonio Massa, Master of the Mint), who are buried in their family chapel at the Jesuit Church across the road, for which three large paintings were commissioned of Mattia Preti. The Roselli heron and the initials P.R. and A.M. still appear over the main door at 167, Merchant’s Street.[1]

While commending the Planning Authority and the Superintendence of Cultural Heritage for all their efforts to date in this regard, Din l-Art Helwa remains concerned by the flagrant nature of these abusive works, which erode the Outstanding Universal Value of Valletta and threaten its status as a UNESCO World Heritage Site. 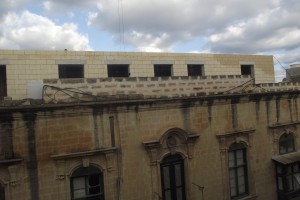