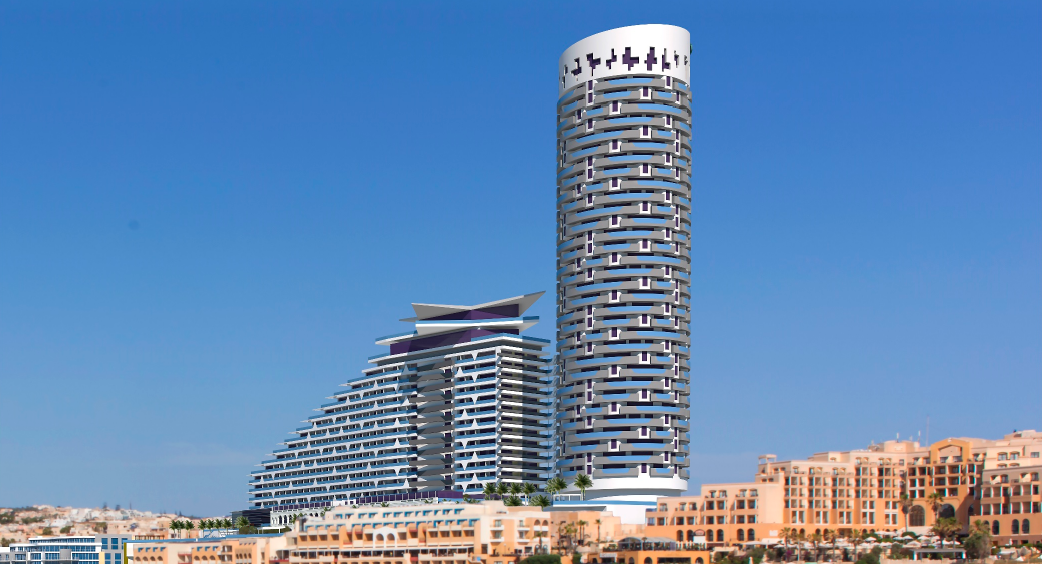 Today’s decision of the Environment and Planning Review Tribunal is a significant win in the fight against the monstrous db Group project on the ITS site. Whilst we express our disappointment with the Tribunal’s decision to uphold the permit given by the Planning Authority (PA), we positively note that this permit will, for now, remain suspended, meaning that works cannot start.
In order for the permit to become executable, the db Group will have to considerably change their plans and submit them to the Tribunal. The Tribunal ordered a reduction of approximately three floors in the building-heights of both the tower and the hotel, as well as the provision of more public open spaces. In practice, this means that the project will have to be downscaled in order to give way for more public open spaces.
According to the Tribunal’s decision, there also has to be confirmation by Transport Malta assuring that the project, when completed, is feasible with the existing road-network. The project was approved on the basis of a currently nonexistent tunnel, that is not even part of the project itself. Transport Malta officials had stated, during the case proceedings, that traffic generated by the project would lead to multiple junction failures with the existing road network.
We remain against this project in its entirety, and Local Councils, NGOs and residents will undertake further legal action aimed at annulling the PA’s decision to grant this permit. In the coming days, several residents, NGOs and three Local Councils will start an alternative action in Court.
We would like to thank all those who are supporting these initiatives, without whom all this wouldn’t have been possible.
The campaign against the db Group project on the ITS site is supported by:
Local Councils: Pembroke, St. Julian’s and Swieqi
NGOs: Moviment Graffitti, Friends of the Earth Malta, Din l-Art Ħelwa, Flimkien għal Ambjent Aħjar, BirdLife Malta, Ramblers Association, Nature Trust Malta and Żminijietna – Voice of the Left.
Share This Post