Australia Hall – It is only a colonial building 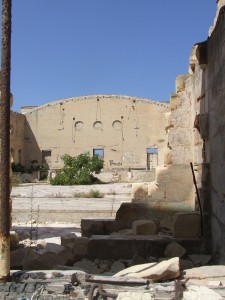 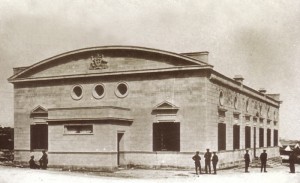 The former Australia Hall in Pembroke is today a sad carcass of a once dignified public building, with its interior totally gutted out and left in a state of utter dilapidation.

During World War I (1914-1918), Malta had a special role to play as a nursing station within the Mediterranean where several hospitals and convalescent camps were set up to tend to the casualties of the war. Australia Hall was built in 1915 by the Australian Branch of the Red Cross who raised funds to finance a combined recreation centre/theatre building that would serve to entertain wounded soldiers belonging to the Australian and New Zealand Army Corps (ANZAC). In its heyday the hall could accommodate up to two thousand men as stage productions, dances, and other forms of recreation were regularly held there. Later a library and reading room were introduced and around 1921 a projection room was added to the structure so that the hall could also be used as a cinema.

When the British military facilities in St Andrew’s Barracks were closed down in 1978, it was returned to the Maltese government and transferred to the Labour Party in exchange for other property. In December 1998, a fire gutted the hall’s entire roofing system of metal trusses and sheeting. Only the external masonry shell has survived. Today the roofless shell of a building is vulnerable to the natural elements and vandals have left their marks on what remains of the building.

Public consciousness and awareness of the need to safeguard our historic architectural heritage has increased notably in recent times. However, I suspect that our appreciation for buildings and structures dating to the time of the Order of St John is distinctly greater than that of British colonial architecture, this being even more so in the case of military architecture. British military buildings and complexes have explicit political associations loaded with the trappings of colonial rule. In asserting our identity as an independent island-state we seem to have unconsciously rejected the legacy of our former colonial masters. This is the sad predicament of an important part of our architectural heritage.

The former Australia Hall  is crying out to be restored and rehabilitated to a use which would serve the needs of the local community. This begs the question as to how long all we will continue to close a Nelson’s eye to this shambolic situation.