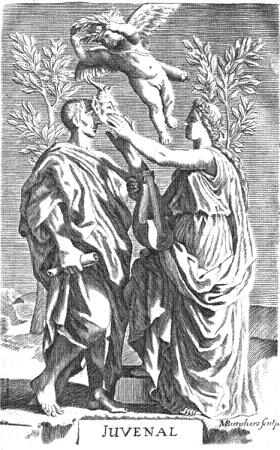 Whenever I hear about the truckload of events being laid on by the government this year to celebrate a range of anniversaries and occasions, the Roman poet Juvenal’s famous ‘bread and circuses’ line pops up.

As you will know, in his Satires Juvenal linked ‘panem et circenses’ to the situation in Rome where the ruling class organised public entertainment to gain popularity and distract the masses from political realities.

So far one of our modern-day celebrations has reached its apex with the much-anticipated triumphant entry into Valletta, not of a Roman emperor, but of a British rock guitarist, who will soon play his guitar in the square (he also has a PhD in astrophysics, although that is not so well-known). People are thrilled.

I am not enthusiastic about national anniversaries, so heavily charged with political innuendos, although I am okay with the national bird il-Merill and the national plant Widnet il-bahar. But we are a liberal and tolerant nation.

Many of us have our own little anniversary indulgences. I appreciated the Mattia Preti 4th centenary celebrations last year, for example, which focused attention on this great artist who lived and worked in Malta for many years. Preti completely transformed the interior of St John’s co-Cathedral in Valletta, including the ceiling and floors, turning it into a magnificent and impressive space. He ran a large bottega in Valletta and painted for the church as well as private patrons, and established the baroque style in the Maltese art scene of the time.

Malta’s National Museum of Fine Arts in South Street has a very fine collection of paintings by Preti which according to the curator Sandro Debono in a recent interview is the largest held by any public collection anywhere.  I think that the proposed new museum, to be known as MUZA and which is to be located at the Auberge d’Italie, has the right idea to begin by focusing on the strengths in its collection, such as the Preti paintings, and to build on what makes the museum unique.

Apart from paintings, Preti also tried his hand at architecture with the design of Sarria church in Floriana in 1676 during a severe outbreak of the bubonic plague in Malta. Preti’s paintings for the interior include saints traditionally invoked against the plague, such as St Roque.

One of Preti’s paintings at Sarria was restored last year as part of the 4th centenary celebrations, with the help of Din l-Art Helwa.  A concert of baroque music by Antonio Vivaldi – il prete rosso – marking this restoration will be held at Sarria church this Saturday. 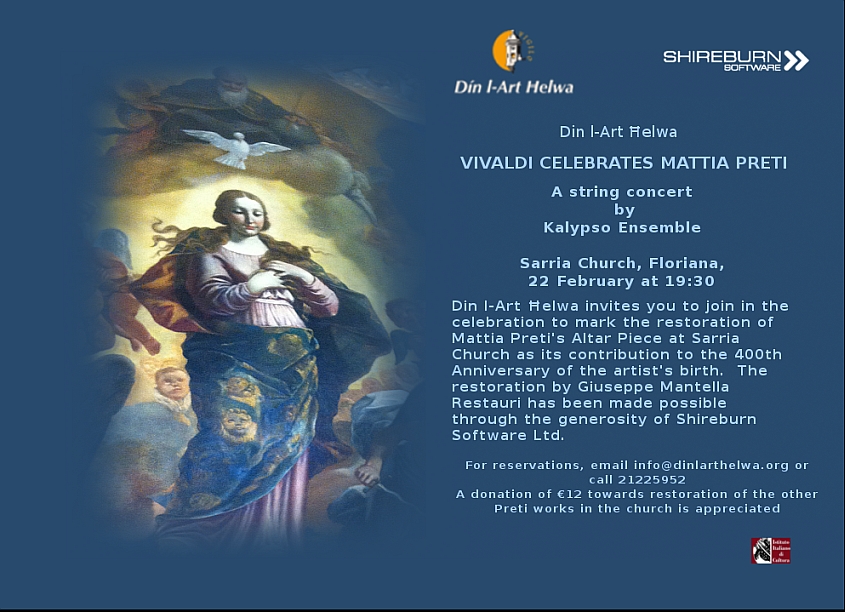