Closing Ta’ Cenc Kantra off to the public 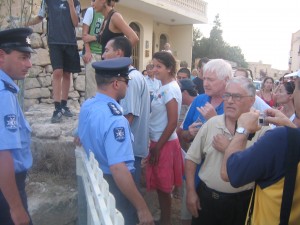 In August 2005, a number of environmental NGOs organised a walk at Ta’ Cenc to protest against plans to develop a golf course on site (photographed above). A similar onslaught, albeit of much smaller dimensions but still of considerable significance, is being proposed at Ta’ Cenc, although, judging by the deafening silence out there, this time there will be no protest marches.

Two weeks ago the Environment Planning Commission deferred (to next Monday, 11th November) a decision whether or not to give the green light to the Ta’ Cenc Hotel owner to cordon off the private beach at il-Kantra (photographed below). Din l-Art Helwa rightly objected to such an application, as did the Planning Directorate which is invoking the right of the public to access the foreshore which is entrenched in the Structure Plan. For those whom ‘il-Kantra’ at Ta’ Cenc simply symbolises an unfamiliar, hard-scrabble place, an invitation to visit the enchanting, stunning site, ensconced within a backdrop of sheer cliffs, secluded miniature fjord (Mgarr ix-Xini) and ethereal blue waters.

Granted – the entire site, right up to Ta’ Cenc Hotel a few kilometres away, is in private hands, although the mind boggles as to how such a site of outstanding beauty and of such gargantuan proportions is not in the public domain. But why is access to the Kantra peninsula only granted to hotel residents or to those who are willing to pay the fee for a deckchair and umbrella, especially when it is the only access point to the sea within the Ta’ Cenc inlet (as long as one does not contemplate swimming for several hundreds of meters from Mgarr ix-Xini). Needless to say, the peninsula is coveted by diving clubs too, with reports suggesting that only one or two such clubs are currently being granted access to il-Kantra.

Let’s all augur that MEPA/the Commission takes the bull by its horns next Monday and enshrines once and for all public access to the coast. If this is not the case, then all the platitudes in favour of granting public access through such sites would be nothing short of hot air. On the back of it, even drives to do away with illegal boathouses would sound somewhat hypocritical and hollow and would somewhat be redolent of the motto ‘two weights, two measures’. If MEPA does take the right decision, then the 11th of November will go down in the annals as a red letter day for public access to the foreshore. 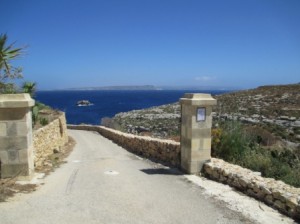