COURT RULES IN FAVOUR OF DLĦ IN THREE SEPARATE CASES 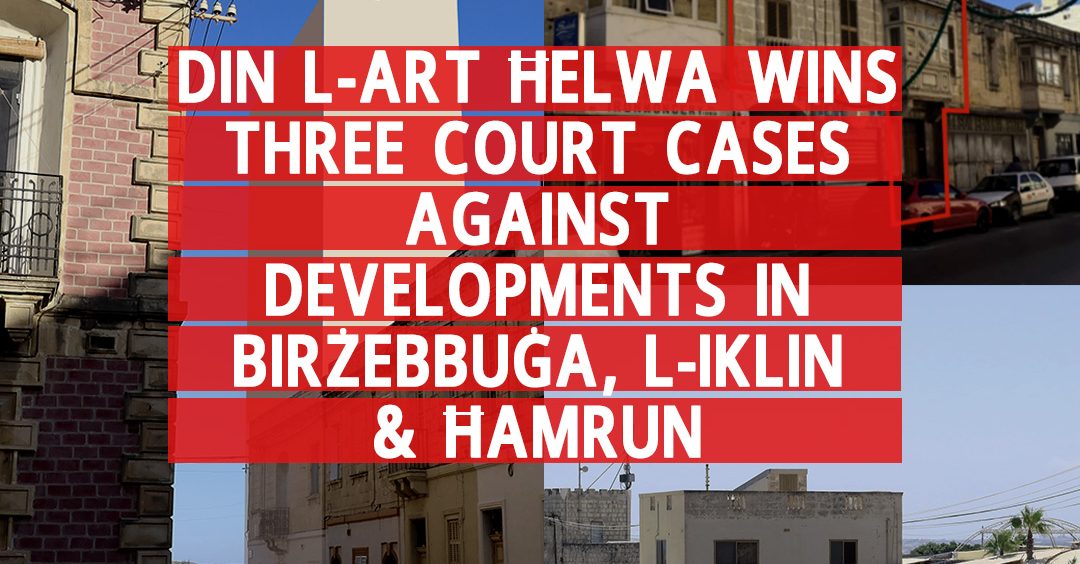 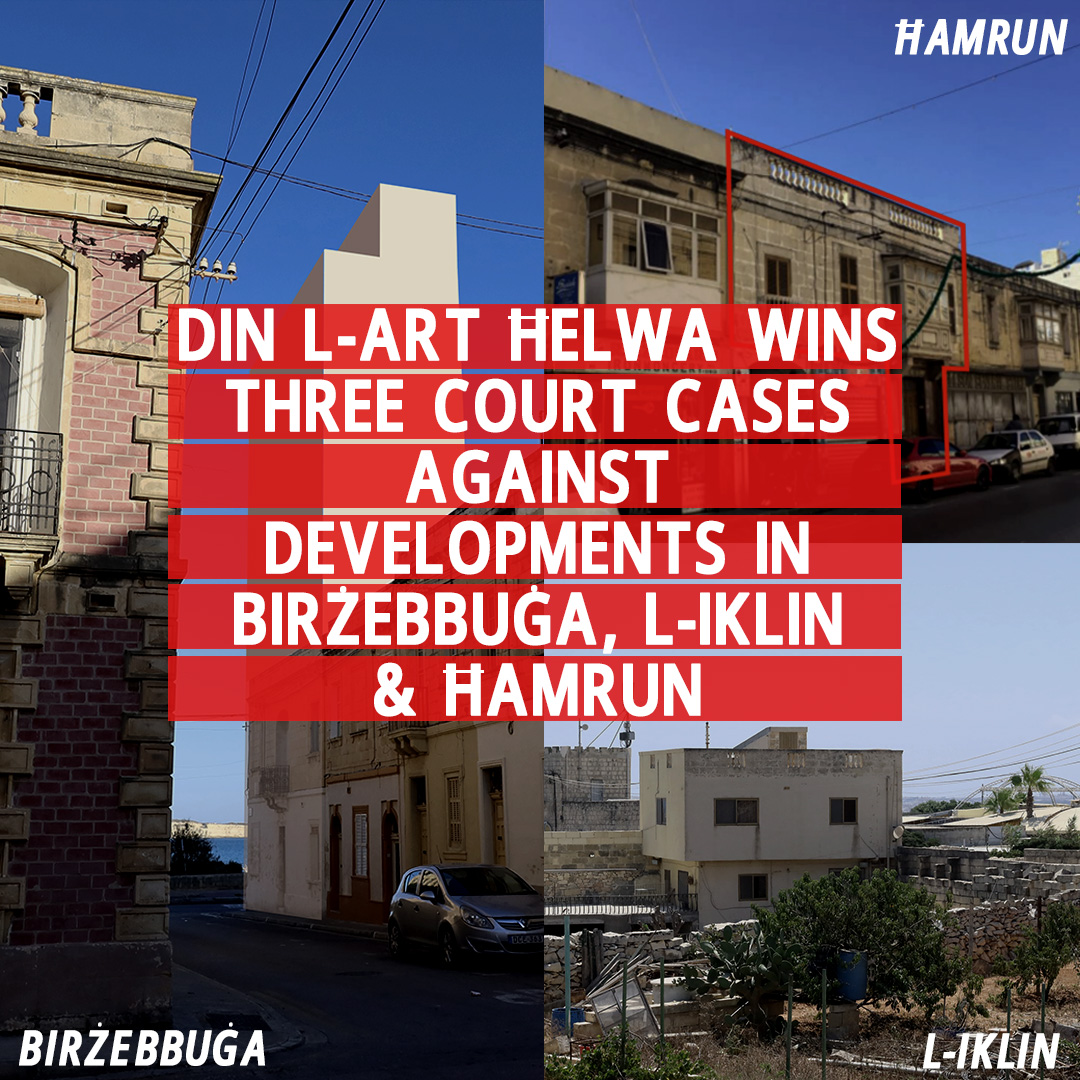 Din l-Art Ħelwa had initially objected to the three separate proposed developments, then followed through with proceedings in front of the Environment and Planning review Tribunal and continued in front of the Court of Appeal.

L-Iklin ODZ drive-thru revoked – The court confirmed the tribunal’s decision to revoke the permit for an ODZ drive-thru that had been issued by the Planning Commission back in September 2019.

Din l-Art Ħelwa had filed an appeal contesting the Planning Commission’s decision to approve the ODZ development on the basis of ‘commitments’ in the vicinity, which commitments had been presented by application architect Dr Robert Musumeci.

Din l-Art Ħelwa argued that a drive-thru complete with sprawling tables and chairs over land characterized as agricultural, was an unnecessary and unjustified form of development in the countryside and was not permissible under any applicable policy. The commitments cited by the applicant were completely irrelevant, with some pertaining to developments that had not even been approved.

The appeal filed to court, also by Dr Robert Musumeci, was wholly shot down as the court confirmed the tribunal’s decision to uphold Din l-Art Ħelwa’s appeal and revoke the permit

Din l-Art Ħelwa had originally filed an appeal against the Planning Commission’s approval of the 7-storey apartment block back in December 2019. The tribunal seemed to acknowledge many of the concerns raised by Din l-Art Ħelwa’s but rather than revoking the 7-storey development, simply reduced it to 6 floors.

Din l-Art Ħelwa appealed the tribunal’s decision to court arguing that it was unacceptable for a judgement to be made without any visuals or assessments having ever been carried out to ascertain that a 6-storey development would somehow have less of a negative impact on the  row of scheduled buildings than the original 7-storey development.

Din l-Art Ħelwa also contested the tribunal’s interpretation of the site’s permissible building heights that was wrongly considered to be that of 4 floors plus semibasement when no semibasements exist on the site or any other townhouse along Triq San Patrizju.

The Court of Appeal decided in Din l-Art Ħelwa’s favour and revoked the tribunal’s decision.

The case will now be heard again by the tribunal composed of different board members who have been ordered to take a decision based on the court’s final judgment and have the case sent back to the Planning Directorate for it to be reconsidered and assessed by the Superintendence of Cultural Heritage.

In its appeal to court, Din l-Art Ħelwa maintained that there was no basis for overturning the Planning Commission’s decision since it was in line with the applicable policies.

According to policy, for sites in Urban Conservation Areas, the permissible height will be determined on the basis of the prevailing height that defines the streetscape. In this case, the existing townhouse was already at the height that characterised the street, therefore any additional floors would have been in breach of this clear policy.

The Court of Appeal ruled in Din l-Art Ħelwa’s favour and revoked the tribunal’s decision, thereby cancelling the issuing of the permit.