I have avoided dwelling on the Mistra case till now since I was labouring under the wrong perception that the MEPA Board had a Hobson’s choice in view of the outline permit which had been previously issued a few years back. But I am somewhat re-thinking my stance, ever since I stumbled (albeit late in the date) on a previous landmark decision by the MEPA Board on an application in Maghtab which had already been bestowed with an outline permit. In fact, MEPA had granted an outline development permit for the demolition of a rabbit farm in Maghtab and its subsequent replacement with industrial facilities in a Rural Conservation Area in Maghtab which was mainly characterised by farm buildings and a rural ambience. This was not followed up, however, by the issuing of a full development permit in June 2010 with Austin Walker, then MEPA Chairman, not mincing his words in stating that: ‘While we respect the decisions taken by previous Boards, the Board takes decisions based on today’s planning policies and on the principle of sustainable development while making sure that permits are granted in the public interest.’

Hence, it is not far-fetched to expect MEPA to take the plunge and refuse a development to which it had already previously agreed in principle, as happened at Maghtab where the full development permit was refused by MEPA on the grounds that the ‘development was not in the public interest as it went against the planning policies for the area.’ My surmise is that MEPA was not willing to take the plunge at Mistra since, in case of legal redress by the applicant, the sums (and consequently, the liability) involved were much higher than those at Maghtab. 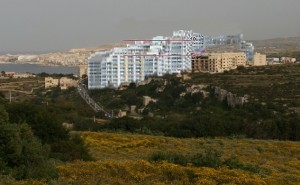