The recently-launched proposals by MEPA for the enactment of a holistic policy on fireworks factories are yet more grist to the surging mill of policies and proposed policy revisions that the policy-weary public and NGOs must already contend with. Overkill springs to mind when one considers the issuing of the multitude of proposals concerning building heights in touristic areas and the Floor-to-Area Ratio, the ODZ policy revisions and the local plan revisions. This aside, such proposals are meant to address a current vacuum in policies concerning such factories, which have always to date been assessed on an ad hoc basis. The framework of such policies is sound – for instance, ecologically sensitive sites (including SACs and SPAs, which were anomalously omitted within the proposed ODZ policy revisions) and sites of archaeological importance, will be spared the bane of new factory development, whilst the a greater onus on safety (through respect of minimum distances from existing development) has been placed.

Flaws in the same policies include the fact that only buffer zones to archaeological sites have been spared new factory development, whilst buffer zones to ecological sites (Areas of Ecological Importance and Sites of Scientific Importance Levels 3 and 4) were completely omitted, in a repeat of what’s being proposed for the ODZ policy revisions. Secondly, new factory development, which has not been ruled out by Committee Chairman Michael Falzon, will not be barred completely from good quality agricultural land (such as ‘saqwi’), sites designated as protected within a local plan or buffer zones close to a Water Services potable borehole, as these will be decided upon on a case-by-case basis. This is a contradiction in itself since the major aim of the policy is to create a level playing field for all applicants and to address a policy vacuum whilst still not dispelling uncertainty and ad hoc measures completely through such a provision. One augurs that such a draft policy will not herald in a new wave of fireworks factory applications in uncommitted areas. By definition, in fact, such factories need to lie in remote areas which are understandably coveted by many for other reasons (rambling being chief of these) in such a crowded place as our archipelago. After all, the existing crop of 35 fireworks factories is not an insignificant quantity.

Incidentally, only Din l-Art Helwa and a private citizen submitted comments to MEPA during the public consultation period for such a proposed policy – such a policy release overkill is wearing us all it seems! 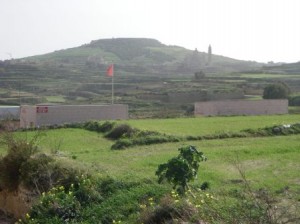