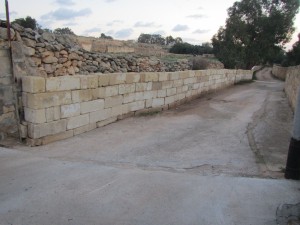 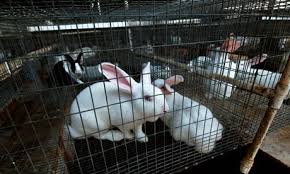 Up to a few years ago, the planning loophole of choice of many of those conceiving an ODZ residence of sorts, with the indulging secondment of a number of willing architects, was to apply for the development of stables. The islands literally witnessed a windfall of stable applications, which naturally raised eyebrows on the grounds that such small islands couldn’t possibly hold so many horses.

Well, once the stables loophole was busted, any charade had to be devised, to keep the ODZ mill well-oiled. In came applications for rabbit farms which, again, through sheer numbers make one wonder about the real proportions of the Maltese’s predilection for rabbit meat and sauce. Take Gudja…within a single valley alone – Wied Zembaq – at least three rabbit farm applications have either been submitted or approved. One particular application – PA 2411/13 – defies credulity in terms of its temerity. The location in question is as far detached from urban areas as one can get, with only those familiar with the area having an inkling of how to get there. The owner of a gargantuan parcel of land engaged in all sorts of infringements, from the construction of ‘tool rooms’, to the excavation of a reservoir, to the installation of a timber gate and concrete paving on a massive scale, as the attached photo demonstrates. Once he was served, understandably so, in 2011 with an enforcement notice, he did not demur, but simply appealed against the enforcement and, for good measure, applied for sanctioning and….yes, you guessed it, for a rabbit farm. How the two tool rooms, massive concrete paving and reservoir fit in with these plans for a rabbit farm, is anyone’s guess.

Incidentally, the current upsurge in rabbit farm applications is not the applicant’s sole doing, mind you….the proposed changes to ODZ policies will basically make it easier to camouflage such bare-faced abuse as legitimate by applying for a rabbit farm, which have now been grouped, along with cow and pig farms, under husbandry and under a group of applicants whose call for more ODZ land is justified. Such proposals will only usher in more ghost rabbit farms, whose tenants will be more apt at consuming a pasta dish with rabbit sauce from their ODZ abode rather than at actually rearing rabbits!