Polidano Brothers (known locally through the monicker of Caqnu) are not new to controversy….it seems that every misdemeamour they commit instils a brew of awe and schadenfreude in the general public. Just 7 months ago, enforcement officers moved in to seal off a site next to the tycoons’ premises in Hal Farrug in Luqa which was being previously hit with an enforcement notice. Hal Farrug is a backwater to many, shedding its outlandish name only during the Air Show and as a result of the Montekristo Estates which host an esoteric collection of animals for visitors to ‘admire.’ The extent of the illegal works at Hal Farrug, perpetuated over decades, can only be appreciated from the air, such that such works ensued unperturbed for years, without anyone batting an eyelid. 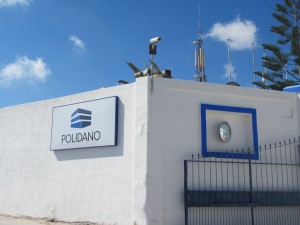 But do such enforcement notices actually ruffle Caqnu’s feathers in any way? Rather, it’s more like water off a duck’s back probably. To boot, Caqnu is reported to have no less than 55 pending enforcement notices under his belt. He is also one of Malta’s leading employers, with several hundred, if not thousands, allegedly on his payroll. It has also recently transpired that MEPA lacks the financial resources to enforce the same notices it metes out. Sum this all up and one can speculate that Montekristo Estates, already entrenched firmly on the map of local family attractions, will simply gain legitimacy with time. One loses track of the innumerable wedding receptions held within such Estates, which have even hosted earlier this year political gatherings and activities as well as charity events. Earlier this year, a bright spark (currently an MP) has the brilliant idea of hosting a seminar on fireworks at Hal Farrug, where a gas bottling plant (Poligas) is located less than the mandatory distance away from a fireworks factory. Superb choice of location indeed.

The mind boggles as to how MEPA can allow a property (Montekristo Estates), which is hit by 4 different enforcement notices, to be used commercially as if such notices were simply a minor inconvenience rather than a formidable brake on operations. But anyway, in a few months’ or years’ time, the property will gain its full legitimacy, with any previous enforcement notice being just a distant memory.