If I were an MEP candidate

The most substantial monkey around the necks of MEP candidates is the public perception that they joined the fray (i.e. they are contesting the elections for the 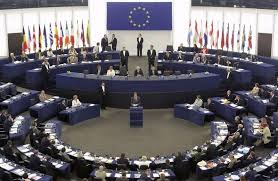 European Parliament) simply because they wish to join the gravy train and that they want to land a plum job in view of the attractive (a big euphemism) salary pack on offer. The perception might be unfair on some MEP candidates who genuinely wish to make a contribution to their country but is fuelled by some compelling numbers – if one takes into consideration the annual salary of an MEP, along with all allowances granted (except the travel allowance), one would get the grand total of 147,060 euros.

Hence, my humble suggestion is that one way that such a public perception can be dispelled is for all MEP candidates, whatever their political affiliation, to publicly pledge to donate 10% of their pay to a social development fund back home. Such a move would also help endear to a greater degree the European Parliament with EU citizens, with trust in the EU institutions always on the downturn.

If we were to crunch some numbers, the 10% would translate into roughly 14k per year per elected MEP, or 70k for the same candidate over a 5-year stint at the European Parliament. Multiply that by all 6 Maltese MEP’s and you get almost half a million euros. I am sure there is a list of pressing social development causes clamouring for such money back in Malta, from the purchasing of properties for the homeless, to introducing more facilities for the physically impaired to purchasing a plot of land within a community marked by a dearth of open spaces in order to convert it into a public park. The possibilities are endless. Who will be the first take up the cue to take the plunge and make the proposal?