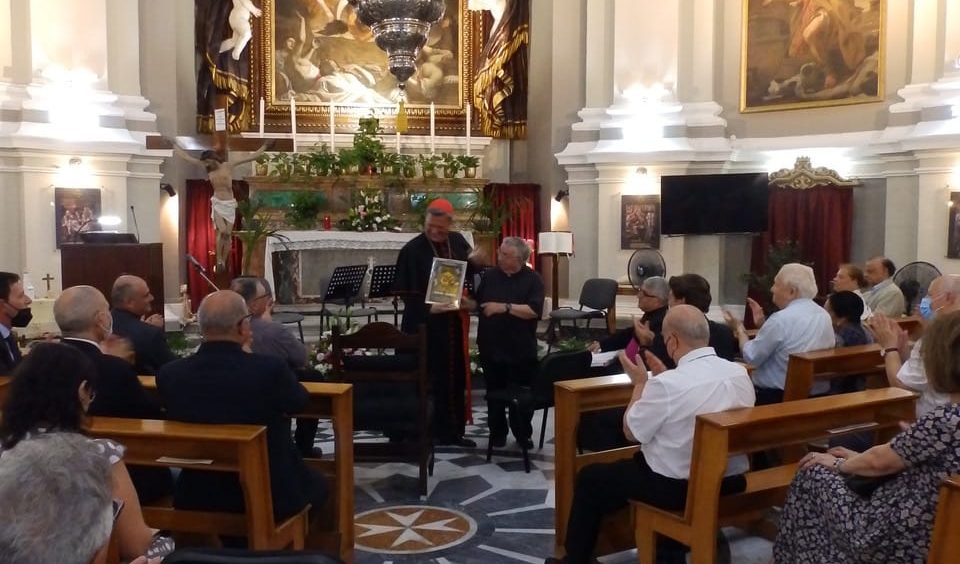 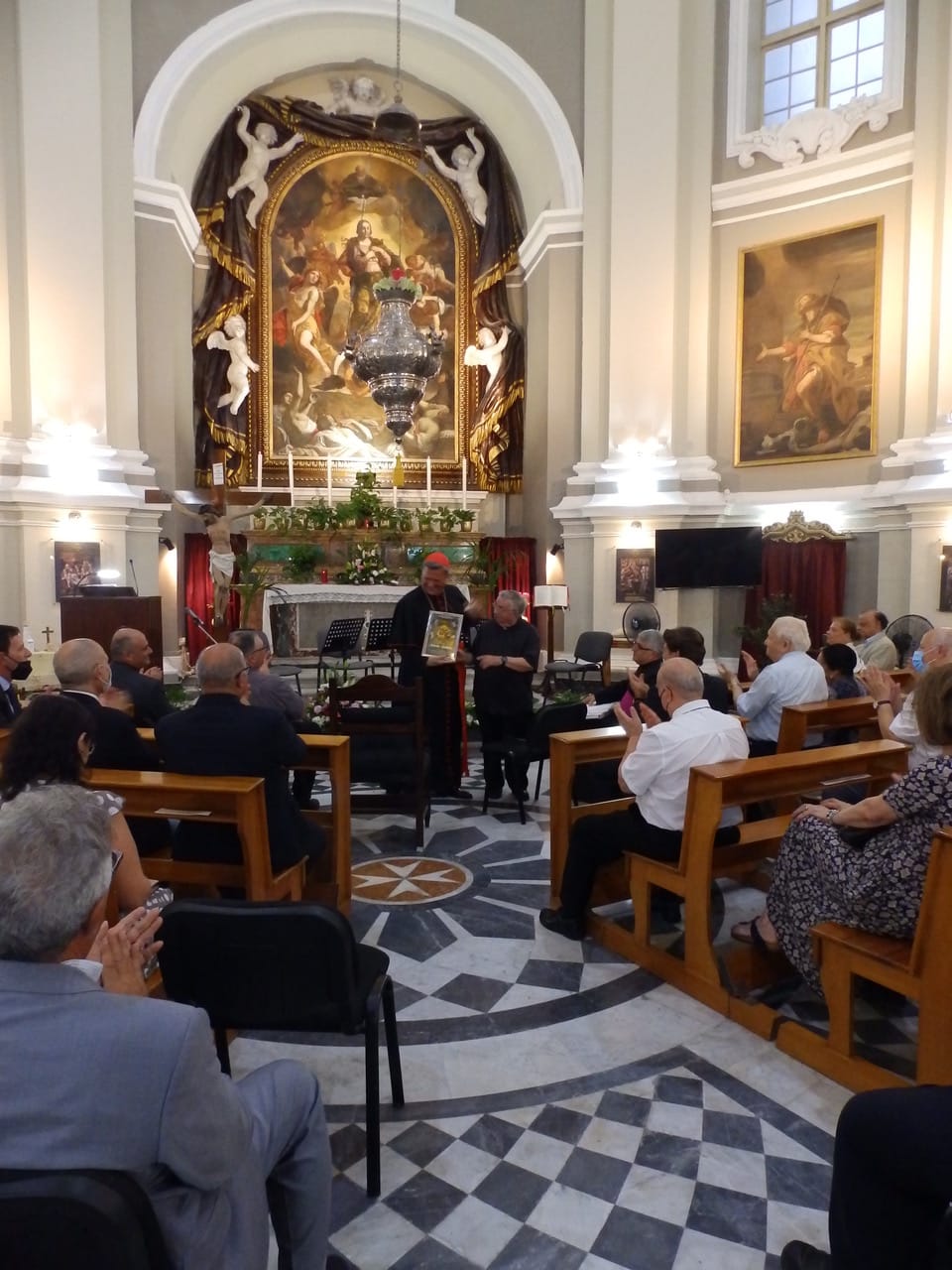 On the 12th July, His Eminence Mario Cardinal Grech presided over the inauguration of the restoration of the seven paintings by the great 17th century Calabrian painter Mattia Preti, which are located in Sarria Church, Floriana. The massive restoration project has been a flagship Din l-Art Ħelwa project over the last twelve years, coordinated by volunteers Maria Grazia Cassar, Patricia Salomone and Simone Mizzi. The event was attended by His Excellency Dr Fabrizio Romano, Italian Ambassador, Prof. Alfred Vella, Rector of the University of Malta, Fr Michael Bugeja, Delegate of the Jesuit Province, Mr Kurt Farrugia, Superintendent of Cultural Heritage, Ms Davina Sammut, Mayor of Floriana, and other distinguished guests and friends of Din l-Art Ħelwa.
The restoration project was led by Dr Giuseppe Mantella, with the collaboration of art historian Prof. Sante Guido, and with the diagnostic assistance of Dr Sebastiano D’Amico from the Department of Geosciences of the University of Malta.
The inauguration event was addressed by Fr Lino Scerri, Rector of the Church, and was concluded with a blessing from Cardinal Grech. Dr Giuseppe Mantella made a presentation outlining the story of the restoration project, which was launched in 2010 when, during the restoration of the St Sebastian, it was noticed that the titular painting dedicated to the Immaculate Conception was suffering from delamination of its layers of paint.
It was explained that Sarria Church was rebuilt by the Order of St John as thanksgiving for the end of the plague of 1675-76 that killed about 8000 people, on the site of an older, smaller chapel. The new and bigger church was reputedly built to Mattia Preti’s design, which would make it the only known architectural work by Mattia Preti. The chapel was built to accommodate seven paintings by Mattia Preti, commissioned by Grand Master Nicolas Cotoner, dedicated to saints associated with protection from the plague. Dr Mantella explained that the paintings had been previously restored on various occasions, but had suffered most damage when, as a precaution during the Second World War, they were rolled up and stored for safe-keeping. The rolling and eventual unrolling had caused severe damage to the paint layers of most of the paintings – hence the launching of the project to restore these masterpieces. New diagnostic technologies were used to carefully map the paintings with the worst damage.
Prof. Alex Torpiano, Executive President of Din l-Art Ħelwa, highlighted the fact that the restored paintings were being inaugurated at the end of another pandemic, and a couple of days after the 57th anniversary of the foundation of the NGO. He thanked the sponsors that had supported the project, namely, the Malta International Airport Foundation which sponsored the restoration of the painting of St Sebastian, Shireburn Software Ltd, of the painting of the Immaculate Conception, Middle Sea Insurance, of the painting of St Roque, the Rotary Clubs of Palermo and of Malta, who sponsored the restoration of St Rosalia, Sparkasse Bank Malta Ltd who sponsored the restoration of St Nicholas of Bari and of the lunette depicting the Archangel Michael, and an anonymous sponsor who supported the restoration of the Apotheosis of the Order of St John. Vassallo Builders had assisted with the scaffolding and restoration of the dome of the Church. Prof. Torpiano thanked all the people who had helped and contributed to the project and reiterated Din l-Art Helwa’s commitment to continue to work in favour of the protection of Malta’s and Gozo’s cultural heritage from the ravages of time and of people.