Of U-turns, justifications and cremation hype 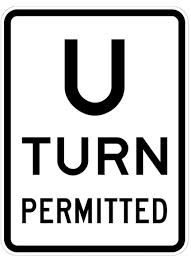 Petra Bianchi’s latest blog hits the nail on its head as it exposes the surreptitious way through which nothing less than scheme rationalisation is being enshrined in the SPED document just released. Besides the Prime Minister’s U-turn on the matter, as rightly underscored by Petra, one must add the one by former Parliamentary Secretary responsible for MEPA – Dr. Michael Farrugia – who went on record during a televised debate with the undersigned last November on PBS (Times Talk) to pledge that development zones would not be increased. The inclusion of new sites within the development boundaries will only come evident when the revised local plans are released and this will not dawn on many, who will only wake up to the new reality when the ODZ plot cheek and jowl with their own property is suddenly up for development. What a crafty way of averting rallies against what is essentially a de facto scheme rationalisation!

During the recent public consultation held by MEPA with reference to the SPED, with was almost exclusively attended by Din l-Art Helwa Council members and MEPA employees (how’s that for a public consultation), it was further revealed that the SPED advocates for an extension of the Cirkewwa and Mgarr harbours. Granted…such a policy direction is coming from central government, which is basically pushing its weight around when it comes to MEPA…but where are the studies to back and justify the need for such harbour extensions? Needless to say, the marine and coastal area around both harbours is extremely important from a conservation point of view, although it’s highly doubtful whether such considerations will have any bearing on decisions taken at the end of day.

Minutes within the release by government of the proposed policy on cemeteries, which envisages also the possibility of crematoria, that a torrent of support for the policy direction was forthcoming by many sectors of society, mainly on the back of crematoria staving off further uptake of uncommitted land through extension of cemeteries. I might be a wet blanket but our economy of scales are such that crematoria are simply unsustainable locally….even if cremation were to be embraced by the local religious and cultural milieu, there would simply not be enough bodies to cremate to make the thing fly. And that can only usher in the usual unpalatable spectres….applications for a change of use in an ODZ area to less legitimate uses, such as residential developments, petrol stations and the works.

And with each new policy being hatched, coincidentally there seems to be a pending planning application already in place for which such a policy is seemingly tailor-made (this is already the case with a number of planning applications for residences in ODZ areas for full-time farmers, and for firework factory extensions, for instance). This time round, in an ODZ area in Attard on the way to Ta’ Qali and Rabat, there is an application for a private cemetery complete with crematorium, with Labour MP Charles Buhagiar being involved. Yet another coincidence??