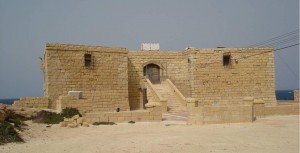 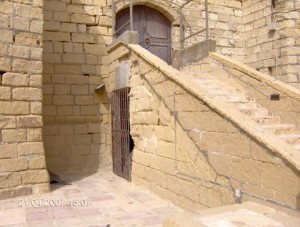 The Times of Malta reports that graffiti has been scrawled on the walls of an 18th-century coastal battery at Qbajjar in Gozo.

In its print version today, the Times describes it as ‘Santa Maria Battery’, although I know it as ‘Qolla l-Bajda Battery’. It was built in 1715-16 by the Knights of St John. It has been abandoned for years and is in desperate need of restoration.

I hope the mess is removed quickly. The local council has already said it is not responsible for the clean up and that it is the responsibility of “third parties”. Well, these third parties don’t seem to care much about the Battery – just look at the state it is in.

In the ‘80s it was being used as a discotheque – I remember going there once when I was a teenager – and various extensions were added on at the back. That was when the battery was seriously damaged, more than this week’s graffiti.

According to the Times, the Gozo Tourism Authority has stated that such acts of vandalism on Gozo’s “historical heritage” tarnish the island’s reputation. But what is more important is that the whole site needs restoration. I understand that this is not always straightforward for many complex reasons, but action needs to be taken on this property. The pictures above were taken about five years ago.

If the battery continues to be abandoned, more damage is sure to follow.