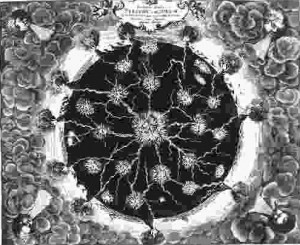 A  recent contribution in the Sunday Times of Malta by my esteemed academic colleague Prof. Mark Anthony Falzon set me thinking beyond the traditional boundaries of the architectural profession. In his piece he ruminated on the fact that our rooftops could be much greener and that we could much better exploit the underground spaces within our landscapes.

The trajectory of my inquiry transported me to the Sassi di Matera in Calabria, a settlement of rock-hewn cave dwellings. In the the 1950s, its abject lack of basic sanitation and high infant mortality rates, earned the Sassi the dubious title of the ‘shame of Italy’.  It was the battlecry for most of the inhabitants to be relocated to more salubrious residential settings. Matera’s scenic qualities however perservered as it was the backdrop of the inspired film settings for Pasolini and more recently, Mel Gibson’s Passion of Christ. In the 1980s it was designated as a World Heritage Site and its newly-acquired status served as the impetus for a sustained restoration and rehabilitation programme. It soon became an intriguing venue off the beaten track for those yearning to appreciate  vernacular architecture. By this time the destitute troglodytic dwellers of former years were a distant memory having been replaced by tourism entrepreneurs and young, tech-savy youthful programmers. From dilapidated cave dwellings to the sight of blinking green lights of computer servers in cavernous settings, one could witness that a radical social transformation was well underway.

Which brings us to the local scenario. We have disused and abandoned quarries in abundance, many a time scars in the natural landscape. To date we have been rather pedantic in the way we have tackled this underground spaces – either fill them with truckloads of construction debris, a layering of soil and then grow citrus trees or as an alternative scenario to construct rows of industrial garages. Now surely we can be more creative and visionary with all these barrieri in our midst. Can we not contemplate having a children’s park  complex set within landscaped gardens and artificial waterfalls or a digital regional library set within acres of soft landscaping and extensive roof areas of photovoltaics aiming for a zero carbon footprint? There are countless opportunities and ideas which transcend the boundaries of the mundane.

Maybe the powers-that-be can kick-start such visions by launching an international design competition for a disused quarry with ample potential.  It makes more sense to focus on creative uses for these spaces and ditch the land-reclamation projects which are not economically viable in our local context and would have a grave impact on the seas around us.

Creativity, innovation and vision are the stuff of dreams. Akira Kurosawa, the famous Japanese film producer once stated that ‘Man is a genius when he is dreaming.’ But if we have to dream can we please conjure Mediterranean dreams rather than sham Dubai-inspired mirages.