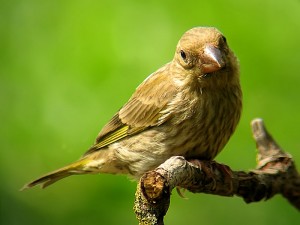 The proposed appointment of Karmenu Vella as European Commissioner for the Environment, Fisheries and Maritime Affairs, has elicited sceptical reactions from the European environmental lobby.

They said that, “the Environment portfolio is being given to a Commissioner whose government is under intense international criticism for failing to implement EU bird conservation legislation, which the Commissioner will now be in a position to amend.”

This is tantamount to putting the fox in charge of the henhouse.

An article in the Guardian argues that Juncker is “calling bluffs” on a number of portfolios, by putting Commissioner-designates in charge of policy areas which their national governments have a problem with.

During the national elections in Malta in 2013 it was openly known that the PL had come to an agreement with the hunting lobby. Environmental organisations, including Din l-Art Helwa, had expressed concern about this.

These concerns were borne out after the election, as various hunting regulations were soon abolished – including the wearing of armbands by hunters in the field, the 3 pm curfew on hunting in September, and the 50 euro fee for a spring hunting licence.

To balance this easing up of regulations, the government said that they beefed up enforcement, but contradictory reports claim that experienced enforcement officers have actually been transferred to other work.

The government is also reintroducing autumn trapping of finches, a controversial practice which was banned in recent years.

The response from the Maltese public to the government’s perceived pro-hunting stance has already been strong enough to result in around 40,000 valid signatures being collected, demanding that the government holds a referendum on spring hunting. This is an unprecedented initiative in this country. The government is, furthermore, suspected of trying to undermine the success of the referendum by seeking ways to not hold local council elections in 2015 in order to reduce voter turnout. A ‘consultation’ on cancelling the local council elections is currently underway, which has been interpreted as an attempt to give legitimacy to a foregone conclusion.

Therefore the proposed appointment of Karmenu Vella, who until only a few months ago formed part of a government widely perceived to be promoting hunting and trapping, as the person in charge of the Birds Directive for the next five years, has naturally triggered unease among environmental groups.

Perhaps Karmenu Vella will prove his critics wrong and turn out to be a great champion of the environment and the principles of sustainability. Perhaps he has every intention of ensuring that that the capture or killing of birds is strictly regulated, and that biodiversity loss throughout Europe is halted. So far his track record does not give any indication of this, but I guess we will just have to wait and see.

Perception is hardly a small matter in politics, and he will have to work extremely hard to prove his environmental credentials in this scenario.