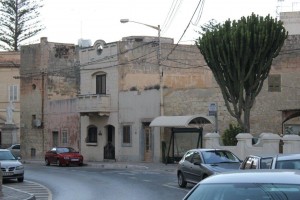 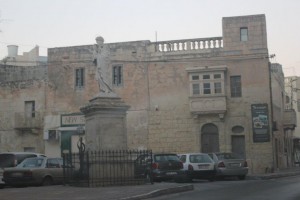 The MEPA Board has approved the demolition of three very old houses right next to the Naxxar parish church. They reasoned that the houses are dilapidated and do not “lend themselves to the current social and economic needs”. They considered that the village cores should be “regenerated and revived”, and that pulling down the old houses displayed a “healthy and holistic approach” and will “improve the streetscape”.

Personally, I had not noticed that the Naxxar church square badly needs to be ‘regenerated and revived’. The last time I looked, it was a thriving and busy place. Many of the surrounding houses are inhabited. Having a few vacant old houses near the church does not translate into any urgency to knock them down and ‘regenerate the area’. Let’s keep things in perspective. All we are talking about here is identifying new uses for three small vacant old houses near the church and converting them, as opposed to demolishing them, and not regenerating or reviving a historic area.

The government has supported the idea that village cores should be regenerated. But if what is now meant by ‘regeneration’ is the demolition of genuinely old buildings with original features in the heart of the village, and their replacement with mediocre and uninteresting new architecture, then it would be better if they just leave things as they are for the time being.

There are so many examples of old buildings which were in a terrible state of disrepair and which have been restored and converted. Many imaginative solutions are possible. It all depends on whether you value old buildings or not.

It is not only grand houses which are important. The smaller old houses in village cores also have their place in Malta’s heritage. This is vernacular architecture representative of the times in which the old village cores were built. Taken as a whole, the old houses and streets together make up the character of the old Maltese villages, which have been recognised and protected as ‘urban conservation areas’.

Unless they have unique features and are scheduled, old buildings are not protected anywhere outside the urban conservation areas. So if parts of these areas are demolished and replaced with entirely new buildings, there will be very little left.

The specific reasons for preserving these particular old houses were brought to the attention of the Board by MEPA’s own Cultural Heritage Advisory Committee which was completely against their demolition, as well by MEPA’s Planning Directorate which recommended that only sensitive interventions and additions to the buildings should be proposed.

But the Board overruled the CHAC and the Planning Directorate, ignored various other objectors and forged ahead, seemingly unable to imagine that these old houses, or at least parts of them, could be retained and sensitively converted.

Demolition was accepted as the best solution for vacant old houses in the village core. This is the dull state of mind which has resulted in the loss of so much of Malta’s heritage, piece by piece.