The environment is not a minority interest 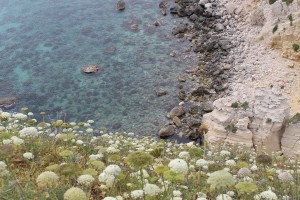 I hope that the debate about the spring hunting referendum does not descend into a sideshow about the definition of minorities and the unassailable right to have a hobby, play bocci or tennis, go sailing or own a horse. Let’s not miss the wood for the trees.

The referendum is about spring hunting, which is not just the pastime of a so-called minority but is also an environmental issue in which everyone has an interest. The conservation of birds and biodiversity in general are not the concern of a minority group. The law that the referendum seeks to abrogate was issued under the Environment Protection Act.

The odd protest rally that walked through Valletta to parliament this week, led by hunters and followed by karozzini owners and off-roaders, aims to restrict the democratic right to vote in referendums. This is wrong, whether you agree with spring hunting or not.

It is of course simpler to keep a firm grip over a handful of politicians, who might be persuaded to trade promises in exchange for votes and power, than it is to convince the public at large. So the petitioners want only politicians on stage. Nobody else should be allowed a part in the drama.

I hope that politicians stay out of the referendum and don’t try to turn it into another contest between themselves, or fan a debate about minorities as a smoke screen. We already know that both main parties support limited spring hunting and that is all we need to know. At this point, the rest is for the voters to decide.