The Opinion of the Kummissjoni Ambjent 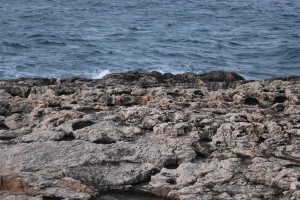 An ‘Opinion Paper‘ published this week by the environmental arm of the Maltese church, the Kummissjoni Interdjocesana Ambjent, does not pull its punches. Will the government take note? Don’t hold your breath.

The Kummissjoni picks up where it left off in an earlier paper of 2007, and joins a growing number of voices calling on the government to carry out adequate assessments before diving in the deep end with major projects and plans, such as land reclamation and a bridge to Gozo. It is essentially a call for prudence in decisions concerning land use, and for better understanding of the long-term environmental and social impacts of such decisions.

The paper begins by railing against the pursuit of personal gain to the detriment of the community. Yet its main focus is the importance of sustainable development and it draws attention to some valid points on land use.

On land use, the Kummissjoni points out that while it is good to do away with unnecessary bureaucracy, the appointment of a Parliamentary Secretary for the ‘Simplification of Bureaucratic Procedures’ should not evolve into “… llaxkar ta’ kontrolli u b’hekk ikunu agevolati individwi jew assocjazjonijiet li tradizzjonalment abbuzaw u sfruttaw l-ambjent ghad-detriment tal-komunita” (… a relaxation of controls thereby accommodating certain individuals or associations that traditionally have abused and exploited the environment to the detriment of the community).

True enough, the ‘common good’ and the safeguarding of undeveloped land do not feature much in the government’s discourse on the environment. Instead we are hearing a lot about a general relaxation of planning regulations. Yet land use is a huge environmental issue in Malta. Land is a limited resource which faces massive pressures.

The Kummissjoni calls on the Malta Council for Economic and Social Development (MCESD) to formally include the environment on its agenda, as all good development must be sustainable. This makes sense, especially as we now have a cabinet minister for sustainable development whose three pillars are the economy, society and the environment. Will the Minister be taking this suggestion forward?

The Kummissjoni questions the recent call for expressions of interest in land reclamation projects, and asks for this to be put on hold as crucial steps, including a serious evaluation of whether land reclamation is desirable at all, were not carried out before the call to the private sector was issued.

The Kummissjoni also questions the ongoing feasibility studies for a bridge across the Gozo channel. It warns against hurried projects which do not adequately factor in social and environmental impacts: “Il-gzejjer taghna ma jifilhux li jbatu minn decizjonijiet xprunati biss mill-fatt li xi hadd ‘jahseb’ li dan il-link ser ihalli impatt pozittiv” (Our islands cannot afford to be impacted negatively by decisions merely triggered by the fact that somebody ‘thinks’ that this link will have a positive impact).

The Kummissjoni contends that the study on the Gozo bridge that is currently being carried out by a Chinese construction company is not likely to be objective: “difficli jkun wiehed oggettiv meta wiehed iqis li ser isir minn kumpanija li hi pregudikata favur l-implimentazzjoni u l-kostruzzjoni ta’ progetti bhal dawn, anke jekk l-istudju ser isir ‘b’xejn u minghajr interessi’” (it is difficult for it to be objective considering that it is being carried out by a company that is prejudiced in favour of the implementation and construction of such projects, even if the study is carried out ‘free of charge and without interests’).

Position papers such as this one by the Curia’s Kummissjoni Ambjent, which is strongly worded and evidently based on discussion and thought, merit an official response and some public debate. A lot is being said about relaxing the existing planning regulations, but by far not enough about the sustainability of land use.