The SPED: two starters but no main course 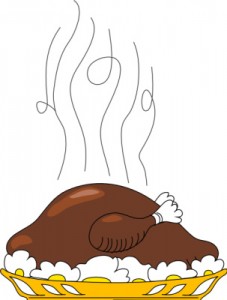 Imagine you are waiting for a very specific and important meal. First you are served the starter. The expected main course then takes very long to arrive. You complain, and complain again. Eventually, the waiter reappears and presents the same starter again, insisting that it is the main course. You are annoyed and query this, but he retorts that the meat will be served with the dessert next week.

This is similar to what has just happened to the long-awaited replacement to the Structure Plan – the so-called ‘Strategic Plan for the Environment and Development’, generally referred to as the ‘SPED’. See the article ‘Environment Strategy is ‘nothing less than a scam”, in yesterday’s Times of Malta.

This story looks like it will drag on. For the moment, I’ll just remind you that in 2012, the government at the time had published a series of objectives for the new SPED.  Since then, the main SPED document has been requested repeatedly. Instead, in 2014 the government has rehashed and republished the objectives and is calling them the SPED itself.

The law says that the SPED must, “set out policies in relation to the development and use of land and sea and shall be illustrated by diagrams as necessary and accompanied by an explanatory memorandum giving a reasoned justification for each of the policies and proposals contained in the plan” (Cap.504, 51(c))

The document that has just been republished does not contain any policies at all.