Yet another PR disaster by the MDA 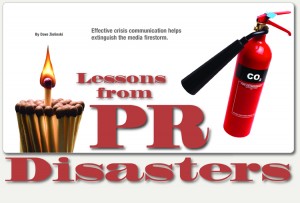 Poor Sandro and developers…seems like NGOs have ruffled their feathers….just imagine…..if a survey were to be held amongst hunters at this point in time about what they perceive to be the largest obstacle and if they approve of the new legislation, I am sure you can anticipate the answers they will give, no? Such a survey is a farce aimed at giving legitimacy to government when it decides to steamroll ahead with the various new obscene proposals.

I hate to be personal but…Sandro, it certainly does not help your cause as an impartial and objective MDA President to be seen actively participating in a partisan political activity as happened last Thursday….it also blows the legitimacy of your survey to smithereens as there is the nagging doubt that you are simply there to prop up the party in government.

One of the silver linings in it all is that it seems that the developers have reiterated their stand against further encroachment on ODZ…I am not sure if this is just tokenism or if they mean it but they have been repeating it for some time now…..so will they protest once government opens up new ODZ plots for development as will happen with the issuing of the new local plans???? Yet another silver lining in the whole affair that the public in general seems to appreciate the thankless work being done by local environmental NGOs, gauging from the torrent of dismay expressed online at Sandro’s statements.

Let’s crunch some numbers for the umpteenth time, since some individuals seems never to learn in their rabid quest for more land and profits. Almost one-third of the Maltese Islands is encroached upon by development, in stark contrast to an EU average of just 5%. Truth be told, we have the highest population density on the continent but we probably also have the highest density of vacant dwellings, at a figure which runs close to 25% of the total stock.

And then the MDA complains (most notably, the ex-MDA President Michael Falzon) that the public is targeting them unfairly and that they are a misunderstood bunch…..when in actual fact they are solely responsible for the latest howler PR which literally shoots them in the foot.