Plan for the Environment – Interview with Petra Caruana Dingli 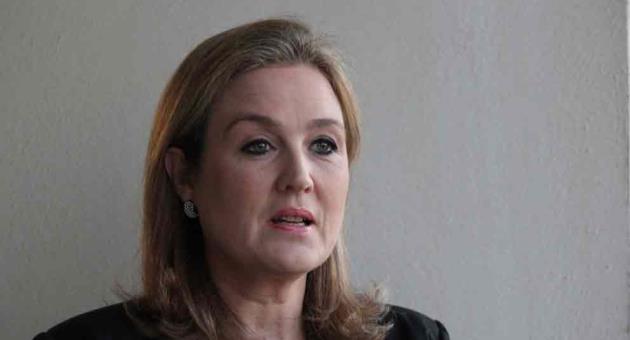 “The new Strategic Plan – which I suggest would be better named the Spatial Strategy – should influence strategic direction for government policy in many areas, including housing, transport, the protection of the countryside, agriculture, climate change, waste treatment and infrastructure. The aim is to achieve sustainable development, and in my personal view the process should therefore be led by the ministry responsible for sustainable development and not by the ministry in charge of development planning,” she said. “As stated in the letter, the lack of a proper strategy invites bad management and abuse. Creating a spatial strategy for Malta should be viewed as a great opportunity, but unfortunately this does not seem to be the case at all”.

“A good strategy, in any field, should contain at least three core elements: analysis of the existing situation, setting of objectives, and an implementation plan with targets. Yet the new spatial strategy hardly addresses implementation at all. As a result the Plan reads more like a list of desirable outcomes than a proper strategy,” Dr Caruana Dingli explained.

The NGO’s Council member has some proposals on the strategy. “In 2012 the government had published a document for consultation, giving some background on the key issues and listing objectives for the new strategy. These could be seen as the first two elements of the strategy”.

Feedback was submitted by the public and the next expected stage was the publication of the full strategy, including the third element which was to consist of implementation through policies, she explained. “A few months ago, after repeated calls including those at the public rally held in Valletta in November 2013, the government finally published the long-awaited spatial strategy. Changes to the document were obviously to be expected with a new administration in place. Instead, NGOs and others following this sector were surprised to find that the almost identical document of 2012 had simply been republished – now presented as the full document but without the third crucial element outlining policies and implementation.  The third part was missing”.

Dr Caruana Dingli argues that since the document is practically the same one that was issued in 2012, then the feedback given by the public and various organisations was ignored. “What happened to all the feedback submitted by the public and various organisations at the time? Was this not taken on board? Normally the results of such consultations are published, together with responses from the authorities”.

An outcry ensued, as people following the sector felt short-changed by this move to eliminate the third section of the strategy, without explaining why this was done.

“The old document was not even well adjusted to fit in with the current direction. For example, on high rise buildings the objectives of 2012 state that the impact of high rise on the Maltese landscape is ‘a matter of concern’.  This statement was simply republished, while the government is now obviously promoting high rise and has just published a new policy on high rise.  A number of new high rise proposals have already been mentioned in the media recently, such as a large development in Mriehel, and a height increase to over 30 storeys for the Town Square project at Qui-si-sana in Sliema”. “Here I am not saying that high-rise is good or bad, but asking why in the current scenario the new national spatial strategy still simply states that high-rise is a matter of concern and nothing more.  It is not acceptable to say one thing in a national strategic document published for consultation, while blatantly promoting something completely different on the ground!”

“This sort of ineptness erodes trust as well as confidence in the competence of the authorities, and for me that is one of the main points in this whole issue.  We want to feel assured that the people in charge know what they are doing, and that they are paying attention to the consequences and the details of their decisions. The public also has a right to know what the authorities are proposing to do and how it will affect the environment in which we live”.

Motivation for the open letter

One of the issues that motivated the letter is the way that government has approached the spatial strategy, “as I have just described,” Dr Caruana Dingli explained.

“For me it is not really about the technical question of whether policies are best located in spatial strategies or in local plans or wherever, but that a national strategic document, which is expected to play a central role in the planning sector and environmental management as well as other areas, has simply been downgraded without proper justification being given to the general public, let alone providing opportunities for discussion”.

“The move to downgrade the role of the spatial strategy was made even more explicit when in April this year the government issued a document on the forthcoming split of MEPA. This document states that the spatial strategy is to be endorsed by the Minister immediately after the public consultation phase”.

“This alters the legal status of the spatial strategy, as according to the current legislation the spatial strategy must be approved by Parliament, as was the case with the Structure Plan in 1992 which it is intended to replace. Now the government is proposing that it will only need approval by the Minister,” she argued.

In its feedback to the government, as well as in its Open Letter to the Prime Minister this week, Din l-Art Helwa has insisted that, as the strategy involves changes of such social, economic and environmental importance, “the attempt to bypass Parliament is a retrograde step which runs directly counter to the commitment to transparency and accountability which the government made on taking office”.

The Open Letter also mentions the fact that certain new planning policies are being approved without reference to the Strategic Plan. What is the danger of government following and issuing these policies before the Plan is in place? “In January of this year, Din l-Art Helwa wrote to the Standing Parliamentary Committee on Environment and Development Planning stating that the new spatial strategy should be finalised before the government embarks on major revisions to existing planning policies or local plans. Din l-Art Helwa objected strongly to the government’s ongoing initiative to revise and introduce a whole new series of important policies before the new strategy was concluded. It noted that the revision of these plans and policies will have major and long-term environmental, social and economic implications, and requested that a list of nine initiatives for new policies and plans were put on hold. One of these was the Rural Policy, however the government has gone ahead as this policy was recently finalised and approved anyway, without even carrying out any environmental assessments let alone finalising the spatial strategy”.

In its Open Letter Din l-Art Helwa also noted that calls for expressions of interest in land reclamation projects have been published without a Marine Spatial Plan being presented, debated or approved. Why is the Marine Spatial Plan needed? What are the implications?

“The lack of a marine spatial plan results in the public being left completely in the dark and having no opportunity to participate at all in discussions about the type of major land reclamation projects currently being proposed following the government’s call for projects – for example, where they are to be located and what they are intended to achieve in the first place. These are large projects which will use public spaces. It also means that no strategic environmental assessment is being carried out”.

MEPA recently published the new revised Rural Policy and Design Guidance which has created a number of concerns for the NGO.

Dr Caruana Dingli believes that the rural policy is likely to have a significant impact on the amount of new buildings, including the conversion and expansion of existing structures, in the countryside.

“Malta’s green spaces are already very limited and we cannot afford to have any unnecessary building outside the development zones. Din l-Art Helwa is very concerned about the growing threats to our diminishing countryside and is about to launch a new campaign called ‘Save the Countryside’ which will focus on this. It will mainly be conducted through Facebook and I urge all your readers to visit and like the Save the Countryside page and support the campaign”.

“The government has also decided not to carry out an assessment of the environmental impacts of the new Rural policy. Din l-Art Helwa has lodged a complaint with the European Commission about this”.

“My own view is that land-use is one of Malta’s most pressing environmental problems and it should be treated as such.  For me the solution was always to strive to achieve further integration of environmental issues and knowledge within the planning regime, taking a holistic approach and avoiding separate treatment of issues. Of course there are many ways to organise regulatory authorities so we will have to see how this move will work in practice to judge it”.

“It is definitely taking far too long which creates uncertainty for everyone, not least the employees themselves. It is also not yet clear how this split will actually add strength to the environmental voice, both within government and outside of it, which as far as I know was supposed to be the aim of the split. If anything this prolonged period of transition may be weakening the environmental arm of the government, at least temporarily,” she concluded.