Interviews with Guido Bonett and Alfred E. Baldacchino – Save the Countryside campaign 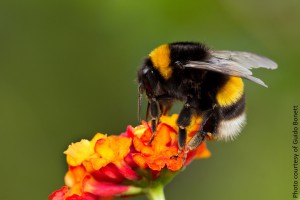 Read the full article in the online edition here.

“The environment is nothing but a buzzword for politicians on both sides, a buzzword used by them to sound nice and be popular”, Environment photographer Guido Bonett told The Malta Independent.

“In my opinion, we have never had a single decent Minister for the environment, and none of them have an idea of what they are talking about. To these people, a piece of land filled with rocks and wildflowers is nothing more than an unproductive piece of land,” he said

“There has been a gradual degradation of the environment. This is due to a number of things, one of which is the mentality, where they believe that if it doesn’t vote or make money then it is useless. The development boom over the past 30 years has been a real back-breaker as far as the environment is concerned”.

Mr Bonett believes that Malta has very much become a consumer-based society and because of this, production continues to grow thus making the situation worse. “40 years ago the word environment did not even exist, so slight improvements have been seen. Over the past few months, however, we have gone backwards”.

Roads also disrupt habitats. “I don’t even want to imagine what kind of damage works around the Salina Coast road has caused”.

“I was brought up in Birkirkara, and from Valley road up to Farsons not a single house was built back then. What really scares me is the possibility of even more development”. Mentioning Ta Cenc, “It is one of the few areas people like me can go and relax in nature, where it is nice and quite, yet everytime I’m there the possibility that this area could be built up creeps into my mind”.

“One thing that really worries me is the state of insect life on the island. Take butterflies for example, we have already lost a number of species and this comes down to the use of pesticides and loss of habitat. If we were to use insects as a thermometer for the wellbeing of the environment then it becomes obvious that we are in trouble. When I was younger, turning over a stone one would find a number of insects and arachnids, from scorpions to centipedes while today one would be lucky to find a couple of snails”. As an example of species lost, Mr Bonnet said that the small copper butterfly hasn’t been sighted for over ten years. Turning to plants, he said we are losing species of plants just as we are losing species of insects.”One must look at nature as a circle. If part of it is cut, then ripple effects will occur and man is part of this chain”.

Turning to marine life, he said that people who want to dispose of certain rubbish just chuck them into the sea. “The amount of sea pollution is staggering. When scouts hold a clean-up session at a beach, they collect around 50 sacks of garbage in a single morning”.

“On a positive note, we have seen great leaps in sewage treatment in Malta”, he said.

Mr Bonett had a message to politicians, telling them to take the environment more seriously and not encroach on virgin land. “Decision makers need to realise that people who care about the environment have as many votes as those who don’t”.

Lack of appreciation a result of greed

Environmentalist Alfred Baldacchino believes that the lack of appreciation for the Maltese eco-system, resulting in extensive development, is a result of greed for materialistic items.

“The fact that we are a small island means that developmental impacts on natural habitats are multiplied. In addition there is a lack of professional management with regard to such developments that leads to the loss of other resources. Take water for example, today we are no longer concerned with storing water when it rains, but rather pay a lot of money to funnel it out to sea. This affects wildlife as all species rely on water. There is also no professional planning when it coms to utilising such a scarce resource. Landscaping is another problem, as it brings about exotic invasive species of plants that contribute to the further destruction of the Maltese environment. If species being destroyed by development are utilised within the development, at least we would see some of what was taken given back to the eco-system”.

“Pollution shows that man doesn’t care for tomorrow, that we are just living for today. We exploit what we can today and tomorrow, should the need arise, we would think about solving the problem. The idea that the earth has been loaned to us by future generations has been completely disregarded.

“The ecosystem is like a web with everything intertwined. Without bees, for example, pollination would not occur, and thus flowers will not be able to multiply. If one is aware of such beneficial use of all living things, one would realise the importance of protecting such things as without them man wouldn’t be able to survive”. Mr Baldacchino explained that insects provide food for other species, so aside from directly helping man, they help sustain other species thus creating a balance.

“Considering the islands are relatively small, Malta has a large amount of species of flora. In the past they were used for traditional medicine and currently there is growing international awareness to the contribution that wild flora can give in medicine. In fact this movement is so great that many are turning back to traditional medicine”.

Due to education and the availability of mass communication there is a strong awareness to the importance of our environment, he said. “We do tend to push the need to educate our children on the environment and while this is important it would take these children 25 years to really begin to contribute to society”. This shows a failure on the part of current generations who are trying to educate but not lead by example, he said.

“Membership in the EU means that we are obliged to transpose European legislation into local legislation and on paper, environmental legislation is sufficient. The main concern is, however, that nobody takes care of such legislation. It is not enforced, not administered and it is an open secret that nobody is eager to help the environment and everyone is just washing their hands of it. This is another failure of social responsibility. Environmental responsibility belongs to every Ministry and every person on this island whether he is a man off the street, the Minister of Environment, the Minister of Health or a member of the clergy. Without this delicate ecological balance, life cannot be sustained. Man is part of the eco-system,” Mr Baldacchino concluded.

Turning to the ‘Save the Countryside’ campaign launched by Din L-Art Helwa, Mr Bonett said; “I am very happy that Din L-Art Helwa took the initiative, which has seen many people showing interest in the environment”.  Mr Baldacchino said that the campaign focusses on saving wild species around the Maltese islands and the environment. “It is useless to protect species without protecting their habitats. This campaign is aimed at creating awareness and communicating the importance of biodiversity with the general public. The campaign is very stimulating and opens doors for future similar campaigns to help communicate and educate the public. It goes without saying that in a couple of years’ time, society and the eco-system will begin to pay the price for such neglect”.