‘Is this scaremongering?’, by George Camilleri 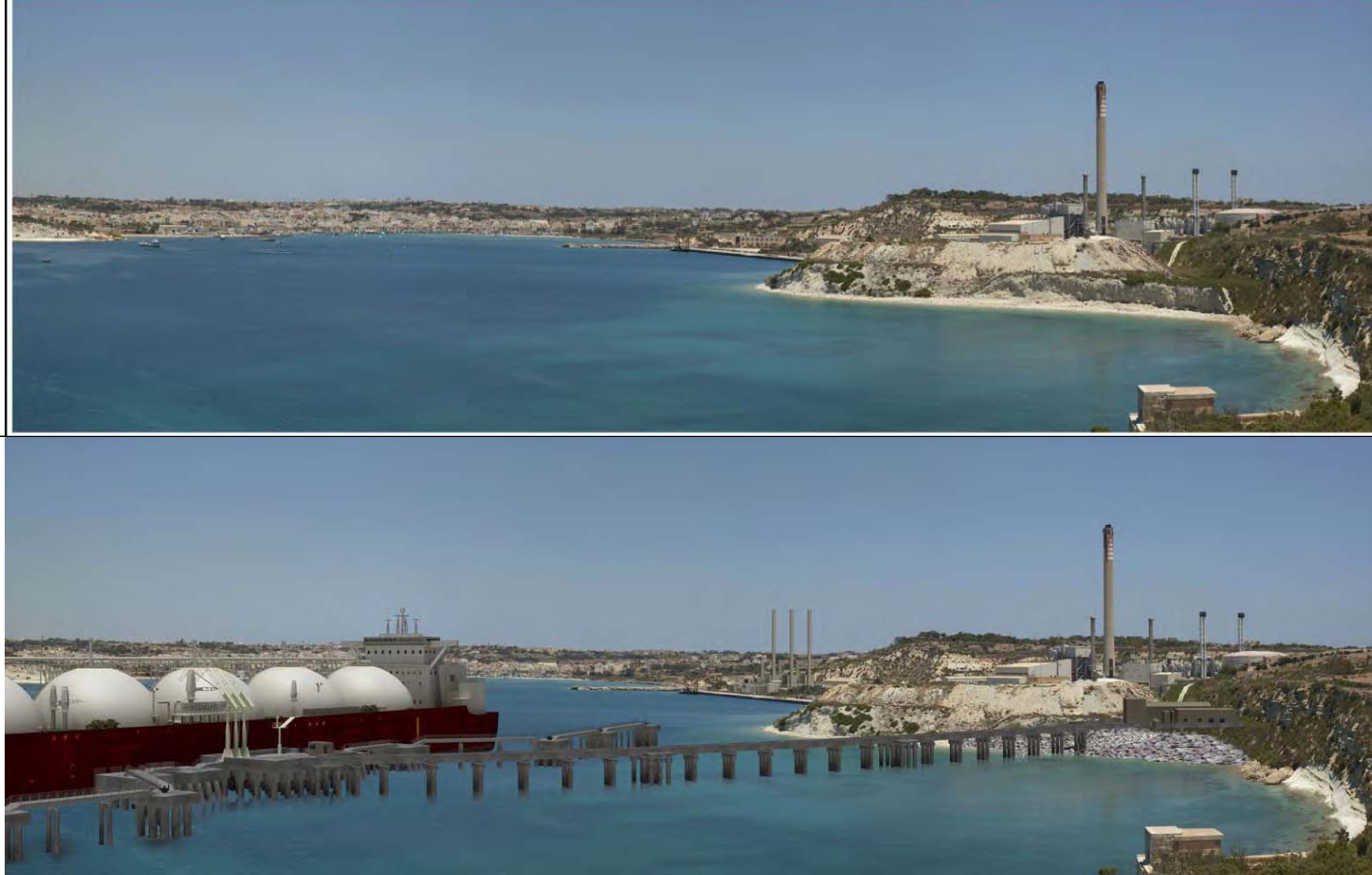 I am unconvinced that the reason for mooring the FSU (Floating Storage Unit) for the new power station inside Marsaxlokk Bay is anything but financially and politically expedient. There are going to be five huge LNG (Liquefied Natural Gas) storage tanks on top of a ship as long and as wide as three football pitches and as high as a 10-storey block of flats moored at the mouth of Marsaxlokk Bay. The LNG in the tanks is in a liquid state at -160˚C and needs to be turned into gas. This will be done in an onshore regasification plant connected to the FSU by a pipeline and a flexible connection also at -160˚C. If the gasification plant were placed on top of the big ship next to the tanks, then it could be moored far offshore and connected to the power station by an ordinary gas pipeline, not one at -160˚C. It would then be designatedan FSRU (Floating Storage Regasifica-tion Unit).

Even if it were technically impossible to have the monster gas globes moored offshore, the gas pipeline connecting with the European grid is a valid alternative that would have completely eliminated any potential hazard. It may have taken a little longer perhaps, but that would have stretched the timeline for implementation of the gas power station beyond 2015 when it is planned to come on line.

The foremost argument against having the floating gas tanks moored inside the bay is one of safety. LNG is a liquid at -160˚C. It’s not under pressure, just very cold. If you fill a bucket with LNG (with care and in protective clothing) and pour it on to the sea it will spread over the surface, heat up, vigorously boil, evaporate and a plume will drift up and away till the bucket is empty. If somebody applied a match to the plume it would just flame till all the gas has been used up. No great problem.

A bucket full of gas is a different kettle of fish to five gas tanks each the size of the Mosta dome. If you spill LNG from tanks that size, it is going to behave very differently to pouring a bucketful of the same stuff slowly into a pool of water. It could spread right into the bay in a southerly wind. Scientific opinion is not even uniform when predicting the behaviour of these huge quantities of LNG. The fact remains that the potential danger exists over an area of a kilometre and more. Given the right conditions, LNG will burn or explode. Skin burns when exposed to -160˚C. Nobody can say that there is no potential danger. Nobody knows when, or even if, anything dramatic will happen – we are told once in 10,000 years but it could be tomorrow – and if it does then lives will be jeopardised with also huge additional damage. No amount of commercial, economic or political doublespeak would justify it.

It was decided very early in the game that the pipeline to and offshore LNG storage were out of the running. We have been told officially that these alternative solutions were not even studied; they were just ‘considered’ and then hurriedly discarded. There is of course a world of difference between ‘studying’ and ‘considering’. Studying involves rigorous research and accurate reporting and is a time consuming process. ‘Considering’ can be as superficial as time permits. And we know that time is of the essence – there is a 2015 deadline to be met.

The official position is that an offshore FSRU is not feasible because of the depth of the sea round and because of problematic continuity of supply due to bad weather. This is deliberate misinformation.

An offshore LNG terminal, with both storage tanks and gasification plant snugly cuddled together on one vessel, can be moored on the Hurd Bank, 20 kilometres away from Marsaxlokk where the water is 50m deep. A similarly sized FSRU was in Malta last summer on its way to Tuscany to be moored 19km offshore in 100m of water. Many more offshore FSRUs are in operation worldwide. Offshore oil exploration platforms have moored in deep waters exposed to all that the elements can throw at them for decades. The official position that bad weather could impact continuity of supply is frankly not to be taken seriously.

This is not scaremongering. It is plain old common sense. The old LPG (Liquid Petroleum Gas) bottling plant at Qajjenza was removed because it was a danger to the residents of Birżebbuġa. It should never have been there in the first place, and the new LNG storage tanks at Delimara shouldn’t be there either.