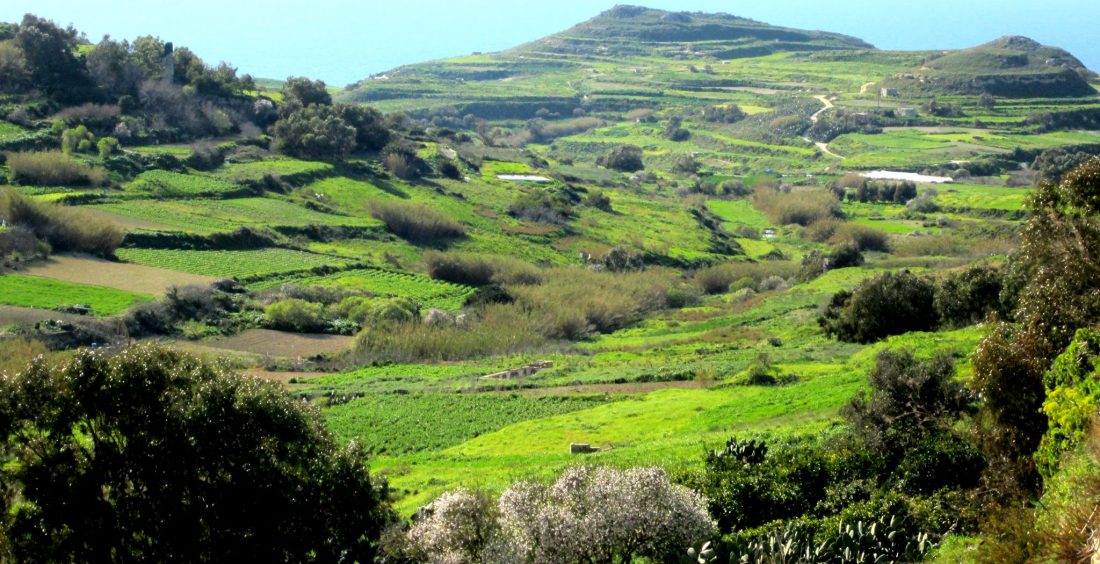 Malta is a beautiful country. it is a small country and it is also one of the most populous countries in the world. This makes what we have all the more precious.

Our countryside is quite spectacular in its variety. From tilled fields and lush valleys to harsh plains or xagħri, the countryside changes and develops with surprising rapidity. It is home to a variety of plant and animal species, some indigenous to these small islands. and, yet, all is under threat. a cheap resource for property speculators who see the price of land within development zones as too expensive and look at cheaper alternatives in protected areas or outside development zones.

Country houses, swimming pools, quarries, schools, universities and agritourism are all potentially permissible developments in outside development zones. there is a veritable onslaught, and the Planning Authority is not proving up to the task where the tone at the top is definitely not in favour of the environment. But development is not the only threat: illegal dumping, illegal closure of public footpaths, structures erected on public land for hunting and trapping and off-roading are all ever-present.

Take a walk in the countryside and you will encounter many examples within minutes. and yet we promote our countryside for winter and off-peak tourism as one of the key attractions. A quick flick through adverts or magazines promoting Malta and the countryside features prominently. It is a key economic resource which we have not recognised – or at least given an economic value to.

Apart from being a resource, we also need it for ourselves – to get away – for a walk in the country, a picnic, a bike ride. the countryside is somewhere to relax and clear our minds, a spiritual revival in our crowded, traffic-ridden island. Perchance a walk in Dingli, Ġebel Ciantar, Baħrija or Fomm ir-Riħ. It is imperative that we take urgent action to protect our countryside. the TPPI think tank and Din l-Art Ħelwa have published a discussion paper titled ‘the future of nature parks in malta’.

Malta’s credentials are very poor in the realm of conservation. The Majjistral Park was set up in 2007, and over 30 Natura 2000 sites have been designated. Some areas are being conserved, but there is no hierarchy, no system and no vision – just ad hoc regulations issued for each site. The need for a proper system of national parks to actively look after our countryside is all the more important since we now have European commitments for our Natura 2000 sites that make up some 13 per cent of the land area. These sites are precious habitats for important fauna and flora of the Maltese Islands.

The discussion paper looks at a number of issues – the organisational structure, the planning legislation which would apply to the national parks, the all-important funding as well as measures to actively look after the areas to be protected. The report is concerned with the structures rather than identifying the areas per se. The newly formed Environment Authority is the obvious choice as the regulator, setting the regulatory framework around which the parks would be managed.

The discussion paper proposes that the regulator would delegate the supervisory tasks to a managing agency, which the authors have called Natura Malta. this agency would oversee and largely fund the site managers who would look after the different sites. the individual protected sites could be managed by individuals, local councils, environmental NGos or even companies. These site managers could apply for funds to assist them and would manage the sites under the terms of a management agreement signed with Natura Malta. This would ensure that the site managers carry out their tasks in accordance to the management plan.

Proper governance arrangements should be in place to control finance and work procedures, as well as monitoring progress against the management plan. Areas would be designated as Park areas by the regulator, and these would include areas of high scenic value, important habitats, and Natura 2000 sites.

The issue of funding is important. Clearly, there are not the funding opportunities available for all the areas to be conserved by fundraising or commercial activities. state assistance, as is normally the case the world over, is required. In malta’s case, the amount is within the country’s financial reach. Indeed, it is important to do so to protect the economic gains currently earned from our natural heritage.

Jurisdiction over planning regulations is always an issue, and in Malta it is a very thorny, political and contentious area. In England, no new structure has been set up to regulate planning issues within areas designated as parks. Instead, the Sandford Principle is applied: “National parks can do much to reconcile public enjoyment with the preservation of natural beauty by good planning and management and the main emphasis must be to continue on this wherever possible. But, even so, there will be situations where the two purposes are irreconcilable. Where this happens priority must be given to the preservation of natural beauty” (lord sandford, 1974).

Malta needs to protect its countryside – this report shows one way we can.