No sitting on the dock 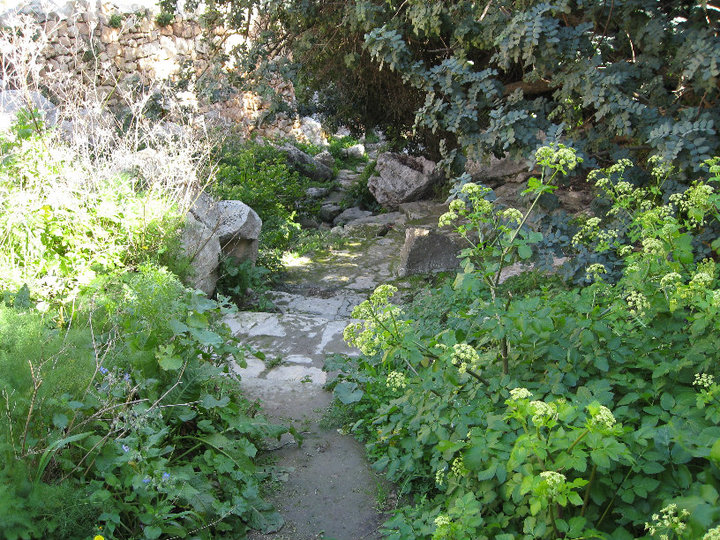 Architect Joanna Spiteri Staines says that the rehabilitation of Dock 1 in Cospicua should serve as a catalyst for holistic urban renewal of Cottonera.

Dock 1, a 19th century dock built by William Scamp (1801-1872) in 1848 for the British Navy, is located in the heart of Vittoriosa, Senglea and Cospicua, collectively known as Cottonera. It lies at the head of Dockyard Creek, where the historic urban spaces of these towns spill onto the water’s edge unbarred by fortifications.
While the dock itself and the housing of maritime facilities for the British Navy had an important economic impact on the social fabric of the three cities in the 19th and 20th centuries, the building of this dock and the use of the shorefront buildings first by the British and then by Malta Drydocks later, imposed a physical separation between these towns and the water’s edge.

The local residents had petitioned Governor Bouverie in 1841 against the lack of access to the sea but this was in vain. And while Senglea never really lost the connection to the waterfront on its northern edge, Vittoriosa only gained access through the waterfront rehabilitation completed at the turn of the century. It was only recently, through the Cottonera Regeneration Project commenced in 2005 and culminating in the landscaping project of the dock and creek beyond, that Cospicua was once again provided with access to its waterfront. The result is a magical reflection of buildings in the surface of the still water.

The buildings which line the Porto delle Galere, as it was known by the Order, initially consisted of the 17th century historic stores or magazzini. They were known as the corps de magazines, built by the Knights as an arsenale where the galleys would winter in the shelter of the vaulted spaces. The vaults are magnificent spaces with the names of the ships harbouring within incised above each entrance. This arsenale was extended over time with the addition of the sail loft. Further facilities were added later through the British dock buildings, designed by William Scamp in 1848, which lined both sides of the dock. The buildings on the eastern side were destroyed during World War II.

The remaining historic buildings, disused and abandoned, are in dire need of restoration. However, the entire area is crying out for holistic urban renewal. Cospicua tops the charts for a few unglamorous facts. While Malta’s literacy rate is at an average of 93.6 per cent, Cospicua’s trails behind at 86 per cent. According to the Social Security Benefits: A Locality Perspective report (National Statistics Office, 2013), Cospicua also has the highest rate of unemployment benefits and assistance in the Southern Harbour area
Not surprisingly therefore, over the years, the three cities of Cospicua, Vittoriosa and Senglea have experienced a decline in their population. This trend was experienced by most dock cities throughout Europe as docks ceased to create employment opportunities and were shut down.

Cospicua had a population of 6,235 in 2001, falling to 5,119 in June 2013 illustrating a decline of 20 per cent of its population in 12 years. Interestingly the three cities in 1861 had an aggregate population of 24,221 – over one in six (18 per cent) of every citizen – with Vittoriosa having a population of 6,414, Senglea 6,887 and Cospicua 11,120 (The Story of Malta, Brian Blouet). This decline in population is also accompanied by an increasing amount of vacant buildings which in 2011 stood at 21.8 per cent of total units in Cospicua, 20.8 per cent of units being vacant in Senglea and over a quarter (26.2 per cent) of units being vacant in Vittoriosa. On top of the 1,300 vacant units privately owned, you also need to factor in the state owned buildings and fortifications which are also abandoned or disused. The scope for renewal is great.

The establishment of a university as a catalyst for change and renewal is now on the cards. The injection of students within the heart of these historic cities can lead to a long-term sustainable solution for renewal. The images of university towns such as Oxford, Cambridge, Heidelberg and Bologna come to mind. The use of the historic city of Cospicua as a campus for students should not only help inject much needed life into the heart of these cities but can also result in effective long-term economic benefits for the community as a whole.

Europe has many successful examples to illustrate the economic benefits of investing in heritage. Yet locating the university lecture halls and ancillary facilities within and around Dock 1 has caused much controversy. Questions have been raised over the decision to hand over (terms of agreement unpublished) such a prime portion of the nation’s historic heritage to Sadeen Group as part of a campus for what has been termed as the ‘American University of Malta’, although it lacks the credentials to be termed a university and so far is termed a higher education institution.

The Dock 1 buildings stretch for around 185 metres and consist of volumes which rise from two to three storeys. Back in 2005, the investor selected for the lease of these properties from government, burdened then with the costs of the complete restoration of the blocks, but also the landscaping of the whole area around the dock, sought additional footprint and larger volumes for the figures to add up. Presumably a commercially led programme initiated today, paying market rates, even if without the burden of the landscaping works, would lead to the exploitation of the site, as was the case in 2005.

Building further storeys on top of the existing historic buildings to accommodate a complex programme is a challenging architectural design task. Increasing building heights and adding further development would mar the current historic skyline which allows the buildings to the west of St Paul Street to have views of the creek and permits views of Senglea and its gate from the dock itself. For a truly successful exercise in the protection of our heritage, any programme selected should not be purely commercially driven. While the restoration and rehabilitation of the historic buildings should be a requirement, an increase in footprint should be avoided.

A much needed master plan for the renewal of the historic spaces and buildings of Cottonera should be prepared, led by planners and experts in the field of urban renewal, with our politicians to champion the proposals. Often the reverse seems to be the case, and Malta’s planning regime is consistently and continuously plagued by politicians acting as planners, making decisions which are based on their individual whims, those of the electorate or commercially driven interests.

The long-term success of rehabilitating the parts of Malta which are in need of urban renewal can only lie in having politicians with foresight prepared to engage the strategic vision of people who are experts in this field as was the case with success stories such as Barcelona’s historic centre or Valencia.

While the partial location of this education institution at Dock 1 can act as a catalyst for change, the area has not been sufficiently studied in terms of its full potential. Within 500 metres of Dock 1 are the fortifications of the Margherita and Cottonera lines. The latter incorporates two bastions – St John and St Nicholas – each with an area of approximately 9,600 square metres. There are several other buildings, regrettably also in a semi-abandoned state. A proper study of the Cospicua enceinte together with a more in-depth study of the amount of empty buildings within Cottonera can lead to an integrated project benefitting not just Cospicua but the whole of Cottonera – and I would argue the south of the island – to house the entire American education institution without the need to sacrifice precious virgin land in Zonqor, which our planners had earlier earmarked for a natural park. No wonder the transfer of land took 15 hours of debate in Parliament on December 15, 2015.

By insisting on the building on 18,000 square metres of land outside the development zones at Zonqor Point, government is denying the communities of Cottonera the opportunity to rehabilitate their own vacant buildings, whether private or public and knowingly scorning the evident benefits of a new park for the regeneration of the south. It is inexplicable that virgin land is being proposed when 1,300 empty units lie vacant in Cottonera. After all, university cities such as Oxford house various faculties in a multitude of separate buildings each lending to the creation of a campus city.

In the Parliamentary Committee meeting held on November 2, 2015, an unsigned document prepared by Mepa, Preliminary Alternative Sites Evaluation Report, was tabled. It recorded an attempt to study the various other sites which could accommodate the American Institution of Higher Learning. The document gave scant technical reasons why certain sites were discarded. For instance, Kordin Industrial Estate was eliminated as follows; “Site includes the Kordin promontory accommodating strategic industrial and sports uses which cannot be relocated. Site also includes numerous structures of cultural importance”. I would have thought that a site which already has basic sports facilities would be perfect for a university. In short, the document and the process for locating the American Higher Education Institution is seriously flawed.

The location of the Malta American Education Institution at Dock 1 is a far better solution than the further destruction of virgin countryside. Indeed the entire educational institution can be located in Cottonera through serious planning. Government needs to engage professionals in the field of urban renewal to harness the economic potential of large investments by interested parties, such as the Sadeen Group, and to channel these investments towards sites where they can catalyse holistic urban renewal.
Government needs to think of the long-term good of Cottonera and the south. Short-term solutions only benefit the very few.

• Joanna Spiteri Staines graduated in Architecture and Civil Engineering from the University of Malta in 1993. She specialised in the restoration of historic buildings and obtained a masters from La Sapienza, Rome in “Restauro dei Monumenti” in 1998. She worked for 22 years with Architecture Project leading projects such as the housing of the Malta Stock Exchange within the Garrison Chapel at Castille Place and the rehabilitation of Pinto Stores as a cruise liner terminal. In 2015, she opened a new architectural practice specialising in the restoration and rehabilitation of historic buildings and sites. For the past 10 years Spiteri Staines has been a council member of Din l-Art Ħelwa and forms part of its Heritage and Environmental Protection team.