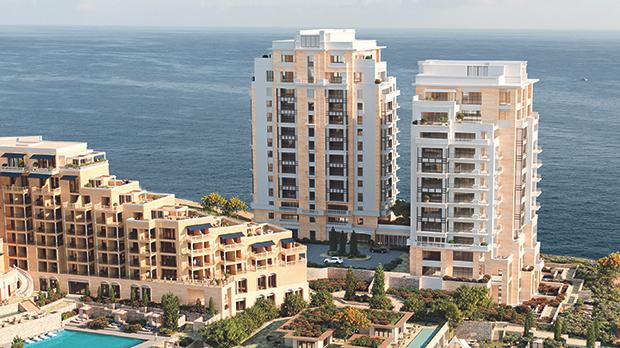 There has been considerable recent debate on whether the right price is being paid to the state for the disposal of public land, for the Corinthia project, (as well as for the dB Tower project). Irrespective of the value of the land, it is important to also focus on other issues; for example on whether it is sustainable for public land to be used for development, in competition with a real estate market that is already thriving. The sale of, or concessions on, public land may sometimes be a necessary tool for government to boost economic activity; but when the economy is booming, almost over-heating, this logic does not hold. Land in Malta is a very scarce and diminishing resource; in similar situations, other countries would consider publicly-owned land as a strategic asset, to be kept in reserve until really needed.

Even more worrisome, in the case of the Corinthia land deal, is the part of the concession that opens the possibility of large-scale land reclamation in the sea, without the need for any additional permits from Government. The developer, IHI, has insisted that it has no intention of undertaking land reclamation around the site, because, they claim, it would not be in the interest of the development they have in mind; however, they have not offered to rescind that part of the contract. This is understandable since such a concession is a very marketable asset; and a new future concessionaire – given that concession transfers are freely allowed – may find it attractive to create real estate in this very remunerative way.

IHI has also offered the explanation that this is a standard condition included in other similar real estate concessions. If this were the case, then Government urgently owes the public a serious explanation; how can it be possible that, at the same time that the Environmental Resources Authority indicates that there are very few, if any, sites where land reclamation can be considered as environmentally acceptable, Government offers such an “appetizing” clause, as standard, offering the possibility of land reclamation, without any additional government permits, or indeed any additional payment to the state? How can Government even hint at development which could have such tremendous environmental impact on the seabed? What benefit is that to the Maltese citizen? And whatever happened to the law that reserves the fore-shore to public ownership?

Din l-Art Ħelwa requests Government to urgently clarify what exactly IHI have been contractually authorized to undertake, even before the Planning Authority has considered what is and what is not acceptable for the site. Din l-Art Ħelwa also demands that the Planning Authority publish the planning criteria that will be adopted to evaluate the proposals, given that there is no over-arching plan for the area.

The fact that the last master-planning exercise for Paceville was botched up by the Planning Authority, because of the wrong methodology, does not change the fact that a proper planning exercise for the area remains vitally necessary. The Planning Authority’s own background document of April 2016 stated that “past planning policy has not managed to provide an integrated strategy for development across Paceville”. The Planning Authority had previously stated that in the absence of a masterplan, project proposals would be assessed against the current Local Plan. But a recent statement has already indicated that the Local Plan has to be modified to accommodate the concession described in the contract. So, is it not legitimate to ask whether there is any planning process at all?

It is sadly evident that, in Malta, development does not happen according to a plan, but plans are driven by development proposals. Once again, the Planning Authority is letting Malta down, by abdicating its role to direct development, as against meekly reacting to developers’ grand proposals. Din l-Art Ħelwa is not against development, but it demands sustainable development for Malta, development which valorizes Malta’s urban and cultural heritage assets, and not sweeps them aside. If Malta is to create the urban heritage of the future, it needs good and intelligent planning now, and not simply a vote for or against developers’ proposals. It is time that governments realize that democracy requires them to bring in citizens in their confidence, share information with them fully, and take decisions on the basis of citizens’ informed opinions; and not a fiefdom where the ruler grants concessions, on our land.