The discipline of archaeology teaches us that no copy or imitiation, no matter how cleverly done can substitute the original. There is an intrinsic importance in the original artifact, which links us with the time when this was created, in a way that a copy cannot. The same principle applies to buildings; whether they originate from an archaic age, such as the Phoenician walls and tower incorporated in some houses in Zurrieq; whether they are medieval vernacular structures, as in many of our village cores, or from more recent eras. The fact that they survived from the past, and form part of the architectural landscape of Malta makes them worthy of preservation. We have come to appreciate our more sophisticated 17th and 18th century architecture, but sadly, the vernacular is not understood at all.

This is evident from the ever increasing rate with which permission is being given to demolish vernacular architecture as though it has no value. There are two traditional buildings on the main square of Zebbug, in a row of houses that is practically integral and intact. There is the little free-standing house on the Marsascala seafront; even the fact that this exists as a free-standing building, indicating its existance pre-dating the more formal town-plan of the terraced rows of houses behind it, should be enough to preserve its uniqueness, however humble and rustic. There are houses in Ghasri, Gozo, with beautiful stone balconies worthy of the setting for “Romeo and Juliet” and the list goes on and on.

There are more applications for demolition; that of a large farmhouse, lablelled as a “dilapidated structure” in Mgarr, and another two vernacular houses on the main square of Mellieha. They are unadorned, true, they are asymetrical and have small apertures typical of this kind of building, but they are good examples of vernacular architecture, which evolved according to the needs of the occupier, and the fruit of tried and tested formulas which have been passed on from generation to generation. No architect could possibly design such buildings, as their beauty lies in the informal arrangement of the various volumes forming each part. In the Mellieha facades, they are two of the plainest possible, and remind one that our vernacular architecture had no scope for visual niceties, in a way a precursor of the “Form Follows Function” maxim coined by the Modernist Movement in the twentieth century. How can one say that such buildings have no architectural merit? or that they are not worthy of preservation? Moreover, these buildings are particular to Malta, and are an important part of our architectural history; you cannot find them anywhere else, and we should be proud of them.

It is true that it is foreigners are always more appreciative of a culture than the locals. This phenomenon applies also to our vernacular buildings. It was the British expats who retired to Malta and began restoring our farmhouses and village houses which no-one gave any consideration to, starting the ‘house of character’ trend. They saw the value and charm of our traditional buildings and thanks to them many were saved. Since then, Malta has evolved as a nation, and 53 years on, with a reputable Faculty of the Built Environment at the University of Malta, a Structure Plan and a Cultural Heritage Act, we do look at things differently and appreciate the finer nuances of cultural heritage.

Modern flats and garages, may also be considered as cultural heritage if they are of exceptional design and quality. However, the demolition of historical buildings to be replaced by mediocre developments is unpardonable.

The Strategic Plan for the Environment and Development (SPED) is also disregarded by ignoring the two urban objectives: “To improve the townscape and environment in historic cores and their setting with a presumption against demolition of property worthy of conservation” and “To identify, protect and enhance the character and amenity of distinct urban areas”.

What we are losing in allowing the demolition of these buildings is the very soul and character of Malta. We are also missing an opportunity of using this heritage to our advantage. Some clever examples of good conservation of vernacular buildings have yielded dividends in attracting the sort of tourists who take pleasure in discovering unique places to stay, rather than in cut-and-paste mass-tourism hotels. A restaurant in a building of character has half its success secured because of the atmosphere created, which can never be replicated. True regeneration will go a long way towards enhancing our built environment, but this does not mean destroying our simple architecture and rebuilding it according to one’s fancy. It has been handed down to us and we have the moral duty to ensure it will live on to enrich future generations. 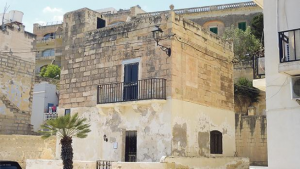 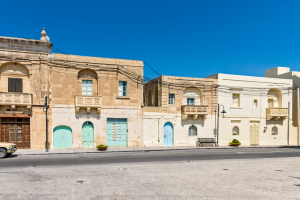 The two houses in Zebbug Square, Gozo – Their demolition has been approved by the Planning Authority (Photo Daniel Cilia) 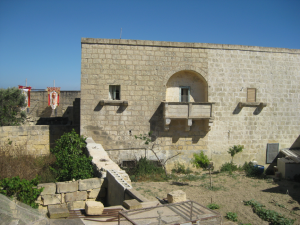 The demolition of this house has been approved, and parts have already disappeared, in spite of the Superintendence for Cultural Heritage issuing an order to stop the works – Ghasri, Gozo 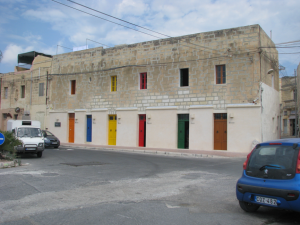