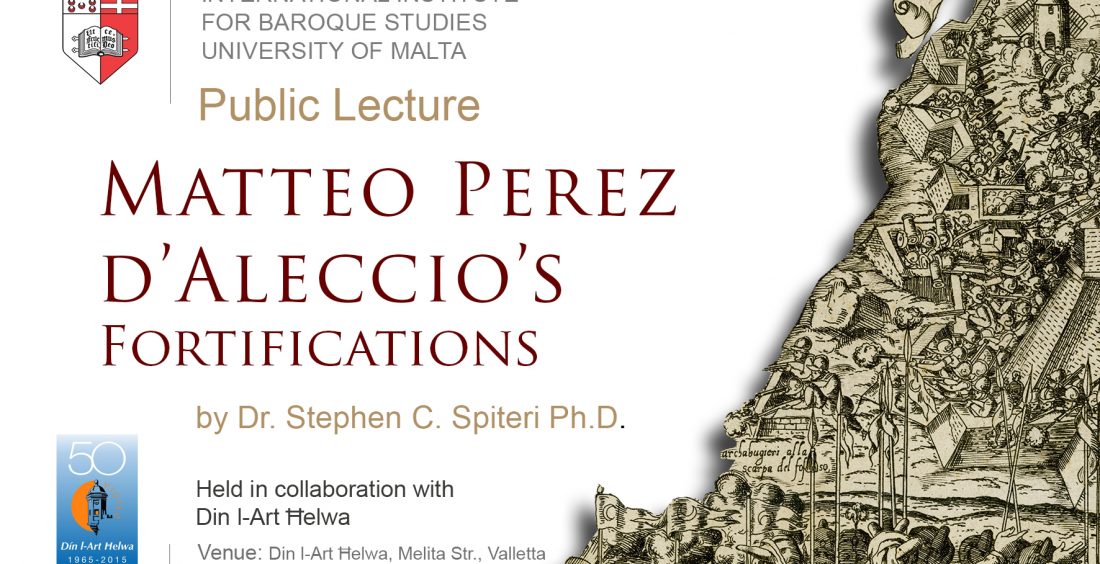 organised by the International Institute for Baroque Studies at the University of Malta, in collaboration with Din l-Art Helwa

Matteo Perez d’Aleccio’s frescoes and prints provide us with some of the first representations of the first generation of fortifications erected by the Hospitaller knights of St John  in the period leading up to the Ottoman siege of Malta in 1565. Using these images as the basis of our understanding of this little known aspect of the Knights’ early defensive works, however, presents students of Hospitaller fortifications with some difficulties. At the essence of the problem lies the question of how much of D’Aleccio’s images comprise a faithful representation of the fortified structures and how much was based on his artistic imagination. In other words, how authentic are D’ Aleccio’s representation of the layout and details of the forts and bastioned enceintes? Were these drawings the product of D’Aleccio’s  efforts to reproduce things as directly seen, and if so, how much did he really understand what he was seeing and how was this, in turn, informed by his knowledge of the language of military architecture?

Dr. Stephen C. Spiteri  Dipl. (Int. Des.) RI,  B.A. (Hons),  Ph.D,  specializes in the military architecture of the Hospitaller Knights of St John and the fortifications of the Maltese islands. He is the author of a number of books and studies on the military history and fortifications of the Knights of St John. Dr. Spiteri is also a part-time lecturer at the International Institute for Baroque Studies at the University of Malta, where he lectures and teaches on the history and development of military architecture, and on the art and science of fortress-building. Dr. Spiteri is currently reading for a second Ph.D degree at the University of Malta, where he is exploring the relationship between art and fortification.