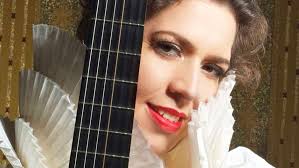 A pioneer of the classical guitar renaissance and contemporary music, Liat Cohen is considered to be one of the most important guitarists in the world today.  She is the first classical guitarist to receive the Nadia and Lili Boulanger Prize awarded by the Fondation de France.  Her transcriptions for guitar of Johann Sebastian Bach have received much acclaim. She has played at the Palais des Beaux Arts in Brussels, Circulo de Bellas Artes in Madrid, Salle Cortot in Paris, the National Theatre of Costa Rica, the Opera National de Montpellier, the Musée des Invalids in Paris, the  Palais des Congrès de Lyon, the Jerusalem Theatre in Tel Aviv and the Palazzo Bernini in Rome. She has performed and collaborated with prestigious conductors and leading orchestras at festivals in the U.S.A., Australia, South America, Turkey, Sweden and Israel, many performances being broadcasted live on national television and radio.

A true virtuoso guitarist, continuing the tradition of Andrés Segovia, Liat Cohen has been dubbed ‘the princess of the classical guitar’.  Guitar Magazine called her ‘a virtuoso of poignant, delicate sound’.  She has been praised for her impeccable technique, her deftness and her resourcefulness.

A friend of Malta where she is much admired, Liat returns to delight the Din l-Art Ħelwa audience with her enchanting music to the backdrop of the newly restored 18C side altar niches at Our Lady of Victory Church which have recently been completed by Giuseppe Mantella Restauri,  with the support of the Alfred Mizzi Foundation.