Press Conference : An informed discussion on the Malta-Gozo tunnel has yet to start 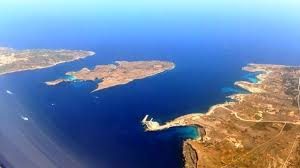 Whilst fully acknowledging the need to address mobility challenges experienced by Gozitan workers and students, we express our disagreement with declarations that the discussion about the Malta-Gozo tunnel is closed and that we are now at an ‘implementation stage’. The discussion has not even begun as there is currently a total lack of studies and information on the utility and impacts of the tunnel. Indeed, it has not even been established whether a tunnel will actually facilitate mobility between the two islands. A decision on whether a tunnel is the best solution to mobility challenges should only be taken after independent, serious and holistic studies have been conducted. Moreover, the public has a right to participate in meaningful consultation, and to be provided with information on this subject to develop an informed opinion.

The impression given by the Project Description Statement published by the Environment and Resources Authority (ERA) is that the tunnel will provide a seamless connection between Malta and Gozo. However, in practice, this won’t necessarily be the case. What is being proposed is a relatively narrow tunnel with one lane in each direction. Considering that up to 9,000 cars will pass through the tunnel daily, coupled with the fact that the tunnel itself might have capacity limitations due to safety issues, the possibility of queuing remains. Studies should determine whether the tunnel will indeed reduce the average journey times between Malta and Gozo, taking into account the capacity of the tunnel itself, as well as higher congestion along the routes leading to it.

The tunnel option should also be compared with other options in terms of costs, impacts and efficacy. For example, a fast-ferry service providing frequent trips from Gozo to different parts of the Maltese island has to be seriously considered. One should bear in mind that a tunnel will inevitably lead to the northern part of the Maltese island, with Gozitans having to then travel all the way to their place of work or study, possibly encountering increased traffic jams along the way. A fast-ferry service might address this in ways that the tunnel cannot. The best solution for improving the connectivity between the two islands can only be determined through studies that consider and compare all possible options.

The tunnel option should also be assessed from a financial sustainability perspective. While the exact costs of the tunnel have not yet been determined, it is estimated that construction costs can hit the 300 million mark. Additionally, a tunnel requires millions of euros annually to monitor, maintain and operate. Assertions that the tunnel will be privately funded in its entirety are unrealistic. If the toll is to remain affordable, constant and significant Government subsidies will be inevitable. Studies should determine the extent of these subsidies and their long-term sustainability.

It is essential that studies about the tunnel are not limited to the construction and operation of the tunnel itself, but taken with a broad view of its impacts. For instance, studies should establish the ripple effect of the tunnel on Gozitan society and its economy, environment and infrastructure, as a result of the rise in cars and in speculative development pressures.

The tunnel is expected to impact the environment on many levels. Prior to deciding on the tunnel option, the full extent of its environmental impacts on Malta and Gozo should be assessed, taking into account factors such as:

The current proposal, which places the Malta tunnel portal close to the quaint hamlet of l-Imbordin, also raises a number of serious archaeological concerns. The l-Imbordin area contains natural and partly enlarged cave dwellings, probably dating to a pre-Knights period, and is also known for its Knights’ period ‘giardini’. Both the cave dwellings and the ‘giardini’ will likely be threatened by the excavation of the tunnel entrance and its infrastructure. The dwellings have been used for centuries and are in good condition. Moreover, the identification of archaeological remains in the area is ongoing.

Considering the undeniable large-scale impact of the tunnel, we call for a Strategic Environment Assessment (SEA), to be carried out before proceeding with any further plans. The SEA is a legal obligation for any plan or programme prepared by government which is likely to have a significant effect on the environment. This has the aim of predicting environmental impacts, evaluating reasonable alternatives and mitigation measures, engaging in broad consultation and influencing the plans by addressing environmental issues at an early stage.

It is only after the necessary studies are concluded and published that a meaningful discussion on the Malta-Gozo tunnel can begin. These studies should provide answers to several important questions, including:

At this stage, we have nothing that shows that the tunnel will effectively address mobility challenges, and that its social, economic and environmental impacts will be sustainable.

We look forward to actively participating in an informed discussion on this subject.

The 13 organisations participating in the Press Conference are:

Click the link below to view Din l-Art Ħelwa President Alex Torpiano who makes a very clear statement about the need for discussion on the tunnel.