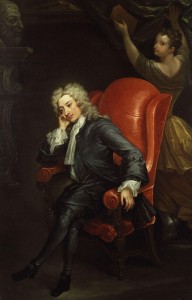 With all this talk of high rise, many people are confused about what to think. Is it better to build high as we have limited land? Will high rise change the character of the Maltese urban landscape? Do we need more apartments and offices?

Surely the last thing that we need is a wave of tall buildings like the one in Paola near the Addolorata cemetery, for which there appears to have been no demand at all, to the point that apparently now it is going to be used for Transport Malta government offices.

This just sends a completely wrong message for the future of high rise in Malta. Are government offices an adequate justification for building high rise?

Assuming that there will be some other demand for them, high-rise buildings will have stunning views and may earn a good profit for developers. Yet the whole of Malta will feel the effect, just as the Portomaso tower and the Paola building are visible for miles around. It is definitely a case of needing to tread with caution – every mistake will have a huge and long-lasting impact on the landscape.

As the poet Alexander Pope pointed out 300 years ago, “Fools rush in where Angels fear to tread.” He was targeting literary critics, but we all know what he means.

High-rise buildings will be built not because there is a need for more housing, as there are plenty of vacant properties around, but in order to provide a different, supposedly more ‘upmarket’ kind of property than what is currently available. The devastation of our towns and villages by the recent building boom has left swathes of uninhabitable and undesirable ugly properties in its wake.

One thing that concerns me is that the entire policy for tall buildings hinges on having tall buildings with designs of a high standard, which the government is already describing as ‘iconic’ in a starry-eyed way, seemingly with visions of a mini Dubai in the Mediterranean before their eyes.

Yet in the proposals that have been published about the future of MEPA there is absolutely no emphasis on design. So how is good design going to be ensured? The Kamra tal-Periti have long called for a Design Review Commission but is it now going to be set up?

There is a serious public trust deficit in developers, planners and, unfortunately, also many architects. As a result, it takes quite a fertile imagination to believe that high-rise buildings are now going to be planned or executed in a manner that will be of benefit to the wider community and not just to specific interest groups.