Privatising even more of our coast 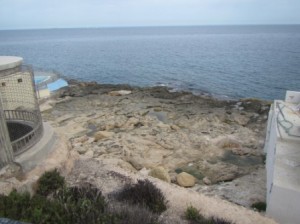 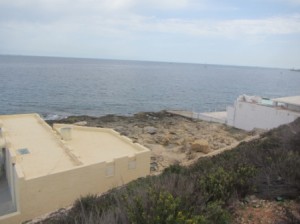 It seems that neither the boathouse phenomenon, the selling-off for a paltry sum of prime coastal sites in St. Julian’s for hotel development, illegal kiosk development, nor plonking caravans or sobering statistics themselves are enough to stave off further development of our beloved coast.

Take Sliema. With its quintessential urban character and intrinsic links with the maritime, Sliema would be the last place one would link with fresh development along the coast. And yet, in March of this year, a development (00014/13) and a planning (02601/13) application have been submitted for the erection of structures for leisure activities…in another words, another lido of sorts.

One can go one step further and say…more of the same, since the earmarked rocky stretch is hemmed in between two other lidos. Not all of the existing lido structures appear in ship shape condition…hence, why apply to encroach on even more coast rather than investing to upgrade existing facilities? Privates should be barred from encroaching even more on the coastline. Circa 5-6 years ago, a couple of hundred meters away from the earmarked site, the Jumbo Lido was dismantled in a move which champions the public right to the foreshore – if the proposed coastal site is developed, this will somewhat unravel such a victory, however small it might have been.

A trawl through anthropologist Prof. Jeremy Boissevain’s work (set in Malta, by the way) – Contesting the Foreshore – is a must (the full book is available online at https://www.google.com.mt/url?sa=t&rct=j&q=&esrc=s&source=web&cd=1&ved=0CCwQFjAA&url=http%3A%2F%2Fwww.oapen.org%2Fdownload%3Ftype%3Ddocument%26docid%3D340221&ei=pd1bUrv3KM-u4QS5qIDICQ&usg=AFQjCNGc5ZCBxw_paNVsU1-tuOxf_2WSlA ).

The Sliema local council is rightly objecting to such development….as a biologist, I augur that environmentalists kick up the same dust storm they rightly do when other assets of Sliema are facing the axe, such as the built heritage, especially considering that the coast is in the public domain.