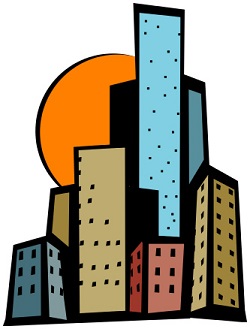 The name ‘Dubai’ is associated with more than just another city state. The word is linked in the collective imagination with shopping malls, ostentatious wealth, and the large-scale consumption of luxury goods and entertainment including extravaganzas like ski slopes of snow in the hot desert.

So many other places have tried to emulate Dubai’s success in some form, that the word ‘Dubaification’ has been coined to describe this trend. And now the fever has evidently reached our shores too.

Over the last year, the government has given sufficient reason to believe that it is holding up Dubai as one of its models for urban development in Malta, but without explaining what this will involve.

We already had a nod towards Dubai some years ago with the Smart City business and ICT park, but this was a single project which is only just beginning to see the light and which has yet to prove its added value to Malta.

Over the last year the government’s dream of Dubai seems to have grown into something more widespread and substantial.

The government is currently pushing for major land reclamation projects by the private sector.  It is promoting ‘iconic’ high-rise buildings. It is promoting the development of an exclusive luxury residential project at White Rocks, to include “upmarket homes, luxury hotels (not less than 5-star), luxury units” and a “high-quality lifestyle community village.”

The new high-rise policy has set the sky as the limit in Qawra, Tigne, Gzira, Marsa and Paceville, and states that the government is “looking for buildings that are icons of architectural quality.”

If further confirmation were needed, in a recent speech the Prime Minister was reported as stating that Malta could become a regional Dubai or Singapore.

Fine, but what will the Dubaification of Malta mean in practice? Icons and logos apart, high-rise buildings and land reclamation are large construction projects but are not an economic strategy in themselves and will not turn Malta into a regional Dubai on their own. It is not enough to cherry-pick a few aspects of Dubai’s economic model, in particular those linked to an outdated theory that construction can be the motor of growth in Malta. This will not work in Malta today and will not provide the jobs that the thousands of graduates from all strata of society expect and will need over the years to come.

Those holding the reins of government should explain clearly what they think this model is and what it really means for the future of Malta, including the long-term environmental, social and economic effects of their version of the ‘Dubai model’ transplanted to our shores.

One obvious place where this vision should be explained, is in the ‘Strategic Plan for Environment and Development’ which was issued by this government in draft form in March. This document should lead the way for the sustainable management of land and sea resources until 2020, taking into account economic, social and cultural factors.

Yet the Strategic Plan only says this about high-rise: “While tall buildings may increase the efficiency of land use if they are actually occupied and may contribute marginally to the provision of open space, their impact on the Maltese landscape is becoming a matter of concern.”

White Rocks is mentioned in the Strategic Plan as an opportunity for an employment hub and market services and not as a “high-quality lifestyle community village” – whatever that might be.

This is extremely confusing. Are we following the left hand or the right hand of the government? On the one hand it is actively targeting a Dubai-style development model for Malta, yet on the other hand there is no hint of this in the Strategic Plan to 2020 issued for public consultation.  The draft Strategic Plan has been widely criticised already as not fit for purpose, and here is another example of it falling short.

These changes over the next years will obviously affect all who live in or care about Malta. It is not acceptable to present one strategic direction to the public for consultation, while deliberately following another. People deserve better than this muddled and opaque approach to urban development.