Interview with Alan Deidun – Save the Countryside 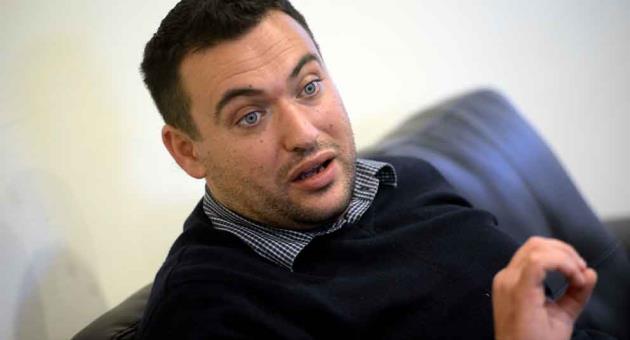 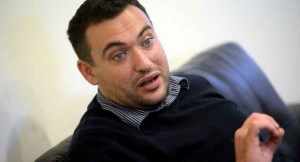 Dumping used as a scheme by developers to get permits

Garbage dumped in green areas is sometimes used as part of a hidden scheme by developers in order to get permission to build up those areas, Professor Alan Deidun tells Kevin Schembri Orland

Developers are dumping in green areas to degrade the area to help facilitate the issuing of permits. If there are species worth preserving, due to dumping they begin to deplete in number or disappear altogether. This is also done, for example, by chopping down certain trees at night and these things still happen today. These people see biodiversity as a threat, Prof Deidun – a marine biologist – told The Malta Independent.

“For example, in Malta we have around 1,000 to 1,200 different types of plants, which is a considerable number for a country of our size. Biodiversity can also refer to the diversity within a single species”.

“Unfortunately there is a very poorly developed civic sense in Malta. Public spaces are still seen as no-man’s land rather than belonging to the community. This is why dumping in green areas occurs. Nowadays there are mechanisms in place to avoid this and one can phone up and bulky rubbish will be picked up from your door”.

For decades, We have been saying that education is the key to solve this, yet how much longer can we keep focussing solely on education in order to end illegal dumping when it still continues to exist? Enforcement is also needed”. He proposed the creation of environmental wardens.

Professor Deidun also proposed strengthening local councils and perhaps giving them a one-time-only sum of money to clean up an area, telling them that if this occurs again in the same spot, they would need to foot the bill. “This gives them ownership and local councils are normally quite weary of being fined, so they would then put up signs etc. Another idea is to stiffen penalties for dumping. This is happening to a certain extent with hunting and trapping”.

Discussing Din L-Art Helwa’s ‘Save the Countryside’ campaign, the professor believes that a campaign focusing on biodiversity is always a good thing as of all the environmental problems, this is one sector that attracts the least attention. “Biodiversity normally gets shoved to the side and having a leading NGO like Din L-Art Helwa holding a campaign on Biodiversity is very positive. Obviously it’s up to us to make this work. Sharing the Facebook page helps, as it gets them thinking about the importance of safeguarding certain landscapes for future generations. You can only challenge the mind-set of politicians by changing the mind-set of the population. In the future I would like to see a similar campaign focussing on the Marine environment”

“Scientists say that we are currently living in a biodiversity crisis, due to the extinction rate being much higher than the background rate. Extinction is a natural event, however due to interference of man, the process is occurring at a much faster rate than normal, around 1,000 times faster. This is described as the 6th major extinction”.

“People might ask ‘what’s the big deal given that there were five other episodes of mass extinction?’ The other five mass extinctions occurred over thousands or hundreds of thousands of years while this one is happening at a much quicker rate, over decades, and is being caused by a single species, man.

Development is a huge problem in Malta. On average around 5% of a European country consists of built-up areas, however this number in Malta stands at around 30%, thus Malta has 6 times more built-up areas than the average EU country, he said.

“Fortunately a number of habitat sites, like the Natura 2000 sites, are protected. If you cannot protect everything, at least make a list of priorities. If I was made to choose, I would target saving species endemic to Malta and those that have a restricted distribution. Through development we are losing biodiversity, however the reasoning is that not all species are equal. So when government decides on a new development zone, they try and do so in areas where a species are abundant elsewhere on the island.  Having said that, through recent changes to planning legislation it is possible for protected area buffer zones to be developed. Such legislative changes include changes to ODZ policy. The point is that we are encroaching on protected areas, while previously these were no-go areas”.

Not all development has the same impact on biodiversity. “For example developing areas caught between two developed areas is one thing, but those areas which are still in their natural state, like cliffs and garigues, are a whole other ball game as the possibility of losing certain important species is far, far higher”.

Regarding MEPA, Professor Deidun is, on paper, fully in favour of having the environment and planning sectors merged, “however we have seen that in MEPA, the planning side eclipses the environmental side. We are giving much more importance to the issuing of permits than the environmental part. I think the MEPA experiment did not work very well. As for the de-merger, everyone needs to see how it will work but I don’t think we should put all of our hopes in it. Things need to change once MEPA is de-merged, it’s useless just pulling out the parts presently there as we will have the same scenarios as before. It needs further investment in the environmental sector.

Professor Deidun also spoke of the importance of insects, given that most people see them as nothing but an annoyance.

“All species have an intrinsic right to exist despite their value to man. Over the past 30 years, a new class of economist has emerged, environmental economists. These basically assign an economic value to a species. They attach financial gain to the habitats of these species and this is used as a tool for decision and policy makers. This means that people who have the environment at heart have a tool to help convince decision makers that it is worth saving a species or a habitat.”

“For some species it is relatively easy to cost their worth, however for others, like flies, it becomes relatively hard to see their positive impact on man. Nonetheless, this doesn’t mean that they do not have a positive impact, for example some flies have a role in pollination, while others might feed on crop pests. Here we should use the precautionary principle, where if their use is not yet known we should be careful as in the future we might discover that they play a role in keeping certain problems at bay. Every species’ has a role to play in an eco-system, even those considered harmful to man such as jellyfish”.

Turning to invasive species, he said that plants, insects and animals that have evolved on islands are usually have done so in isolation from the mainland and when an invasive species is introduced, their impact is more pronounced. Citing Australia and New Zealand as examples of precautionary measures regarding the introduction of new species, he said that people entering these countries would need to step into detergent water in order to ensure that no invasive spores would remain stuck to the bottom of shoes.

Malta has a number of invasive species which have come from abroad, the most common of which was introduced while Malta was still under British rule… the Cape Sorrel.”This plant is native to South Africa and was introduced by accident when Citrus trees were brought over and the weed grew around them. It is out-competing certain native plants and forms a canopy that shades the native plants from light, thus stunting their growth”.